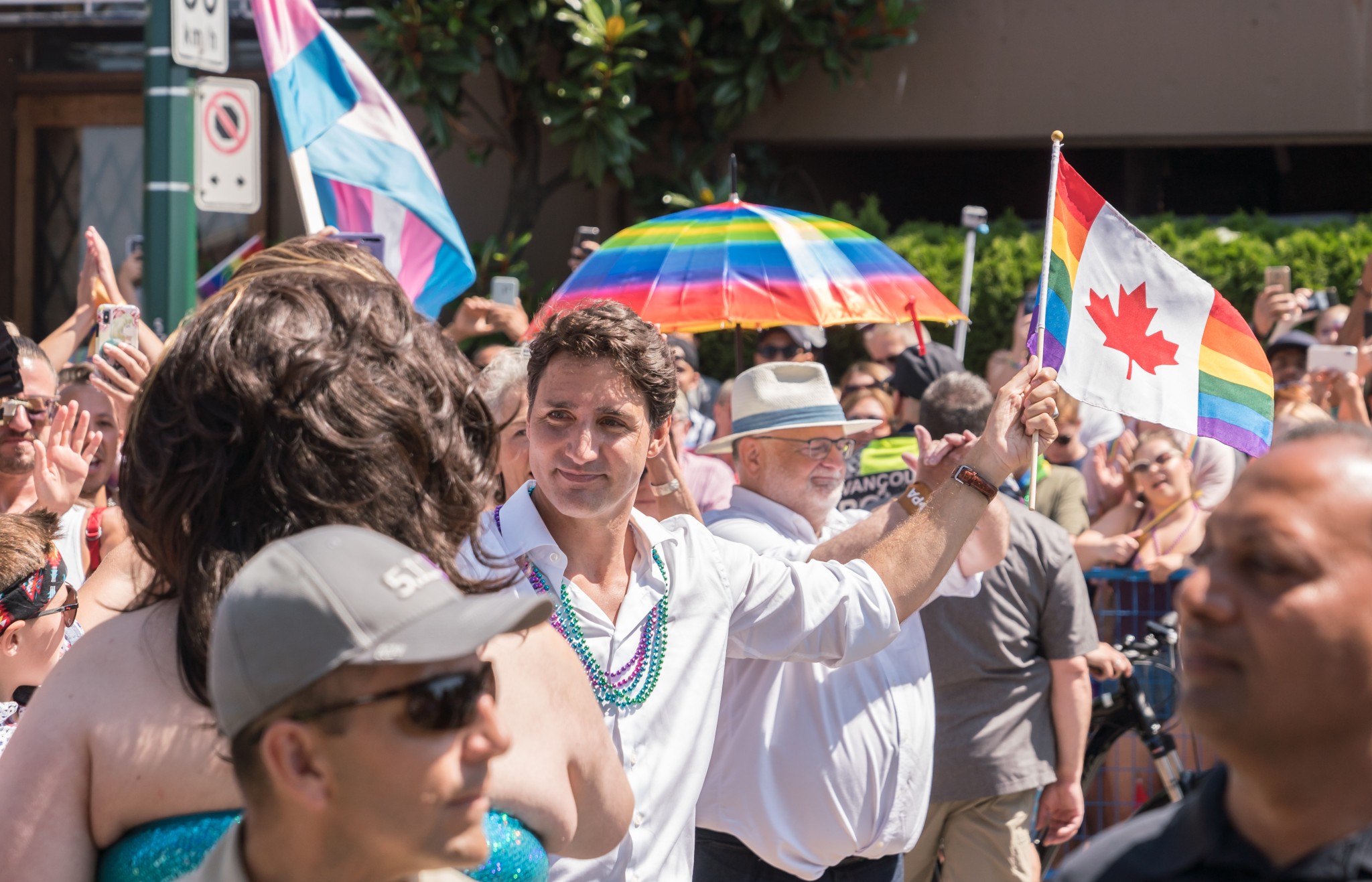 If you missed Canada’s election late last month, you can be forgiven. It ended just like the last two before it: with Justin Trudeau’s left-wing Liberal Party handedly beating out the Conservative opposition just as most predicted. Being the perennial party of choice for the financial and media elite in Toronto and Montreal, the Liberals have won a whopping 75 percent of Canada’s elections since 1900, making the country resemble a kind of one-party-state of sorts.

As usual, Trudeau’s party essentially did what the Democrats here do every election: use social programs to buy votes, scaremonger racial minorities, and generally commit themselves to whichever political fad happens to be big in the mainstream media. It stimulated like clockwork their key constituents, including first- and second-generation immigrants, public-sector unions, and guilt-ridden white elites: blocks large enough to envelop the more naturally conservative lower- and middle-classes. Your average US conservative can no doubt relate.

But according to several of Canada’s conservative analysts, the biggest contributor to Trudeau’s win was the complete fecklessness of the conservative opposition. Just as it had done in its two failed campaigns previously, Conservative Party leadership once again tacked left on most issues, hoping to somehow peel away Trudeau-supporters and curry favor with the left-wing media. This included proposing new ideas for the party like supporting carbon taxes, committing to more firearm bans, giving corporate-board seats to union leaders (who’ll never vote conservative), and banning gay-conversion therapy and even legalizing poppers to attract the gay vote. Not shockingly, it didn’t work and instead drove away many of those natural conservatives as well as right-leaning independents.

True, US conservatives aren’t quite here yet. But what preoccupied the conservative campaign leaders in Canada is the same mentality which informed the twin debacles that were the McCain and Romney campaigns, Jeb Bush’s $150-million-dollar disaster in 2016, and, astoundingly enough, even the 2020 Trump campaign under political novice Jared Kushner.

Also instructive for the US right were those issues the Canadian Conservatives completely ignored for the same tack-left, strategic reasons. National polling in Canada, for instance, consistently shows that stopping mass immigration is hugely important among those tired of needless demographic change, and yet it wasn’t raised at all by Conservatives either this election or in the previous two. The same goes for multiculturalism, which was made an official federal policy under Justin’s dad Pierre in the 1970s, and is at least partly behind the growing attacks on Canada’s ‘white’ history one can observe today—Yes, just like here, statue-toppling in Canada is a very frequent occurrence.

Canadian-raised political scientist Eric Kaufmann might be right when he says Canada is the first “woke nation” on the planet. In addition to the fulsome indictment against the country he penned for the UK’s Daily Telegraph (which you can read here), there’s plenty more he could have added, but for space-constraints. And Americans should be aware. Much of it might come our way soon.

Since he was elected in 2015, Prime Minister Justin Trudeau has stated Canada has no national identity, is systemically racist, and is guilty of genocide—Needless to say, evidence for this is nil across the board. His government’s also adopted the highly inane term “racialized persons” when referring to non-white Canadians (which replaces “visible minorities”, however, whites are oddly still called “non-visible minorities”), and earlier this year he introduced what he says is the first “feminist budget” in history.

Late last year, his “Diversity and Inclusion Minister” gave a U$220,000-taxpayer grant to a group linked to both Antifa and the Southern Poverty Law Center, and his Justice Minister bizarrely declared Proud Boys Canada a terrorist organization—that is, a group akin to ISIS—based on the irrelevant and bogus claim that its counterparts in the US helped organize the January 6 “insurrection.”

When unverified mass graves of indigenous minors were found in two provinces this past summer—linked to Christian-run boarding schools at the early part of last century—a spate of 60 church-arson attacks took place across the country, comprising perhaps the biggest, mass hate-crime in modern Canadian history. Despite evidence pointing to the deaths being flu-related and the graves simply being old and washed-out (wooden crosses can’t weather the elements long, especially in Canada), for Trudeau, the church-burnings were “fully understandable.”

But scariest is perhaps the country’s courts and human rights tribunals. Americans will likely find surprising that affirmative action is an entrenched part of Canada’s constitution—a document enacted late in Canada’s history in 1982 under Justin’s father, Pierre. “Remedial discrimination’s” intended beneficiaries, Indigenous Canadians, receive not only job preferences, but the supposed impact of ‘systemic anti-native racism’ can be taken into account when they’re sentenced for a crime—African-Canadians, who are 3 percent the national population, recently won the same consideration, however, the sentencing judge was reversed on appeal.

But importantly, unlike in the US, where affirmative action has also been made constitutional by SCOTUS decisions such as Bakke and Adarand, in Canada, laws and programs can discriminate simply if they can be argued to have a ‘rational basis.’ This is not a high standard and is akin to that which US state governments must meet when creating things like occupational licenses; something obviously far less serious than making racial exclusion government policy—for this, US courts require the far more exacting “strict scrutiny”-standard.

Knowing who remedial discrimination usually excludes, it’s worth asking what chances do white Canadians have in fighting discrimination up north. Not much, according to most human rights commissions and tribunals. Operating federally and provincially, these bodies are supposed to freely and fairly investigate and adjudicate cases of discrimination in the area of services and employment. But according to the Ontario Human Rights Commission website, “race is a social construct”, Canadian whites must acknowledge their racial “privilege”, and there’s no such thing as reverse racism against whites.

Elsewhere, other human rights bodies apply capitalizations to “black” but not “white” when describing race in their literature and tribunal rulings—The Canadian Broadcasting Corporation, Canada’s state-run media outlet, does the same in its reportage. Putting aside that Canada’s history of black slavery is virtually nil, surely this is something that raises questions about these bodies’ commitment to fair, neutral and unbiased adjudication. As Juvenal famously fretted: “Who will guard the guards”?

What the Roman poet-philosopher expressed nearly 2,000 years ago is exactly why the rule of law and all its guarantees of accountability are essential to fair, open, and classically liberal societies. It can’t be said our friends up north have this anymore. As they’ve shown, it can all be taken away. Americans beware.