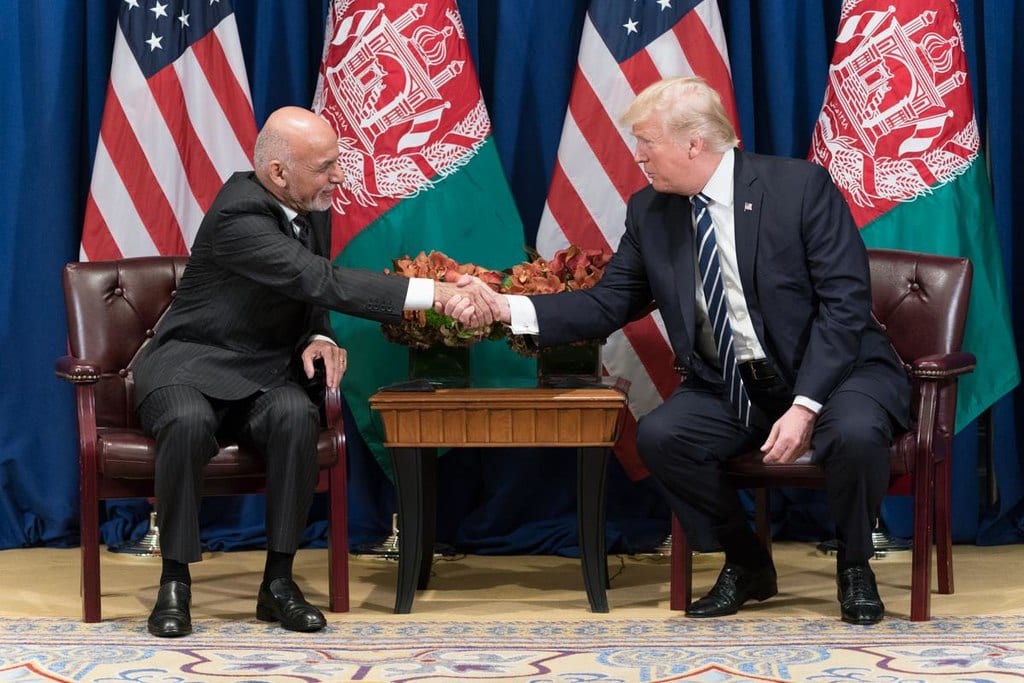 U.S. representatives are reportedly near a deal with the Taliban that would allow us to withdraw almost half of the 14,000 troops we have there in exchange for promises by the Taliban that include divorcing themselves from al-Qaeda, ISIS, and other terrorist networks.

Any such report should be greeted with hope and a good dose of skepticism. The Taliban is undefeated. It receives funds and armament from Russia and China, hosts an Iranian proxy force, and receives men, intelligence, and safe harbor from Pakistan.

Two weeks ago, after meeting with Pakistani President Imran Khan, President Trump startled us with a statement that he could win the war in Afghanistan in a week but he didn’t want to try because it would require the deaths of millions of people. That allusion to nuclear weapons didn’t add credibility to his statement. Trump added that we are working with Pakistan to extricate ourselves.

The president’s bravado is misplaced. No one — especially the Taliban — believes that we could or would win the war there even by slaughtering millions. Trump is also entirely wrong in saying that the Pakistanis are helping us in any fashion. But they’d be glad to open roads through their nation to the sea by which we could evacuate Afghanistan.

We have been at war in Afghanistan since October 7, 2001, when, days after the Taliban refused to surrender Osama bin Laden to us, President Bush ordered our air forces to begin attacking them. Bush made the enormous mistake of turning our war strategy into a nation-building effort that could not succeed.

Obama embraced Bush’s mistake, and Trump, who disdains war, was forced to inherit it. Obama had no less a desire to quit Afghanistan than Trump has. Obama played the “surge” game while announcing a date that the surged forces would be withdrawn. He said he wasn’t “about” victory, so he let the fighting continue without trying to bring about a successful conclusion to the war.

Since 2001, some 2,400 U.S. troops have been killed in Afghanistan, two just last week. We are still trying fecklessly to nation-build in Afghanistan almost 18 years into the war.

Our effort to build something resembling democracy in Afghanistan is feckless for two basic reasons. First, as I have written often, the Taliban cannot be defeated unless their ideology is defeated, an essential part of this war that we have not attempted to fight. We apparently haven’t the stomach for a war on the ideology that propels every Islamic terrorist network. One result of that failure is that the Taliban is the most cohesive political force in Afghanistan’s history.

Since our campaign began in 2001, and for a decade before that, Pakistan’s government — its army and ISI, its Inter-Service Intelligence agency — have been using the Taliban and its predecessors among the Afghani freedom fighters, the “mujahideen.” The mujahideen fought against Soviet forces that tried to conquer Afghanistan from 1979 to 1989. In 1989 the Soviets withdrew, having been defeated by the CIA-armed mujahideen.

After the Soviets withdrew, many of the mujahideen turned to the late Mullah Omar for leadership of a group that became the Taliban.

Not only do the Pakistanis help fund and arm the Taliban, they also allow it political safe haven in a more open manner than they hid Osama bin Laden for a decade. The so-called “Quetta Shura” is a council of senior Taliban leaders that have met in the Pakistani city of Quetta at least since our 2001 campaign began. Pakistan makes a show of arresting some from time to time, but a safe harbor is still available for them.

Pakistan is only one of the biggest reasons to look askance at any deal that would supposedly enable us to withdraw from Afghanistan. There are many others.

Pakistan isn’t the only nation that funds, arms, and gives the Taliban intelligence to use against us. Russia has been doing so for about a decade. China began helping the Taliban in the same ways a few years ago.

Iran has a proxy force in Afghanistan, the “Liwa Fatemiyoun,” which is a subsidiary of the Iranian Revolutionary Guard Corps and probably connected to the Hezbollah terrorists, another Iranian proxy, in Lebanon.

It’s bloody unlikely that the Taliban is going to give up their Russian and Chinese supply chains or their Iranian allies.

The biggest reason to look askance at any such deal is that it will be impossible for us to verify that the Taliban is living up to its end of the bargain. Afghanistan is big — about the size of Texas — and very mountainous.

Human spies, even people we recruit among native Afghanis, are more likely to be caught and killed than to penetrate the Taliban’s top leadership and be able to gauge their behavior accurately. We can and do employ our technological intelligence apparatus — spy satellites and aircraft and the monitoring of every kind of electronic communication — but all of those assets aren’t enough to see and hear what goes on in Afghanistan’s caves, mountains, and villages.

The percentage of the country controlled by the government in Kabul will decrease in proportion to our withdrawal.

The reported deal would require the Taliban to negotiate directly with the government in Kabul, an action it has, so far, refused to take because its position is that the government in Kabul is illegitimate. From that, we have to conclude that future direct negotiations will be only a game by which the Taliban will use the time gained in fruitless negotiation to bring more of the nation under their control.

As Trump said correctly in his latest State of the Union address, “Great nations do not fight endless wars.” But the product of war is a binary function: either you win or you lose. Trump is right to want to greatly reduce our presence in Afghanistan, but he has to be careful how it’s done.

If we leave Afghanistan, the Taliban will quickly reconquer the nation and return it to what it was before 9/11: a safe haven for terrorists to mount attacks against us and the rest of the Western world. That means we cannot withdraw from Afghanistan entirely.

The best Trump can do is to withdraw the vast majority of our ground troops while leaving in Afghanistan sufficient intelligence, airpower, and special forces to prevent the country from returning to its pre-9/11 condition.

That is a huge burden for us to bear indefinitely. But bear it we must, because the alternative is more attacks as bad or worse than 9/11.