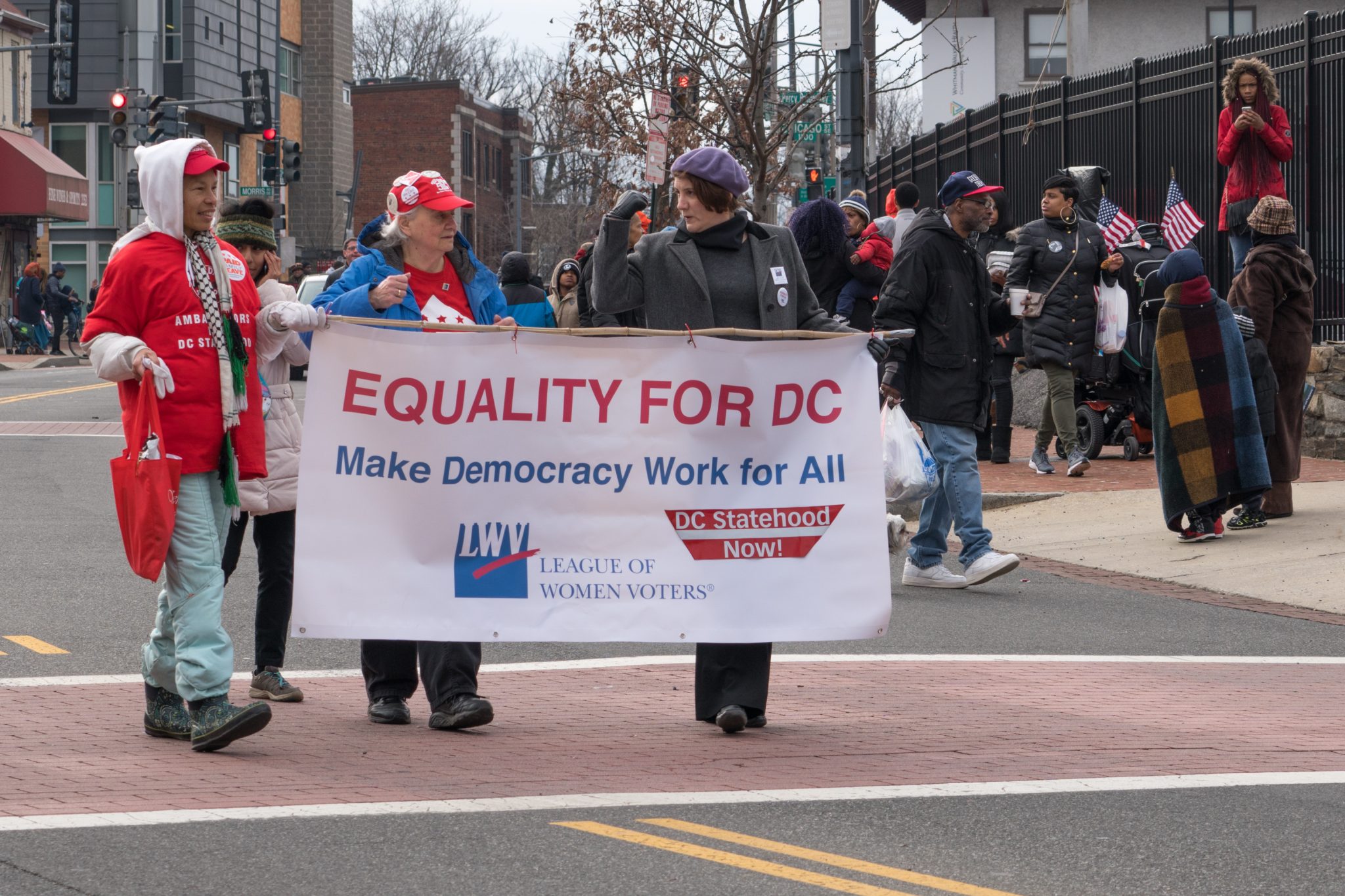 Last Thursday, the House approved legislation to make Washington D.C. the country’s 51st state. Not surprisingly, the bill, known as HR 51, passed along party lines, with 216 Democrats voting in favor of statehood and 208 Republicans voting against.

“By voting for D.C. statehood, the House of Representatives reaffirms this truth that all deserve a voice in our democracy,” House Speaker Nancy Pelosi said shortly before the bill was passed. Given that more than 94 percent of the District’s voters cast ballots against former President Trump in 2020, it is not difficult to see the Democrats’ motive.

HR 51 will now make its way to the Senate chamber, where Senate Majority Leader Chuck Schumer has committed to making it a top priority. “We will try to work a path to get it [statehood] done,” Schumer said. HR 51 is unlikely to advance beyond the Senate, with the filibuster requiring 60 senators to vote in its favor. But that won’t stop the Democrats from pushing for it anyway.

Although a Gallup poll revealed that 64 percent of Americans oppose making D.C. a state, with only 29 percent in favor, congressional Democrats will also have the support of President Biden, whose Office of Management and Budget (OMB) released a statement last week supporting the measure and asking Congress to “provide for a swift and orderly transition to statehood for the people of Washington, D.C.”

So what exactly is the rationale for making D.C., which is roughly one-eighteenth the size of Rhode Island, into a state?

It’s fairly obvious that the Democrats intend to add an additional blue state, all but guaranteeing them two more Democrat senators in perpetuity. Considering that the Democrats already want to pack the Supreme Court, we might as well call this state-packing.

But that’s not how the Democrat leadership is framing it.

According to the District’s government website, “For more than 200 years, the residents of Washington, D.C. have been subjected to systemic inequality and denied the full rights of citizenship…. D.C. has all the same responsibilities, but not the same rights, as our fellow Americans — we are treated as second-class citizens.”

Considering that D.C. ranks as the fourth most expensive city in the country and has a median income of more than $86,000, it would seem rather peculiar that the around 700,000 people who reside in the District would subject themselves to such miserable standards of living.

But just in case there was any confusion as to which residents were adversely affected by not having two Democrat senators representing them, the site clarified:

In other words, because D.C. has a large black population (47 percent), and since the District has only one elected, non-voting member of Congress, people of color do not have representation, and thus are treated like “second class citizens.” “No taxation without representation!” the Democrats scream.

The Democrats’ reasoning is based on the fallacious pretext that unless the District is made into a state, it will remain an oppressive place for people of color to live. And anyone who opposes that idea will be vilified as racist.

As Rep. Mondaire Jones (D-N.Y.) said about Republican members of Congress on the House floor last week, “I have had enough of my colleagues’ racist insinuations that somehow the people of Washington DC are incapable or unworthy of our democracy.”

Evidently Jones is unfamiliar with Article 1, Section 8, of the Constitution, in which the Framers gave Congress the power to “exercise exclusive Legislation in all Cases whatsoever, over such District (not exceeding ten Miles square) as may, by Cession of particular States, and the Acceptance of Congress, become the Seat of the Government of the United States.” While it is certainly true that D.C. residents should have a say on how Congress votes on matters that personally affect them, the District is hardly neglected. It receives federal funding for 33 separate agencies and has seen a 50 percent increase in funding, from $2.2 billion in 2016 to $3.3 billion in 2019.

If HR 51 is passed, it would reduce the federal government’s 10-square-mile territory into a diminished two-mile radius surrounding the National Mall that would only include the White House, the Capitol, the Supreme Court, and several other federal buildings. James Madison, who foresaw this possibility, warned in Federalist 43 that without federal control of the nation’s capital, “the public authority might be insulted and its proceedings interrupted with impunity.”

Is there an alternative?

The historian John Steele Gordon has suggested repealing the 23rd Amendment, which was ratified in 1961 to allow District residents to vote in presidential elections and receive three electoral votes, or no more than the amount of the “least populous state.” Other ideas have included redrawing the borders of the District and dividing up its citizens between Maryland and Virginia.

Gordon proposes that the state of Maryland would assume the District’s voting population, thus allowing D.C. residents to vote in presidential, U.S. Senate, and U.S. House elections. Maryland would then gain an additional member of Congress and receive one more electoral vote. And, for purposes of federal elections only, “the citizens of the seat of government of the United States shall be regarded and counted as being citizens of the state that ceded the land to the Government of the United States,” in the words of his proposed amendment.

This option would provide D.C. citizens with representation for their federal taxes. Problem solved, right?

Not for Democrats. They will never accept such a proposal, because it would actually address concerns about adequate representation instead of achieving their real goal of expanding their power in Congress.

David Keltz was a speechwriter for the Administrator at the U.S. General Services Administration from 2020–21 and is the author of the new book The Campaign of his Life and Media Bias in the Trump Presidency and the Extinction of the Conservative Millennial. He previously served as a White House Intern for Vice President Mike Pence. You can follow him on Twitter @david_keltz.