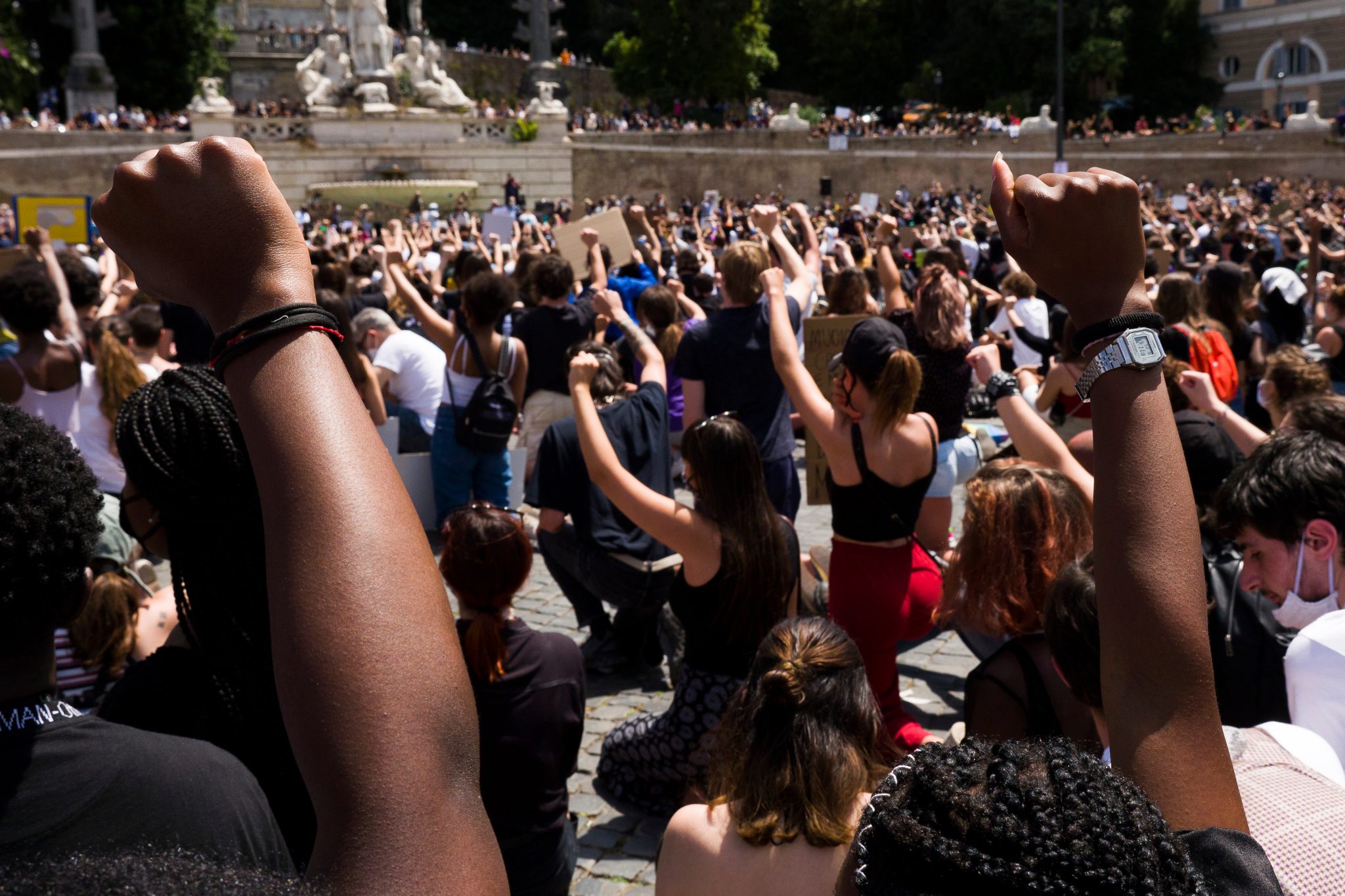 It is sufficiently obvious as to not require detailed explanation that in the modern era, movements for change require intellectuals, activists, and foot soldiers at scale in order to gain traction in the public square, much less achieve some measure of the outcomes sought.

So why is it that in a so-called “50/50” nation, the activist Left in its various forms and combinations — the Women’s March, the ResistanceTM, Black Lives Matter, et. al. — can rally tens of thousands to the streets at the drop of a hat, while similar movements of the Right — with the notable sectarian exceptions of the March for Life and the odd gun rights rally here and there — command no such passion and obeisance? How is it that those promoting leftist causes better sustain organizational vigor despite frequently advocating for execrable objectives (such as defunding the police) utterly bereft of intellectual rigor, evidentiary support, or logical consistency, while their counterparts on the right do little more than to speak hopefully of “silent majorities” who are only ever heard from in voting booths, if at all?

The suite of values constituting classical liberalism brushed away many religious, cultural and civic guardrails of a proto-collectivist bent, but in so doing left a free society devoid of the antibodies necessary to combat a full-blown collectivist infec- er, assault.

Put differently, why do the winning ideals of the classically liberal right — and by winning, I mean those values that contributed to creating the wealthiest, most just society the world has ever known, and which faced down the twin collectivist evils of fascism and communism in a single 50-year period — not inspire the masses to the same degree of those failed, faded pennants carried aloft by the Left?

Classical liberalism — which for these purposes is a term that can be used interchangeably with “conservatism” or “the Right” — prevailed in history through the force of its ideas and the material, cultural and civilizational wealth made possible by their application. In its ascendancy, it had to overcome functional theocracy, the divine right of kings, manorialism, and mercantilism, and it did so through a heady combination of life-affirming foundational principles, notably that of elevating the primacy of the individual, liberty, private property, and the rule of law above competing objectives. The self-actualization and material comfort realized through the practice of these universalist principles drew wide public support, in contrast with narrower ideologies designed largely to entrench incumbent interests.

In prevailing over predecessor forms of social and economic organization, classical liberalism created and commanded those institutions necessary for its continued propagation: commerce, government, primary education, colleges and universities, the civil service, and what we would now call NGOs. These pillars of civil society under republican government reinforced the foundational values of a free society, even where that society failed to live up to its values (in the U.S., the toleration of slavery, for example). Nevertheless, these foundational values have always shone through the murk of actual experience as aspirational destinations, much like a limit in calculus — a Platonic ideal to be approached ever more closely, but never perfectly achieved, if only due to the imperfectability of man.

Having cleared the field of more benighted belief systems, classical liberalism created institutions designed to sustain itself, which ultimately spawned (and were subsequently captured by) novel ideologies adept at exploiting freedom of inquiry, and of speech. Here we find an early expression of the Alinskyite tactic of making institutions live up to their own standards — in this case, exploiting the acceptance of speech itself designed to consequently inhibit and suppress other speech.

But why did these alien constructs arise? The suite of values constituting classical liberalism brushed away many religious, cultural and civic guardrails of a proto-collectivist bent, but in so doing left a free society devoid of the antibodies necessary to combat a full-blown collectivist infec- er, assault.

Victorious in its prior wars of ideas with antiquated forms of social organization and mindful of the abject failure of collectivist projects ranging from small-bore Fabianism to the fall of the Soviet Union (RIP), classical liberalism no longer felt a pressing need to advocate for itself, as the logic of its fundamental tenets was seen to be largely self-evident, it had achieved unprecedented economic and cultural success wherever and whenever properly applied, and institutions of its own making would serve to reinforce and perpetuate its foundational principles.

This proved to be a chimera.

Falling standards of education in most of the liberal West — no more so than in the U.S. — made certain that such beliefs would no longer be “self-evident” but would rather be challenged at every turn by instructional fads ranging from Gaia-worship to promoting self-esteem uber alles. As for economic and cultural successes, these were and are quite real. But, for many communities, absent certain of the aforementioned guardrails of an older civil society, these have been empty successes obtained without value or meaning to many (alas, we are not Economic Man).

Lastly, the institutions — the mainstream and broadcast media, higher education, the foundations, high and low culture —created to safeguard liberal values each turned, one by one, against their original animating principles, leaving the very last — free enterprise — as the final rampart to fall, as it is now doing (observing corporate America eagerly embrace a collection racket in its blind support of “woke” ideology is an act of economic suicide I never thought I’d witness).

The radical Left’s “long march” through academia from the 1950s and 1960s has brought us to where we are today; ground lost can be won back.

Even now, as the dumpster fire that is 2020 barrels on, pundits, publications, and various other outlets of the Right cheer liberal values without acknowledging that without institutional support and a sustained, full-throated multi-generational effort, the chances of such values being transmitted, embraced, and reinforced by civil society are exactly zero.

Let’s consider a straw man. If we’re truly a 50/50 nation, why does any of this matter? Perhaps there is something to those “it’s self-evident” arguments that assures that good can prevail even if left largely unsupported?

I would instead offer the view that, to the contrary, our current 50/50 condition reflects the residual social capital — and we have long been living off the principal of our civilizational inheritance — of once-functioning institutions, along with some element of what used to be called “common sense.” In fact, it’s a minor miracle we have a roughly evenly divided polity; this alone suggests the enduring strength and value of the liberal canon, even when depleted and left to wither unattended.

It is therefore critical that we “sharpen the saw” and make the case for liberal values. But how?

It’s not complicated. Enter every debate (enough of thinking our beliefs “self-evident”). Assume conflicting ideas, positions, and ideologies have intellectual merit, even when they don’t. Argue these points and their advocates into submission; ridicule their ignorance of logic, history, and human nature; and salt the fields once such points have fallen to make sure they never rise again.

Engage every community. Refuse to recognize intellectual ghettos. Go on campus, to urban areas, to “blue” communities along every axis of engagement. Win hearts and minds one at a time, and do so on the unfriendliest of territory. Universal values should be spread, well, universally.

Retake and re-inhabit the institutions. The radical Left’s “long march” through academia from the 1950s and 1960s has brought us to where we are today; ground lost can be won back.

Much of the intellectual Right and its adherents have over the past two generations withdrawn from an increasingly hostile society into commercial materialism, family, or faith, even as the power of these institutions has receded at a societal level. As the saying goes, you may not be interested in war, but war is interested in you. Overused martial analogies aside, this is indeed a war — not merely a “culture war” as often characterized in the media, but a multi-front war about the ideas that will govern our future, and by extension the future of civilization more broadly. It is long past time to abandon our intellectual arrogance and take up the fight that is now upon us.