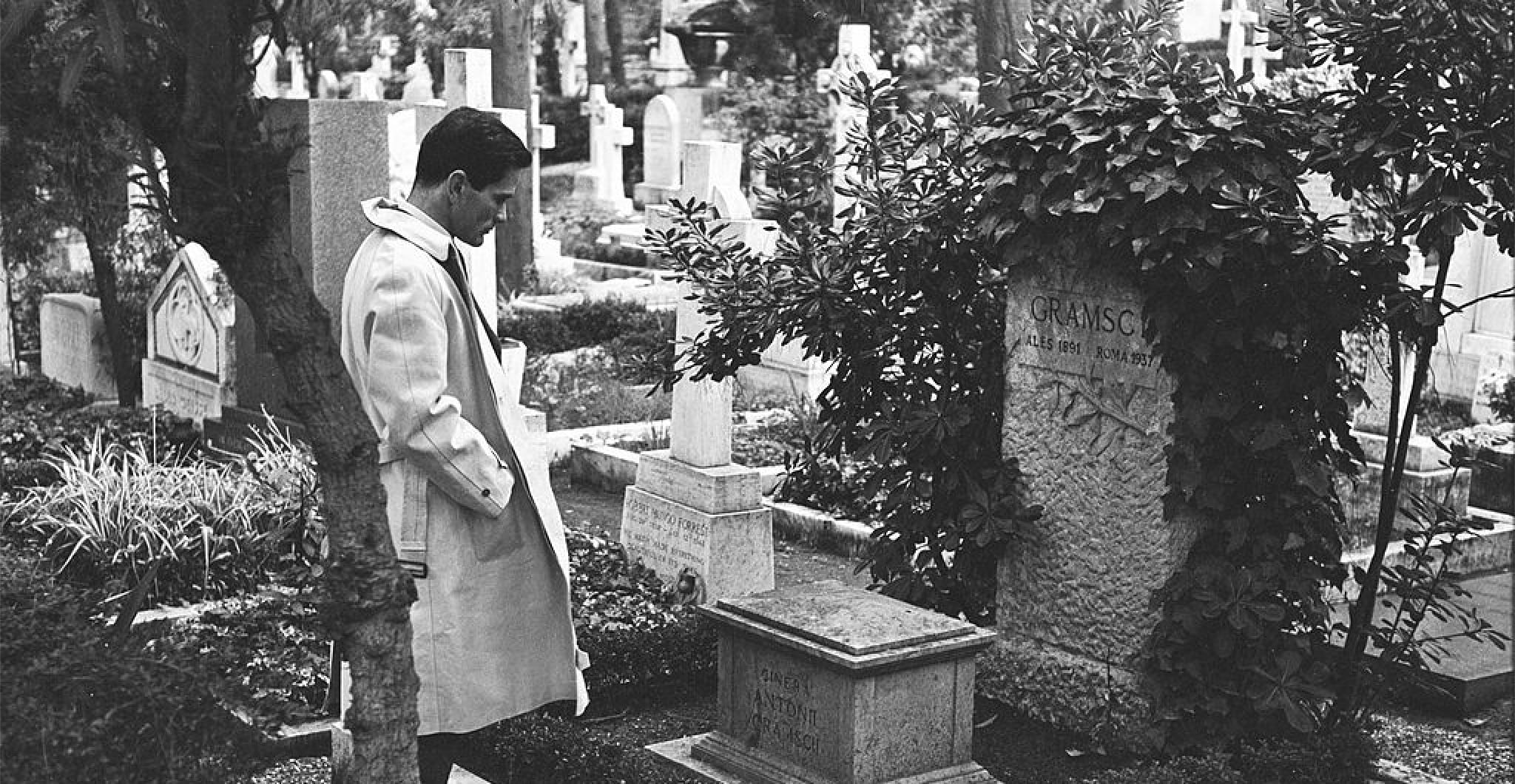 In April 2019, I wrote a detailed piece for The American Spectator titled “Cultural Marxism and Its Conspirators.” It’s a long article that I urge people interested in this topic to please read, particularly before casting aspersions on those of us trying to deal with this sordid subject. Navigating those waters has become especially muddy for reasons I’ll state below.

The piece was inspired when in the spring of 2019 in my Marxism course at Grove City College I did a typical exercise where we pull up the big classroom video screen and Google topics to address that day. We search sites, archives, and publications, ranging from Marxists.org to old copies of The Daily Worker and The New Masses to current posts from People’s World, The Jacobin, the websites of Communist Party USA and the Socialist Workers Party, and on and on. We do this for the added purpose of getting a handle on public perception and what people on the web are saying. We do this numerous times with countless searches on endless terms and topics, as any professor engaged in authentically liberal learning would do in the classroom. On this particular day, we googled “cultural Marxism,” and I was floored when the first thing that popped up on the page was this boxed definition:

I was stunned when I saw that. I had never seen “cultural Marxism” defined that way in all my years looking it up and teaching about the complexities of the term and its origins. An “anti-semitic conspiracy theory”? Says who? Since when? How? Why? Is that the totality of the subject? What kind of a summary is that? Who anointed this anonymous content writer the go-to authority on the subject?

That’s not a definition at all, or at least not an accurate one. The link then charged, “This conspiracy theory is associated with American religious paleoconservatives such as William S. Lind, Pat Buchanan, and Paul Weyrich.” Yeah? And what else? Then this: “but also holds currency among the alt-right, white nationalist groups, and the neo-reactionary movement.”

So that’s what cultural Marxism is, eh? An alt-right, “white nationalist” conspiracy theory? That’s the final word? Again, by whose authority?

As to those listed who have allegedly peddled cultural Marxism as a conspiracy theory, well, granted, anyone can abuse and misappropriate a term. Any group of fools can do whatever they want with a term, but it doesn’t make the term something it isn’t. And to come up with Lind, Buchanan, and Weyrich (of all people) as the totality of writers on this subject is a display of profound ignorance. It is ludicrous, outrageous, absurd. Frankly, it is hard to believe. Who wrote this? A junior high school student? If that “definition” isn’t sheer ignorance and laziness, then it legitimately raises suspicions of political-ideological motivations and manipulation.

In that April 2019 article, I carefully walked through the admittedly elusive history and difficulties and challenges pinning down what is “cultural Marxism.” Other academic writers have attempted the same. (Click here and here for a two-part analysis by a thoughtful British professor, Russell Blackford.) Before I submitted this article today, I awoke this morning to an email from a former student, Nate, asking for suggested reading as he plans to speak on cultural Marxism and liberation theology at his church. I told him to be very careful, because he’s likely to get smacked with a charge of “white nationalist anti-Semitism” by a church member who does nothing more than Google “cultural Marxism” and then dashes off to the pastor. I have hundreds of emails in my inbox from people over the years asking me about the subject, including authors dealing with it in books. It used to be safe to write about, but apparently not anymore.

As for my piece in April 2019, I began with founders like Antonio Gramsci, an Italian, a pioneer of applying Marxist theory to cultural objectives, and someone who was neither Jewish nor a member of the Frankfurt School. (For the record, I have never paused to try to determine if Gramsci, not to mention each “member” of the so-called “Frankfurt School,” was Jewish. I’m not about to investigate the family bloodline in search of Jews. That’s sick!) The leading scholar on Gramsci is none other than the late Joseph Buttigieg, father of Mayor Pete, whom I wrote about here at length in February. I’d estimate that most writers on cultural Marxism, including poorly informed ones, start with Antonio Gramsci, a non-Jew.

Researching this subject is exasperating and requires navigating through specious claims by individuals on both the far right and the far left. Like anything else, it’s a topic subject to misinformation.

In writing the April 2019 piece, I feared not only the abusive power of media search engines but also the possibility of those of us stuck with the occupational hazard of writing about this junk getting labeled as “anti-Semitic conspiracy theorists” or “white nationalists.” Well, bingo — precisely that happened to me a few weeks ago.

Linking to a piece I had done on the differences between classical Marxism and cultural Marxism for the website of the Institute for Faith & Freedom (our think tank at Grove City College), a Grove City College alumnus accused me of perpetuating “white nationalist rhetoric” via an “anti-Semitic dogwhistle and conspiracy theory.” My accuser averred authoritatively, “Cultural Marxism is an anti-Semitic dogwhistle and conspiracy theory that grew out of the Nazi concept of ‘cultural Bolshevism.’ Kengor mocks the idea that it’s a ‘conspiracy’ and then presents the conspiracy narrative, being careful to frame Cultural Marxism’s origins among Jewish scholars as a coincidence.” This assessment was included in a letter against me to the Grove City College president and board.

When I saw that, I was more saddened than surprised. It’s an inevitable consequence of how the term “cultural Marxism” has been defined by Google. It was only a matter of time.

Worse, all that the writer proffered was a piece I did prior to Google suddenly devising the incendiary little description quoted above. The alumnus, who clearly was not familiar with the subject or my writings on it, presumably went with what he found in a quick search. In a sense, I can’t blame him much; and yet, when one Googles “Paul Kengor Cultural Marxism,” what pops up is my April 2019 American Spectator piece dealing precisely with the question of cultural Marxism and conspiracy theory. It’s pretty hard to miss.

How long did it take for me to get smeared with that tag after Google created it? One year. That’s it. I remember sighing and telling my students when I first saw that boxed description, “Well, it’s only a matter of time before I get tarred with that.” Yep, a year. Others, beware. In fact, to my academic colleagues on the left who deal with this subject — beware, my friends, you’re going to get it, too. In fact, I see that Occidental College, which for a long time included “cultural Marxism” and “Frankfurt School” in the “About” section for its Department of Critical Theory & Social Justice, has now scrubbed those words — no doubt seeing how that language is being weaponized by its own allies on the political left. The description by Occidental has been rewritten, a wise response to the nameless dimwits writing web content on things they know virtually nothing about.

I must also strongly reiterate a warning I had issued in the previous article: The term “cultural Marxism” is almost certainly being abused and misunderstood and misapplied by Neanderthals on the “alt-right” and probably by so-called “white nationalists.” I say “almost certainly” and “probably” because I haven’t checked. I don’t know who those groups are or what or where they post. I’m not going there, and I’m not looking. That stuff is ugly. At the opposite extreme, I just finished writing a book called The Devil and Karl Marx, which forced me to visit some hideous websites on the “alt-left.” They’re not pretty. This garbage is all toxic — far left and far right. My advice to all is to avoid it like the plague.

Finally, as I said in my April 2019 article, this is a sad testimony to the destructive power wielded by internet search engines. Their ability to dictate “truth” and shape public perception is enormous. A single tiny academic voice like mine is overwhelmed against this behemoth. Indeed, I write this article here with no expectation that it will correct anything. One professor at a small Christian college in western Pennsylvania versus the mass anonymous power of Google is a hopeless cause. We’re at the mercy of reckless technology. You can only wish that at some point the faceless content writers dissipate and give way to some new faceless content writers who are more accurate. Unfortunately, that seems very unlikely, as the more this bad information spreads, the more it sticks, and no one even knows where it comes from.

And so, what this means is that sincere scholars who struggle to even write about the troubling and confusing topic of cultural Marxism (or, if you prefer, Marxism applied to culture) will get tagged with this “anti-Semitic” smear label. All we can hope is that those inclined to attack us will spend more than five minutes on Google and will find articles like these at The American Spectator.

Alas, I’ll end with a plea to all sides for basic decency and civility. Please, folks, try to be nice to people. Treat your fellow human beings with dignity. Don’t ascribe sinister desires and motives to people just because you disagree with their politics.