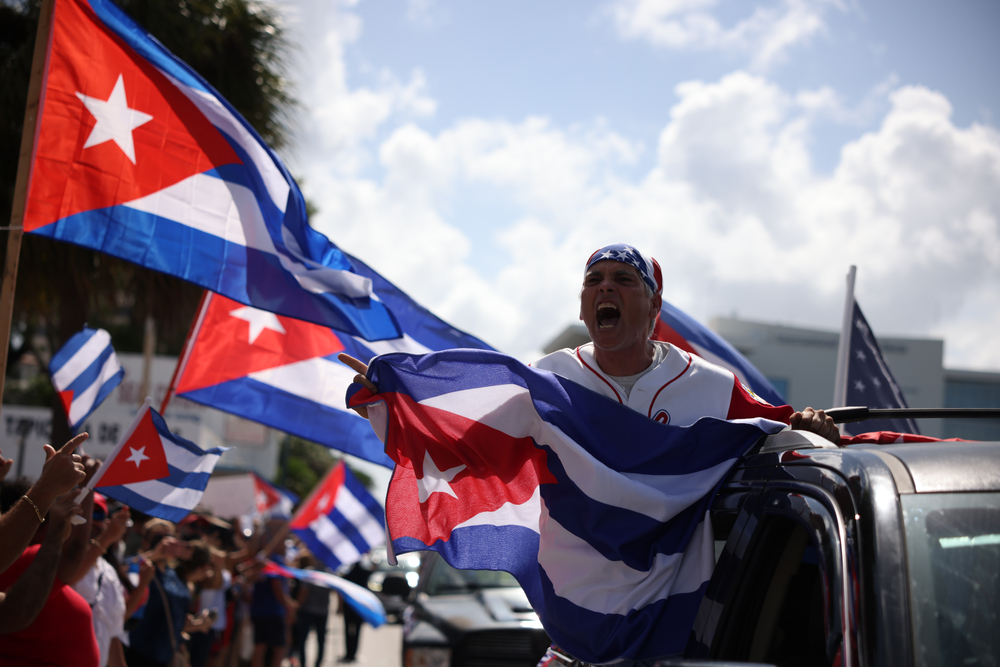 Citizens charged their government with repression. The rebuttal came via a truncheon. Some people miss their own irony.

The Cuban government killed one protester, roughed up cameramen for the Associated Press, abducted citizens from their homes, and shut down the internet in response to demonstrations that erupted last weekend. “The order to fight has been given,” President Miguel Díaz-Canel announced. “Into the street, revolutionaries!”

“The people of Cuba are being punished by the U.S. government because the country has maintained its commitment to sovereignty and self-determination,” Black Lives Matter reasons in an official statement. “United States leaders have tried to crush this Revolution for decades.”

More than a third of Cubans point to African ancestry. Do their lives matter?

“Allow me to be clear,” Homeland Security Secretary Alejandro Mayorkas, whose parents fled Cuba more than a half-century ago, announced this week. “If you take to the sea, you will not come to the United States.”

Best to walk instead. Let no one call this administration always soft on immigration.

American journalists looked briefly when they did not look away. The real war on democracy occurred in Texas, where the Legislature waged war on the franchise by threatening to shorten Election Day to just over a fortnight. But correspondents working for media outlets farther away braved Díaz-Canel’s goons, acting the way Antifa might if they wrested control of a country, to broadcast the story around the world.

“There is no food, no medicine, there is no freedom,” one protester told BBC Mundo. “They do not let us live.” By their own raison d’être of uplifting the poor, Communist Cuba fails miserably.

By periodically eavesdropping on the likes of Noam Chomsky, Bernie Sanders, and Michael Moore, one could glean an impression that the tens of thousands of drownings in the Straits of Florida over the last 60 years occurred among raft-people making their way into Cuba. Their strong attachment to their airy ideas blinded them to immutable fact.

The flattery that communism provides intellectuals in empowering them to order the lives of lesser-thans instills a prejudice in favor of the brutish idea among writers, academics, artists, and other opinion-molders. They know best. So all-in on this bad hand do intellectuals become that folding grows harder not because it indicts the system but because it reveals the thought process of one who identifies as a thinker to be flawed. Know-it-alls do not like admitting error.

Communism never worked outside the heads of its theorists. But the political delusion proves so strong that the overwhelming evidence of the very conditions communism relied on to justify itself, i.e., horrible poverty, a backward health-care system, and the aged compelled to work long past retirement — demonstrated in a very human way in the Cuba and the Cameraman documentary currently showing on Netflix — never becomes an indictment of the system but instead an excuse for true believers to make an excuse, which here again comes in the form of the great boogeyman to the north. When a blackout occurs or a long line appears, the fault strangely belongs not to the government in Havana but to the one more than 1,000 miles away in Washington, D.C.

What would the Cuban regime do without us?

The beautiful idea of equality, sharing, heaven on Earth, and a brotherhood of man that communism promises blinds devotees to the ugly facts. Ideology overwhelms reality. But a worker cannot eat ideology or sleep under ideology or retire on ideology. That explains the current rebellion of reality against abstraction. Wise men do not underestimate the power of abstract idea against someone else’s hunger in any fight. Smokey Robinson sang “You Really Got a Hold on Me” about a woman. It applies to other beautiful visions, too.

“All socialist utopias came to nothing on roast beef and apple pie,” German theorist Werner Sombart famously reasoned in 1906’s Why Is There No Socialism in the United States? Long before 2021 the clearheaded could clearly see that all communist realities come to nothing on mayonnaise sandwiches and black-market aspirin.