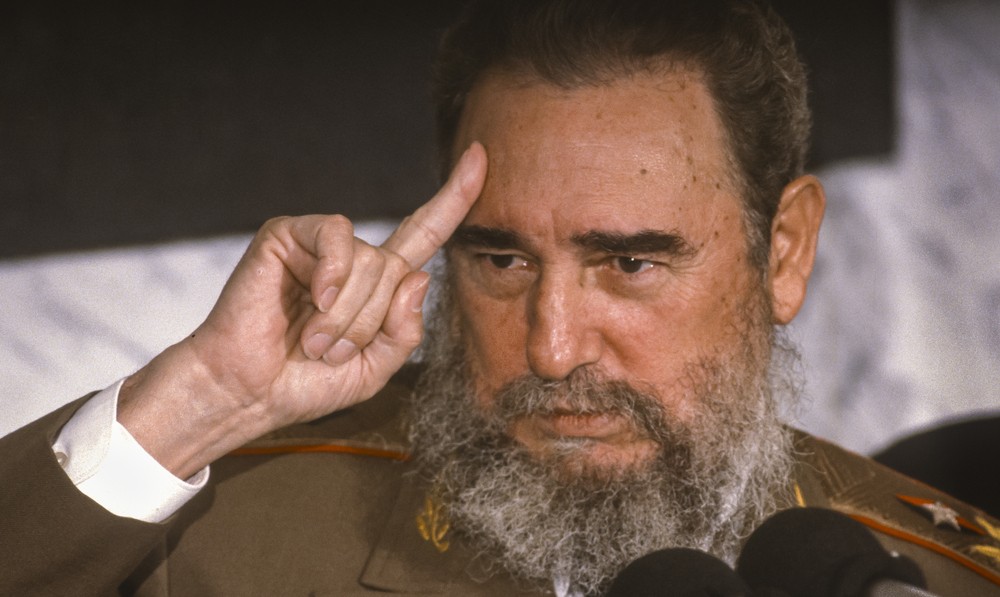 The decision by U.S. Secretary of State Mike Pompeo in the waning days of Donald Trump’s presidency to return the Cuban government to the U.S. terror list drew an immediate reply from Havana and analysts who condemned the measure.

Cuba’s Foreign Minister Bruno Rodríguez qualified the designation as a “hypocritical and cynical” move to “impose additional obstacles to any prospective restoration of bilateral relations” with the incoming administration.

The chief of Cuba–U.S. diplomacy, Carlos Fernandez de Cossio, said he thinks Biden wants to pick up where Obama left off.

Less noticed was the removal from the terror list of Sudan around the same time. Yet what may appear to be a game of political musical chairs is worth examining. Among other things, it tests the usefulness of a terror list in assessing a U.S. administration’s policies in the area of international terrorism.

The Trump administration’s decision with regard to terror-listed regimes reflected a sober assessment of their propensity for supporting and exporting terrorism.

Sudan was placed on the terror list in 1993, on the grounds that it was a supporter of aggressive trans-border terrorism, providing sanctuaries and logistical aid to such notorious figures as Osama bin Laden.

Cuba was placed on the list in 1982, mainly due to the subversive activities that were integral to its foreign policy and indeed its very raison d’etre since the communist seizure of power under Fidel and Raul Castro in 1959.

But Cuba was removed from the terror list during the Obama administration, with then-Vice President Joe Biden’s enthusiastic approval. It may be worth noting here that now-President Biden did not always concur wholeheartedly with his boss. For example, he was opposed to the hunting down and killing of Osama bin Laden, who had long ago left Sudan and was living in a villa in Pakistan.

The U.S. government always has insisted that a country’s place on the list of the damned was a reflection of its ruling clique or regime and should be viewed as a contribution to the eventual restoration of freedom and human rights of the country’s people. For example, Iraq under Saddam Hussein made the list.

Like much of what the government does, the list has its flaws and requires oversight by an honest press and Congress, when the former is not reporting on fascist networks and the latter is not engaging in last year’s presidential election campaign. It is inevitably connected to the foreign policy priorities of the White House and the State department, which are usually, though not always, in sync. Thus, Iraq was not on the list during the Iraq–Iran War, though it was adept at terrorism, domestic and international, as was Iran. But the Reagan administration, for higher reasons of state, felt a need to help Iraq against the Islamic Republic.

The Trump administration’s decision with regard to terror-listed regimes reflected a sober assessment of their propensity for supporting and exporting terrorism.

It comes as no surprise that the most high-ranking members of the stinkers’ club are Iran’s mullahcracy and North Korea’s hermit totalitarians led by the Kim Jong-un family.

Sudan underwent a rather abrupt regime change in 2019, when long-time strongman Omar al-Bashir was overthrown by a military council following massive demonstrations in the capital city of Khartoum, where the great British General Charles Gordon made his last stand in 1885. With the transition toward civilian government under way, Sudan, whose economic sanctions already had been loosened to considerable degree by both the Obama and Trump administrations, was no longer ruled by a rogue regime.

According to the State Department, Sudan negotiated in good faith with Washington. It accepted responsibility for the crimes it committed under al-Bashir — notably in regard to its own province of Darfur as well as during the long war with its southern provinces, which in 2011 voted to form South Sudan. Most significantly for this purpose, it stopped supporting terrorism and, significantly, agreed to compensate victims of terrorism by Khartoum and their relatives.

Unlike Cuba, Sudan does not shelter terrorists wanted by the FBI and is not a strategic ally of countries involved in international terrorism like Iran, Syria, and North Korea. What’s more, Sudan is one of the countries in the region that recently engaged in the Trump-designed Abraham Accords to move toward normal relations with Israel.

Some have lamented that Washington put Havana on the terror list only in the last days of the current administration, arguing that it was a political decision. Of course politics entered the decision. But Cuba got on the list in 1982, during the Reagan administration. It stayed on through all subsequent administrations. It was not until Gen. Raul Castro threatened to block the reopening of embassies in 2015 that President Obama decided to remove Cuba from the list.

Never clearly explained by President Obama or his entourage — including Secretary of State John Kerry and Vice President Joe Biden — is why the opening of embassies was even under discussion with a terror-list country. Actually, Obama and his inner circle were, also for reasons never made clear, of the view that the Castro regime was not as bad as many in Cuba thought.

Obama did more than remove Havana from the list. He returned three Cuban spies, including Gerardo Hernández, who was serving two consecutive life sentences in a federal prison for his role in Cuba’s downing of two civilian airplanes over international waters that killed four Miami residents, members of the “Brothers to the Rescue” organization that patrolled the Caribbean searching for desperate people fleeing the Castro boys on rafts.

Hernandez received special privileges from the Obama administration while still in prison, and was allowed to send his semen to his wife in Cuba so they could conceive a daughter. Obama in that way ignored the fact that Raul Castro had pinned medals on the Cuban air force pilots who shot down the two airplanes in 1996, pilots publicly denounced as cowards by then-Secretary of State Madeleine Albright at the United Nations.

Obama, who had noted that the confrontations between Cuba and the United States started before he was born — an interesting, or at least original, way to think about world affairs — expected that the reopening of the embassies would be part of his legacy.

But sadly, as former Secretary of State John Kerry declared last year, “everyone shares a little bit of disappointment about the direction that the government in Cuba chose to go … Cuba seemed to harden down after the initial steps were taken.”

All of this will surely be reexamined by Jake Sullivan and Antony Blinken, picked by Biden as his national security adviser and secretary of state, respectively.

It’s difficult to believe that a future reexamination of Cuba policy would ignore this reality: despite the concessions by the previous U.S. administration, the Cuban government continued to support and collaborate with international terrorists and did not carry out its promises to Obama to improve the human rights situation and carry out reforms to bring about more freedom on the island.

The coming chairman of the Senate foreign relations committee, Robert Menendez, a Democrat from New Jersey, will remind the White House that the Cuban government does not meet its promises. There’s one exception, though: the United States sells Cuba each year hundreds of millions of dollars in food and medicine, but the payments must be received by U.S. banks before the ships loaded with frozen chicken are allowed to leave port.

By contrast, foreign companies that trusted Cuba’s requests for credit have shown suffered losses. Just in recent weeks, Russia and Angola suspended projects in Cuba valued in the tens of millions precisely because the Havana regime did not meet its payment schedule.

If Obama had conditioned his concessions to Havana on the withdrawal of thousands of Cuban soldiers from Venezuela, the return of fugitive U.S. terrorists and the halt of what Ernesto Guevara used to call “revolutionary terrorism,” Cuba would now probably be a normal country, without the need for perpetual normalization. What’s more, relations between the two countries today would be benefiting Cuban citizens as well as the economic interests and national security of the United States.

Joe Biden has a unique historical opportunity in his hands — to make sure he does not repeat his own mistakes during the eight years of his vice presidency. He can pressure the Cuban government by legal means until it shows reciprocity and proves that it deserves to be removed from a list it was first added to four decades ago.

It is not in Washington where the first steps must be taken. It’s time for Havana to take the initiative and accept responsibilities, abandoning the role of pathetic victim of an imaginary imperialism, and for the gerontocracy to accept that it must respect human rights on the island and embrace the calls for democracy for the Cuban people coming from both the island and the diaspora.