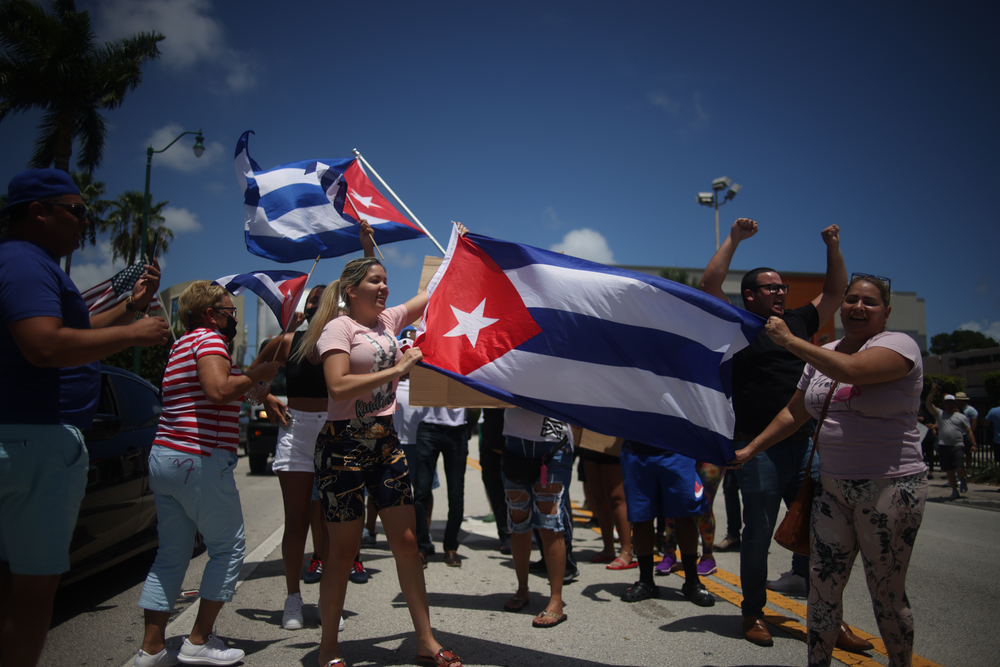 Fidel Castro wrested the reins of power over Cuba from military dictator Fulgencio Batista on Jan. 1, 1959. My friend Luis Haza was eight at the time. His father, Col. Bonifacio Haza, was in command of the National Police in Santiago de Cuba, nearly 300 miles southeast of Havana.

Batista had ruled with military might, leading a reign of terror that saw people taken from their homes, never to return.

For years, numerous factions had been working to overthrow Batista. In December of 1956, Castro and his allies — who had been organizing in Mexico — landed on the eastern shore of Cuba in an attempt to overthrow Batista’s government. In the fighting that followed, most of Castro’s troops were killed, and those who survived lost much of their munitions and supplies.

Undeterred, Castro continued his efforts. By the time he rode victoriously into Santiago de Cuba a little more than two years later, the prevailing belief (including among the island’s business leaders) was that Castro’s overthrow of Batista would lead to democracy and free elections. Colonel Haza believed democracy was Cuba’s destiny and stood with Castro on a stage after Castro first entered Santiago de Cuba in victory.

But it soon became apparent that Castro neither believed in nor would support democracy; Colonel Haza withdrew his support.

Later that month, Colonel Haza was forced into a dark cow pasture, where he and 70 other prisoners were executed under the direction of Raul Castro, Fidel’s younger brother.

“My father thought the revolution was for democracy,” Luis Haza told me years later. “Castro betrayed my father and the entire revolution.”

By 1963, Luis Haza had become an accomplished violinist and was appointed an associate concertmaster of a professional orchestra in Cuba. According to Haza, “the power structure wanted to see if I could be integrated into the system. If they integrate the son of an executed man, it would be a model for all the young people.”

But Luis Haza had a different dream: “To come to the United States for freedom. We knew that in Cuba, eventually, we would die, just like we had seen neighbors die, and so-and-so disappeared. It was a daily thing, a daily subject: American freedom, to go to the United States.”

After Haza refused to play for the elder Castro, a military squad charged into one of his rehearsals and pointed machine guns at him. “Boy! Play something!” they shouted.

He did. “I played the American national anthem, the Star-Spangled Banner. The entire thing! You could hear a pin drop. I finished playing, and nobody knew what to do.”

As Haza was recounting his story, he mentioned having recently attended a ceremony in which a family friend was inducted into the U.S. Army. As he watched the young man swear to protect and defend the United States, Haza understood why his father had given his life for Cuba.

“Now I understand why my father died,” Haza said. In his death, Col. Bonifacio Haza served his country, and in serving his country, he served his family, including his 8-year-old son, who now lives in freedom in the United States.

While many Americans take their freedoms for granted, Luis Haza, whose father defied Castro and was killed for doing so, does not. He understands that the freedoms we have are extraordinary and that freedoms are never free.

This past weekend, over 40 anti-government protests erupted throughout Cuba. At least one person has died, and over 100 are missing, presumably arrested. The Biden administration first attributed the protests to COVID, but the cries were for “Libertad”: liberty.

Raul Castro, who had succeeded his ailing brother Fidel as secretary general of the Communist Party of Cuba in 2011, resigned this year, but he still wields enormous power. President Miguel Díaz-Canel has attempted to blame the United States for the protests. Haza recounted to me how the Cuban government would blame everything bad, including the weather, on the U.S. government, and many Cubans believed the propaganda.

The people of Cuba are still waiting for the democracy and free elections promised to them 62 years ago. It’s time for that promise to be kept.