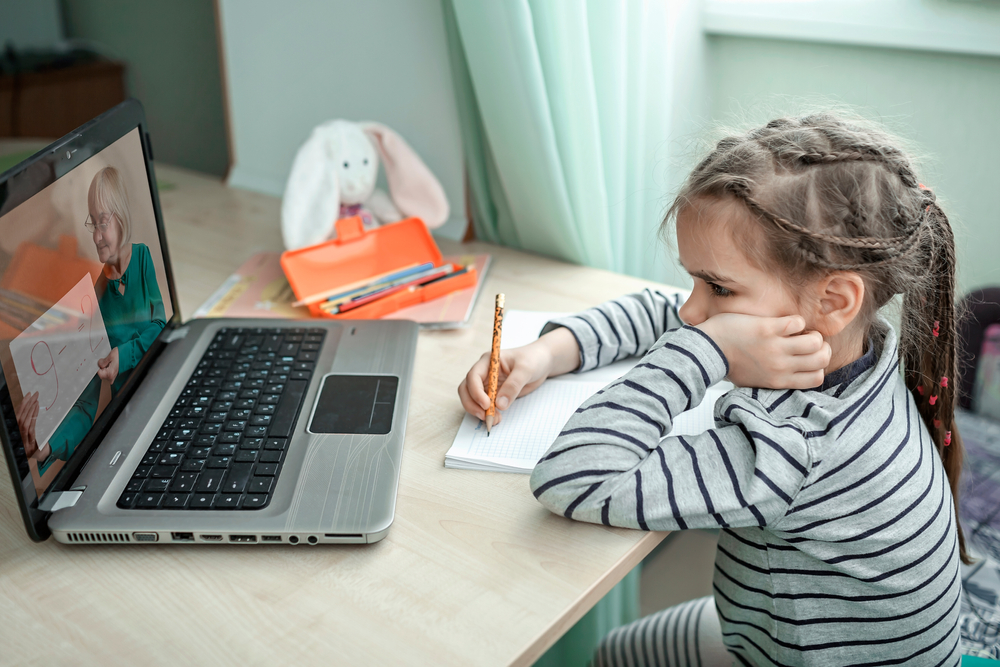 The greatest danger facing the Democrats in the 2022 midterms has little to do with the state election reforms that President Biden has ridiculously compared to Jim Crow. It is instead the increasing frustration of parents who don’t want their children force-fed critical race theory. The advocates of CRT insist that it is nothing more than an arcane academic discipline that isn’t taught to K-12 students. That was proven false this month by the American Federation of Teachers (AFT) and the National Education Association (NEA). Both unions clearly intend to infect the nation’s schoolchildren with this toxic ideology despite the angry objections of their parents.

An instructive example of the contempt with which these unions view CRT dissenters was provided by AFT President Randi Weingarten at a July conference. Comparing these parents to “Holocaust deniers,” she delivered herself of the following fiction: “They are bullying teachers and trying to stop us from teaching students accurate history.” In reality, these “deniers” want nothing more than to prevent their children from being taught an ethnocentric version of American history whose relationship with the facts is tenuous at best. For a sense of what these unions mean by “accurate history,” peruse the following excerpt from New Business Item 39, as adopted by the NEA during its annual meeting at the end of June:

This was approved during the same NEA convention at which President Biden praised the union as one of America’s “indispensable organizations.” It’s no mystery why Biden and the rest of the Democratic Party are so solicitous of these unions, despite their strident promotion of CRT. According to OpenSecrets.org, their contributions to Democrats and their liberal support groups came to about $65 million during the 2020 election cycle. This does not bode well for the “Party of Jefferson and Jackson.” The Democrats simply can’t afford to break with the teachers unions on CRT despite the unfavorable view with which most Americans regard it, and the probability that the GOP will use CRT against them in 2022.

The Republicans know that, in the suburban areas where they underperformed in 2020, CRT is the ticket to winning back these voters. Many voted for Biden and other “moderate” Democrats in the hope that there would be a ceasefire in the culture wars. Instead, they got a dramatic escalation in radicalism in the last place they wanted to see it — their children’s schools. These people are now showing up at school board meetings all across the country, demanding to know what’s going on. Yet in suburban districts that Democrats can’t afford to lose, school boards are attempting to silence dissent. In Fairfax County, Virginia, a group of stunned parents was subjected to the following tirade by a PTA official:

This particular official was forced to resign, but her belligerent attitude toward parents is hardly unusual among the advocates of CRT. The Daily Signal reports that one Rhode Island mother of two attended a local school board meeting and discovered that its agenda included a discussion item concerning whether or not she should be sued for requesting certain CRT documents. Such intimidation tactics may well deliver even heavily Democratic districts to the GOP. Meanwhile, protests are erupting all across the country: Illinois, Minnesota, New York, North Carolina, Ohio, Tennessee, Texas, ad infinitum. Seven states have already banned the teaching of CRT, and 17 additional states are considering similar action.

Predictably, the Democrats and the “news” media dismiss the widespread parent protests against CRT as a nefarious right-wing plot dedicated to preventing public school curricula from including “accurate history.” The organizers of this conspiracy allegedly include the usual hobgoblins — the Heritage Foundation, the Manhattan Institute, the American Legislative Exchange, Parents Defending Education, the Southeastern Legal Foundation — and share the same strategies of disruption, publicity, and mobilization. Inevitably, we are told, this group of right-wing provocateurs has availed itself of the vast resources of conservative media. Those ever watchful paragons of veracity at Media Matters are on the case:

Fox has mentioned “critical race theory” over 1,900 times in the past 3.5 months.… Coverage of the theory sharply increased in March, with 107 mentions on the network according to data from Kinetiq media monitoring service. The following month, network figures and guests mentioned it 226 times, and by May, the number had increased to 537 mentions. Not even halfway through June, there’s already been 408 mentions on the network.

It’s a truism that one can never convince a liar that one is telling the truth, and the advocates of CRT constitute a case study in this strange pathology. Having misled the public for so long about the nature and reach of CRT, they can’t conceive of a legitimate grassroots movement by parents to prohibit this socially corrosive and racist curriculum. Yet the movement is indeed genuine, and it is gaining momentum. Moreover, it includes parents who also happen to be teachers. Indeed, at least one such educator in Evanston, Illinois, has filed a lawsuit against her own school district for violating the 14th Amendment’s Equal Protection Clause and Title VI, which bars discrimination at federally funded educational institutions.

If the Democrats wish to survive the 2022 midterms, they would do well to redirect their attention from time-consuming lawsuits involving state election reforms to the very real and growing revolt among the nation’s parents against CRT. The latter know this toxic ideology is indeed being taught to K-12 students and that the NEA and the AFT intend to continue doing so — with the blessings of House Speaker Nancy Pelosi (D-Calif.), Senate Majority Leader Chuck Schumer (D-N.Y.), and President Biden. This isn’t about wearing masks or social distancing or some other pseudo-scientific nonsense. This is about their children. The parents will give the Democrats the bum’s rush if that’s what it takes to bring it to a halt.