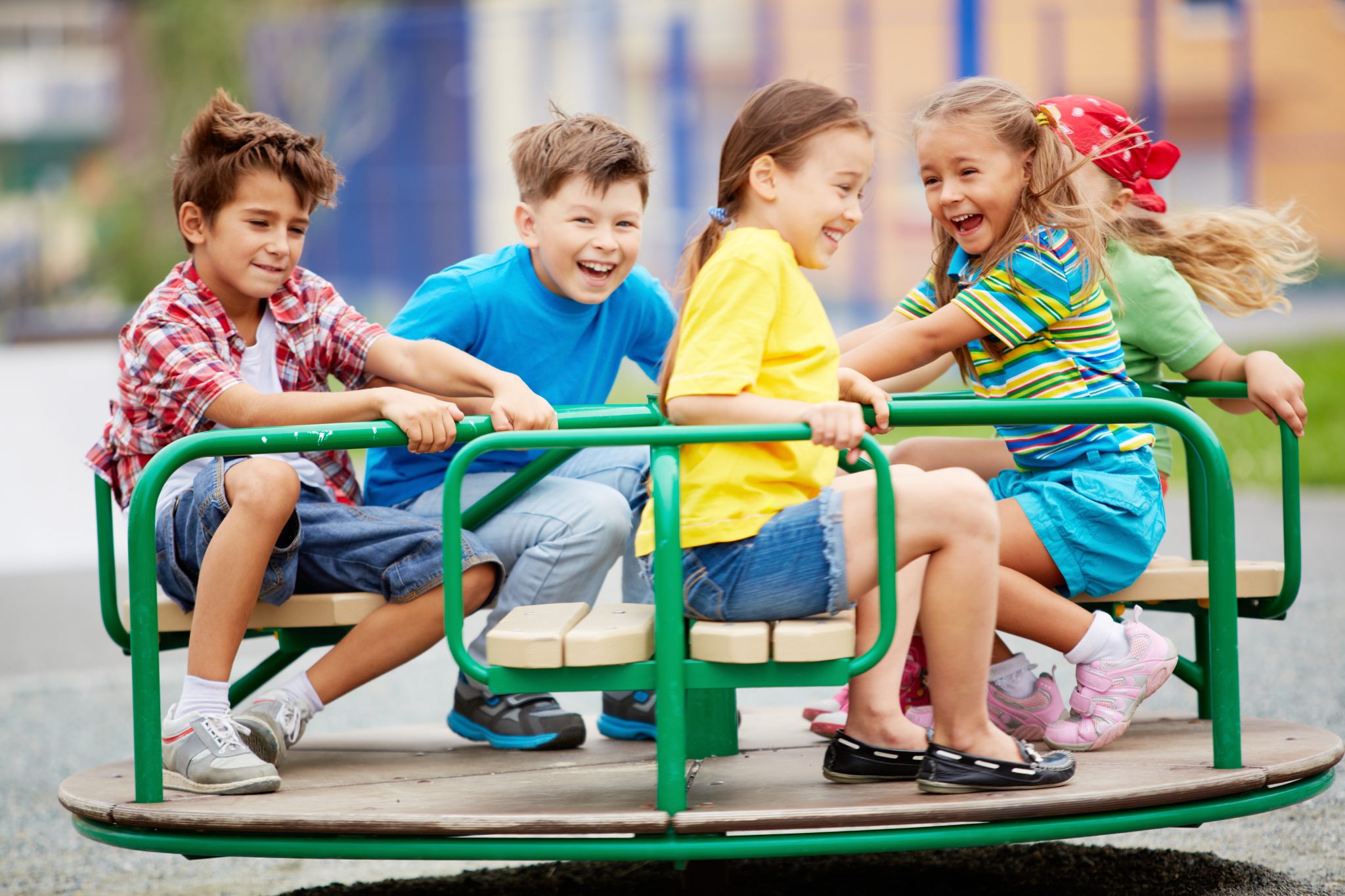 I just saw this two-minute cartoon that is being shown to first graders at the $55,000-a-year Dalton School in a posh Manhattan district of New York City.

In a way, as an Orthodox rabbi I am happy because it will help persuade more Jews around the country to send their children to yeshiva parochial school, to stay out of the secular private schools and the public schools at all costs. It will help Christian elementary-school and higher education, too, which is a wonderful thing. The Catholic parochial schools will have more parents enrolling their kids. This is very good. This nation was built on the belief that “in G-d we trust.” Our values are built on a Judeo-Christian Biblical heritage that separated us from other nations. The ethics and morality of hard work and of the evil of taking from others what is not ours to have. The morality of the family unit that sees children reared in homes with both a mother and a father. It is especially important for boys growing into adolescence to have a male figure as a role model for waking up in the morning, perhaps reciting one’s prayers, going to work, and not returning home from work until nightfall, and then doing it again daily except on the Sabbath Day when we rest as the Creator did.

A Judeo-Christian value structure, as interpreted by our Founding Fathers, allowed for freedom of speech, even ultimately made it a secular sacrament of our society, but also expects the personal responsibility to refrain and recoil from speech that is unbefitting. A Cardi B filth like “WAP,” which was America’s No. 1 recording last year and was praised by all the cultural critics, never would have entered the culture over the centuries when Americans were … cultured. Rather, she would be in reform school, her mouth washed out with soap, but that assumes a time when schools are not cesspools of filth.

Which returns the discussion to that two-minute cartoon.

I grew up as an American boy with all the good and bad things that come in a child’s life. Yes, as a Jew, I encountered several instances of anti-Semitism, sometimes subtle, sometimes frontal and physical. I hated it at the time, but it made me stronger. Nevertheless, it did not define me nor my boyhood. My boyhood was about Mel Allen announcing Mickey Mantle home runs, my grandparents Bubbie and Zeyde spoiling me when my parents were not watching, my father, Aaron of blessed memory, being my very best friend with the best jokes and funniest stories imaginable, and teaching me that the most important aspiration of a lifetime is not money or fame but checking out at the end of the day with the crown of a good name. My beloved and honored mother of blessed memory taught me to be honest, brutally and uncompromisingly honest, no matter what. Honest in values and principles. Honest in money. These lessons stuck. I would go back to the grocery store to return the extra three cents’ change I wrongly had been given when I shopped for Mom. She also taught me to eat everything on my plate, not to leave anything over, not a single pea, because there were poor people starving in China and India, and therefore I could not leave over a single bite of a food, no matter how much I hated it.

I grew up with my mom wanting me to keep my room clean and neat, and I complied. My dad wanted me to part my hair with a comb and to get haircuts when my hair got too long. We watched Car 54, Where Are You? as a family, and it was my dad’s favorite show, so it became — and, Oo! Oo!, it remains — mine. Mom loved Bonanza and Ben Cartwright, but I had to go to sleep by then because there was school the next day. My best friend besides Daddy, my next-door neighbor Robby, kept the TV volume in his bedroom extra loud after my bedtime so that, if he kept his window open and I kept mine, I could hear the later innings of the Mets games while “asleep.” Without Robby, it was torture being allowed to stay up only through the sixth inning.

I had a normal kid life, obviously modified by the culture and ethnicity of my Brooklyn Jewish world. So it was bagels and bialys, kasha varnishkes and bobka, Chanukah latkes and Purim hamentaschen, instead of Christmas fruit cake, Easter eggs, pork chops, or cheeseburgers. My parents were American born, educated, and cultured, but theirs were emigrants from the Anatevka-like Jewish towns and villages, shtetls, of Poland and Russia, Galicia (southern Poland, later incorporated in those years into Austria after Partition), and Ukraine and Lithuania. On Dad’s paternal side they came from a now-invisible-and-disappeared shtetl named Wolczinoec in the province of Stanislaw. His dad came to America and, with one of his nine siblings, made custom-ordered vests for men who already had two-piece suits until suit makers started manufacturing and including their own vests with their suits. So, instead of whining, Zeyde and Uncle Itcha (Isaac) started subcontracting with suit makers to make the two pieces that would go with their vests. In our family, that is How the Vest Was One.

There was the neighborhood bad kid from a few blocks away, Richie, whom all the mothers on our block wanted to keep their kids away from. (They ended their sentences with prepositions. And Richie was a rotten kid up with whom they were fed.) Once, Richie walked onto our block, and neighbor Sally wanted him to stay away from Robby, so she took a bucket of water to her porch and poured it onto Richie’s head on the sidewalk. That kept Richie away. On the other hand, we all were united in common excitement when the ice cream truck came each day. There was Carvel, Mister Softee, and there was Bungalow Bar. Mister Softee had the neat TV commercials and the jingle. Carvel had the swirling soft ice cream that looked cool on cones. Alas, Bungalow Bar had nothing but a rhyme the kids all chanted: “Bungalow Bar / Tastes like tar. / The more you eat it / The sicker you are.” Bungalow Bar … had poor PR. Had I written for them … I mighta bin a star.

I could go on. That was my childhood. I went to movies, usually with my parents, sometimes just “me and Zeyde.” He took me to see Stanley Kubrick’s Spartacus, which impacted my life deeply, to this day. Likewise Otto Preminger’s Exodus. He took me to baseball games twice a year, each time to watch the Mets lose two in a Sunday double-header at the Polo Grounds. Daddy walked to shul (synagogue) with me every Shabbat (Sabbath) morning for worship services. As Orthodox Jews we are not allowed to drive on Shabbat, and those weekly 20-minute walks were the highlight of my life’s first 30 years until I got to walk my own kids to shul, and then, when they left the nest, my dear precious beloved Ellen of blessed memory and I walked together to shul every Shabbat. Those Shabbat walks, in and of themselves, make us Orthodox Jews the luckiest of people.

As I write of my boyhood and contemplate that two-minute cartoon now being shown to first-graders at the Dalton School, I note that I do not write of my private male organ nor of anyone else’s private organs. I do not write of physical intimacy with a person of the opposite gender. I was a kid. I was innocent.

My parents and my society kept me innocent, protected me. But how would I avoid getting gonorrhea some day? I dunno. How does most everyone else end up going through life without gonorrhea? But how are you going to have kids if you don’t learn this stuff? I dunno. I have four grown kids; the monthly bills for the Parents PLUS college loans, for which I regret having signed, prove it. I don’t know how I ended up with those kids. A stork did not deliver them; otherwise, today I would be hunting storks to make them extinct. And yet no one taught me about that in school.

Indeed, before there was the Dalton School and Critical Ethnic Studies and woke math, who taught people how to have kids?

I was reared innocent. Despite being a Jew in 1960s Brooklyn, educated all my life at yeshiva parochial school, I barely knew anything about the Holocaust from only 20 years earlier until I later was in my mid-teens. Imagine that — no Holocaust museums, no Holocaust nothin’. But how would I ever know about Dachau, Bergen-Belsen, Sobibor, Treblinka, Mauthausen, Babi Yar, Buchenwald, Majdanek, or Auschwitz if I don’t learn it in first grade or in fifth grade? How will I know about Jew-hatred? I dunno. I guess my parents and teachers figured that, like learning about reproduction, I would find out later. Eventually, there would be a Louis Farrakhan, an Al Sharpton, a Rashida Tlaib, an Ilhan Omar. As for Jewish apostates, there would be a George Soros and a Bernie Sanders. Why ruin my boyhood Mets games at the Polo Grounds with Zeyde, my Carvel ice cream sundaes at age 6 or 10, my nights with Officers Toody and Muldoon, and getting to watch Sally pour buckets of water on Richie? They decided to let me be a kid. There would be time later for … stuff.

O.J. and Nicole was not the Crime of the Century. Nor were Richard Speck, Patty Hearst’s kidnapping, the Boston Strangler, Charles Manson, the Hillside Strangler, Son of Sam, Ted Bundy, Jeffrey Dahmer, the Unabomber, Mary Kay Letourneau, or various political outrages and assassinations that are unforgivable and outside the scope of this discussion. Rather, the Crime of the Century is this generation’s governmental and secular educational leaders stealing American children’s youthful innocence, leaving no avenue for restitution.