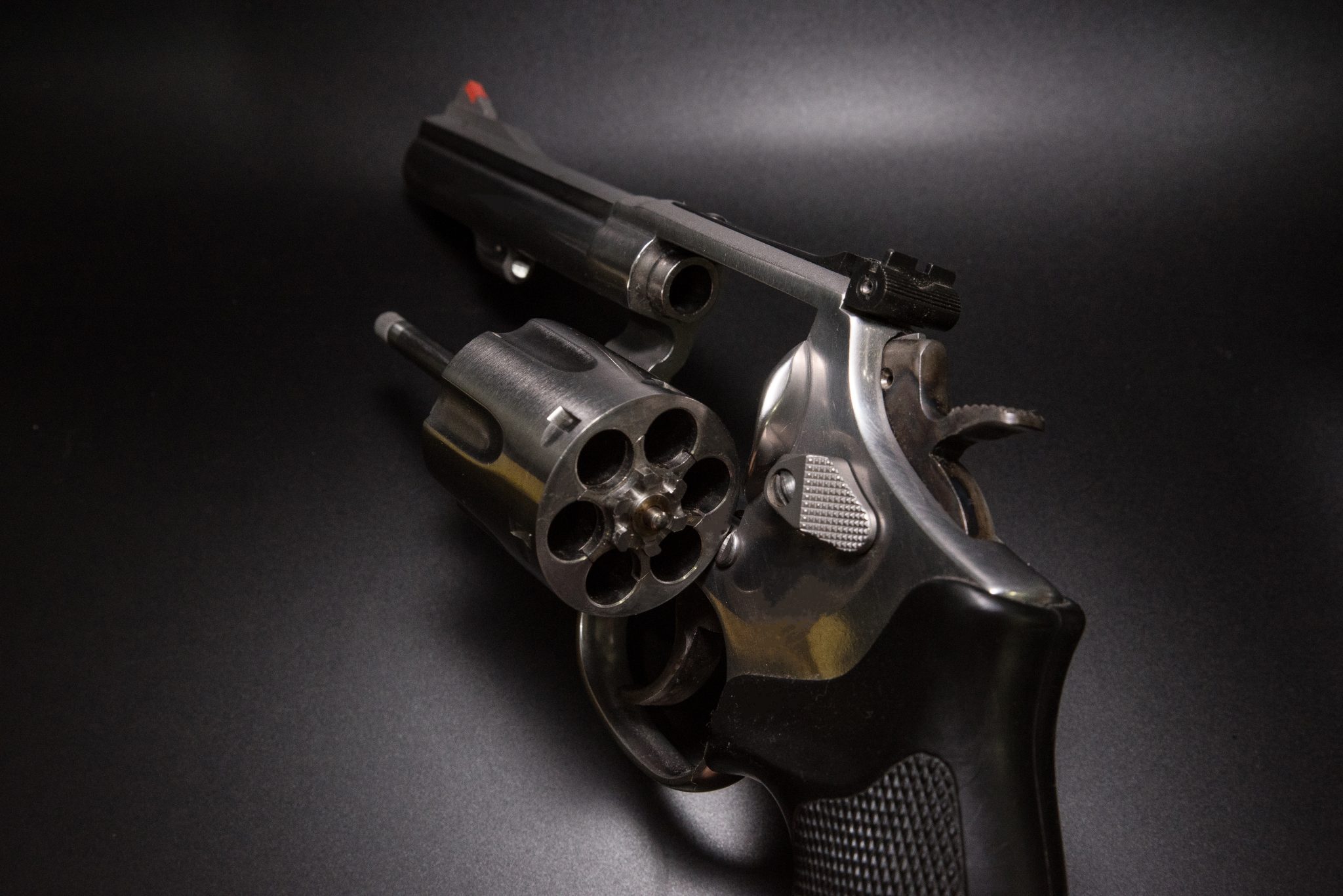 Tuesday
A scary day indeed. I went to lunch as I almost always do at the Cabana Café at the Beverly Hills Hotel. It’s only two and a half blocks from my house and it’s open air, so it’s not shut down during Mr. Newsom’s latest shutdown. It’s a cheery place, and I usually just get whatever is the lightest, easiest item.

When I got home, there was a text from a very close relative. He simply said, “So XXXX (another close relative by law) has Covid.”

I was staggered. Poor thing. And she (the Covid victim) is the primary caretaker for my darling granddaughter, the ever beautiful Coco. She could have transmitted it to Coco or to other very close relatives. I was really scared.

I consulted with my friend K., a brilliant woman with much medical knowledge. “You should get a test right away,” she said.

“Why? I haven’t even seen XXXX in at least two years and that was at a large distance.”

“Well, it’s not clear how long it takes for the virus to grow in the human body. And didn’t you see your granddaughter recently? What if she has it asymptomatically and passes it on to you and then you give it to Alex, whose immune system is already highly compromised? That would be a disaster.”

K. is a smart woman, and I take her advice seriously. I waited until Alex awoke from her long afternoon siesta, and then I told her about XXXX’s situation. “Yes,” she agreed. “You should get tested.” She said it calmly, but I could tell she was very worried.

I immediately called Lance, my wonderful Dr. Skinner’s aide, and arranged for a test right after lunch the next day.

That night, I made salmon for everyone, as usual. But I was too alarmed to eat much, and even Alex, usually the most voracious eater of fresh Skuna Bay salmon in the house, would not eat any. We watched a documentary about World War II from the American angle. It was a great piece of work by Ken Burns, but no one was in a mood to eat.

I slept fitfully, to put it mildly.

Wednesday
Off to lunch at the BH Hotel again. It was a perfect Southern California day, and the smoothies were particularly tasty. But, again, I had little appetite.

After lunch, I went off to see my long-time MD psychoanalyst, Paul. I told him the situation. “I don’t think you need a test,” he said, “but if you want to get it, by all means get it. You would have had symptoms by now if you had it and you have no symptoms at all, but I can see you’re all hepped up about it, so do it.”

Lance, my ace, drew the blood painlessly, and in two minutes — the longest two minutes of my life — I had the results. “Negative!” said Lance in a cheerful boom.

My pal Judah drove my nurse and me to our house in Malibu to celebrate. It was a perfect sunny day, and I was spared. Yeah!

I took a nap in my bedroom facing the ocean, and I was really, really happy. I mean, really super happy. Covid had not seemed to be a big deal when it first started, but now it seems like a very big deal indeed. I really feel terrible for its victims. I don’t want to be one of them.

I like my life. I don’t want it to end anytime soon. Plus, I don’t want to be in a ventilator or “on” a ventilator. I want to keep living my life as I have been. The thought of maybe having Covid makes all of my other problems seem trivial.

I was awakened by someone at my door. It was “T,” a neighbor who used to live across the street from me when I lived in the Hollywood Hills and now lives down the street from me in Malibu. He wanted to talk me into voting for Biden for president. He had not been invited.

“That’s truly funny,” I said. “You might as well try to talk the ocean into voting for Biden. There are no conceivable circumstances under which I would vote for Biden. None. Not any.”

“But don’t you hate Trump’s racism?” he asked me with a wheedling smile.

“I don’t see the slightest bit of racism coming out of Trump,” I answered. “That’s all a big fat lie ginned up to whip up the African-American vote and the vote of the college students. He’s not in the slightest a racist. He is open to talent from any source and any skin color. Trump is called a racist by ambitious, dishonest politicians. I personally love him a lot. That whole idea that America is a vicious boiling pot of ‘systemic racism’ is just a fake to enable the leftists to take power — and to keep people who should have some sense of responsibility from having any decency at all towards their own children.”

Meanwhile, as I was looking out at the ocean, I noticed T. fidgeting with something shiny as he sat on a chair behind me. I turned around. T. was holding my .38 S&W revolver and had pulled the hammer back and was pointing it in my general direction.

“Put that down,” I said as firmly as I could. “Don’t point it anywhere near me. Put it down on my couch as softly as you can.”

“Okay,” he mumbled. “But what about this?” he asked, pointing at the hammer, the cocked hammer.

“I’ll handle this,” I said. I picked up the gun and saw that, as I expected, it was not loaded. I had taken it out of a drawer in my bedroom at the Malibu house and unloaded it before I took my nap. Then I had put it next to my briefcase in the living room so I would be sure to remember to take it back home. I had allowed a family who were temporarily without a home to stay in my house for a month, and I didn’t want a loaded gun anywhere near them.

“What the hell?” I asked. “You never learned not to play with guns? What’s wrong with you? Guns aren’t toys. I didn’t pull back the hammer. Why the hell did you do that?”

T. looked ashamed but left the house without saying a word. I took the pistol out onto the deck, aimed it at the ocean, and pulled the trigger. It made a snap and, sure enough, it was empty. I put it, unloaded, in my briefcase, locked the briefcase in the trunk, and heaved a huge sigh of relief.

By the time we got back to Beverly Hills, I had pretty much forgotten about the gun altogether. I was back to singing the Lord’s praises about my zero score on the Covid SATs.

That night, Alex and I watched more of “The War.” This one was mostly about the fighting in the Vosges Mountains in eastern France and the horrific pain of the Hürtgen Forest battles. Men walking in mud, sleeping in mud, getting blown to pieces in mud. Germans lying in ambush everywhere. Wow, we owe so much to our fighting men and their families. Wow, the Germans are tough. How did they get so tough? How did the Japanese get so tough? What a bad break that we had to fight two of the toughest races on Earth. And what a great break that we had the Russians on our side. Please, God, let’s never fight a war against Russia.

And my little entourage is eating fresh salmon filet in an air-conditioned room in an America at peace. We are blessed people.

Just before I went to sleep, I checked my texts. There was one from K., a woman I admire a lot, who was the first one to urge me to get a Covid test. I had thanked her profusely and told her how lucky I was to have her in my life. She replied that she had been watching documentaries about the possibility of life on other planets in space. “If that’s true, I’m awfully grateful that the universe placed us on the same planet.” I was so touched my head was spinning.

Thursday
I am still so happy about my Covid test I can scarcely frown. Life today is so great that I must remember it every day I feel like dying. I went to see another of my shrinks, Dr. Coe. I told him about K. and her text about life on other planets and our being so lucky as to be on the same planet at the same time.

“She’s a poet,” he said. “You’re blessed to have her in your life. You’re just plain blessed.”