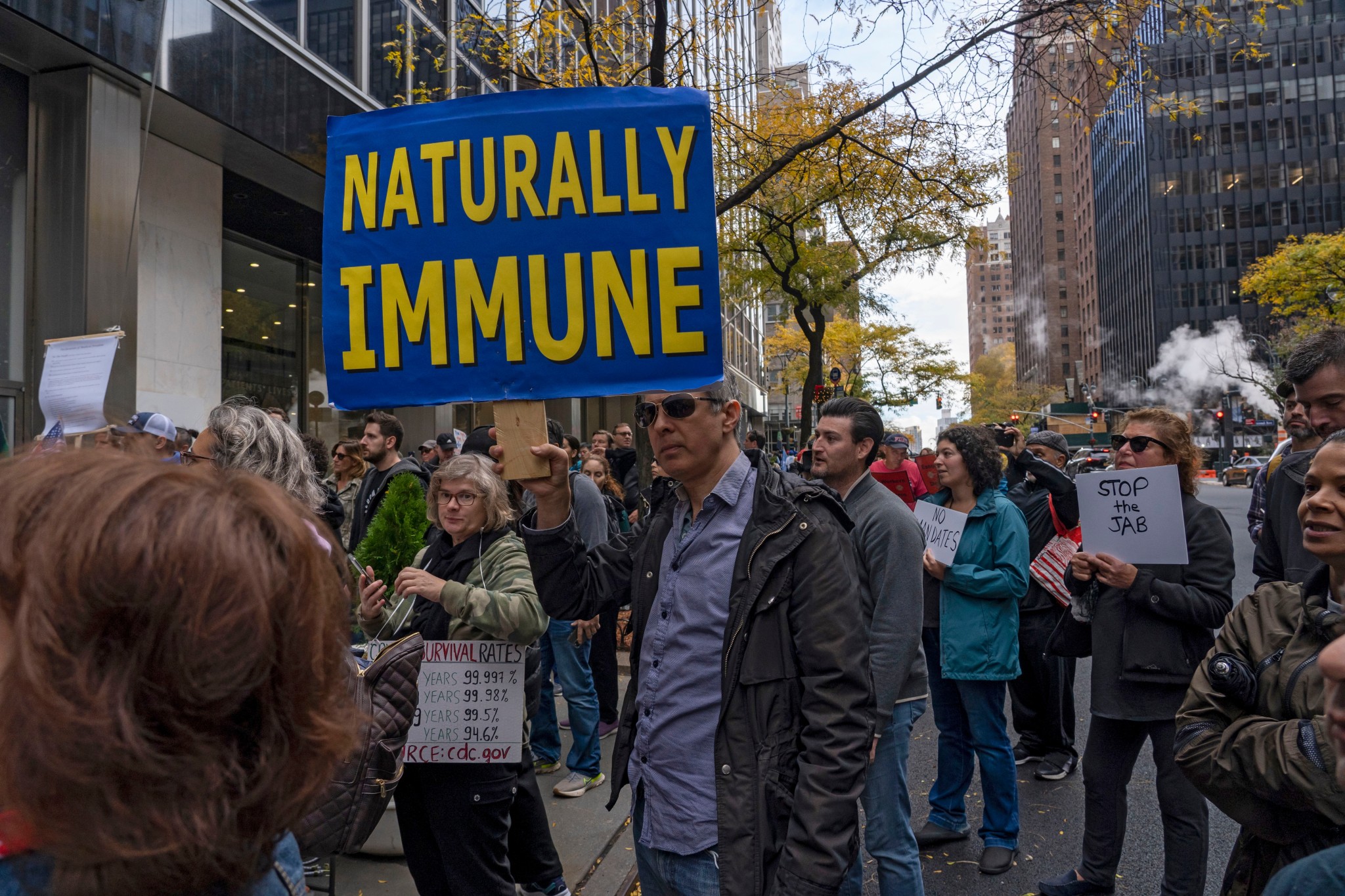 I continue to hear pleas from people forced to receive COVID vaccinations against their will and despite their appeals to medicine, conscience, and religion (not to mention rationality). We all hear about them. Whether it’s 700 staffers fired by the Mayo Clinic last week, healthcare workers in New York facing termination, men and women in the military, young folks at colleges and even seminaries, or wherever. I hear from them directly because of my many articles on COVID vaccination here at The American Spectator.

Some of these citizens have compelling and undeniable medical reasons delineated in detailed letters from physicians. Their medical appeals have the backing of their doctors stating unequivocally that they cannot receive a vax for reasons that would be hazardous to their health. Their physicians cite antibody tests that show natural immunity — sometimes with PCR levels so high that a vax followed by an indefinite number of future “boosters” is not only unnecessary but could be counterproductive and harmful.

Still others have filed religious/conscience appeals that their employers have inexplicably rejected with flatly no explanation rendered. This situation in particular is a grave affront, as our courts have largely upheld religious/conscience appeals. Such appeals have been granted much stronger legal backing than medical appeals. And yet, HR departments and others higher up in various chains of command are somehow spurning these constitutional protections.

Make no mistake. That is something they have no authority to do.

In response, many of these victims have contacted me pleading for options. Many are looking to file lawsuits.

“I’m honestly mentally and emotionally exhausted from this, and my current situation in the Navy is not assisting,” writes James, one of dozens I’ve heard from. “There is a ton (I mean, a ton) of pressure to get the vaccine, and I’m so close to retirement/pension eligibility. It’s crazy.” (Last week the Navy discharged 20 sailors for refusing the vaccine; the Marines have seen far worse treatment.)

James has several reasons not to get vaccinated, from medical to moral. He has tried to convince the brass to let him wait for a more conventional non-mRNA vaccine developed without aborted fetal cells. He is willing in the interim to submit to weekly COVID testing. His pleas have fallen on deaf ears.

In the past, employers strove to accommodate such individuals. Nowadays, many employers roll right over them.

“My company rejected my religious exemption for covid vaccine,” texts John, a 22-year-old who had COVID and recovered with full antibodies. “They won’t bully me. I will NEVER get that shot.”

John pushed back, but the HR person didn’t relent.

“They didn’t back down,” John texted me in a follow up. “The decision is final. Appeals not permitted. I have until Nov 29 to prove vaccination. What do I do?”

Appeals not permitted? Since when does an HR person at a keyboard determine the laws of a nation and its citizens?

To be sure, on the positive side, at many organizations, the people with these powers wield them with charity and reason. They happily and rightly honor the requests of physicians, of patients, of employees, of students invoking their rights of religion and conscience. They are to be commended for their common decency.

Of course, they’re merely doing what they ought to do. Still, they correctly honor those who have the right of these appeals and the law on their side.

Sadly, however, at many other organizations, those wielding the power are bullies not acting with kindness and civility, nor, for that matter with rationality, often denying scientific facts and acting capriciously and arbitrarily.

Perhaps most outrageous, if not downright farcical, those wielding these powers typically have no medical degree or health background whatsoever. They are not trained in ethics, nor do they have legal training or knowledge of the U.S. Constitution or American jurisprudence. Yet somehow, these one-man/one-woman tribunals unilaterally trump everything from the Bill of Rights to the Nuremberg Code. They are one-person star chambers usurping the writings of every American judge back to 1776. They really are veritable marvels of power, and many seem to relish it.

This usurpation cannot be permitted. These individuals have neither the expertise nor authority for such extraordinary powers. Their lack of background should humble them to behave deferentially rather than embolden them to compel citizens against their will, their faith, their conscience, and their physicians’ prescriptions.

HR persons have almost magically assumed an astonishing power to approve or reject. Many are doing nothing but rejecting. In the process, they are ruining lives.

The abuse has gone on so long that I’m now hearing from people who buckled to these bullies, took the jab, even after having survived COVID and recovered with antibodies, and tragically experienced precisely the terrible side effects (heart problems especially) they feared and invoked as their primary reason not to be vaccinated. What has happened to those poor people should never have happened. It occurred because specific individuals at their organizations forced them to get jabbed under authority they don’t truly possess.

Those responsible need to be held accountable. What they’ve done is morally wrong, ethically wrong, and medically wrong. It is cruel and unjustified. It has caused physical injury and suffering. They must be named in lawsuits filed against their organizations.

So many of us would prefer not to have to sue anyone. But these bullies have left people no other option. For many, this is the only recourse left available and it must be exercised.