The Nation’s Pulse,Top Story Environmentalism,Fossil Fuels,Jared Polis Imagine Returning to Normalcy, Not Capitalizing on Crisis - The American Spectator | USA News and Politics
Menu
The Nation’s Pulse
Imagine Returning to Normalcy
Is there any trusting those who exploit the Covid crisis to advance their own agendas?
by Greg Walcher
Rahm Emanuel (Daniel X. O’Neil/Creative Commons) 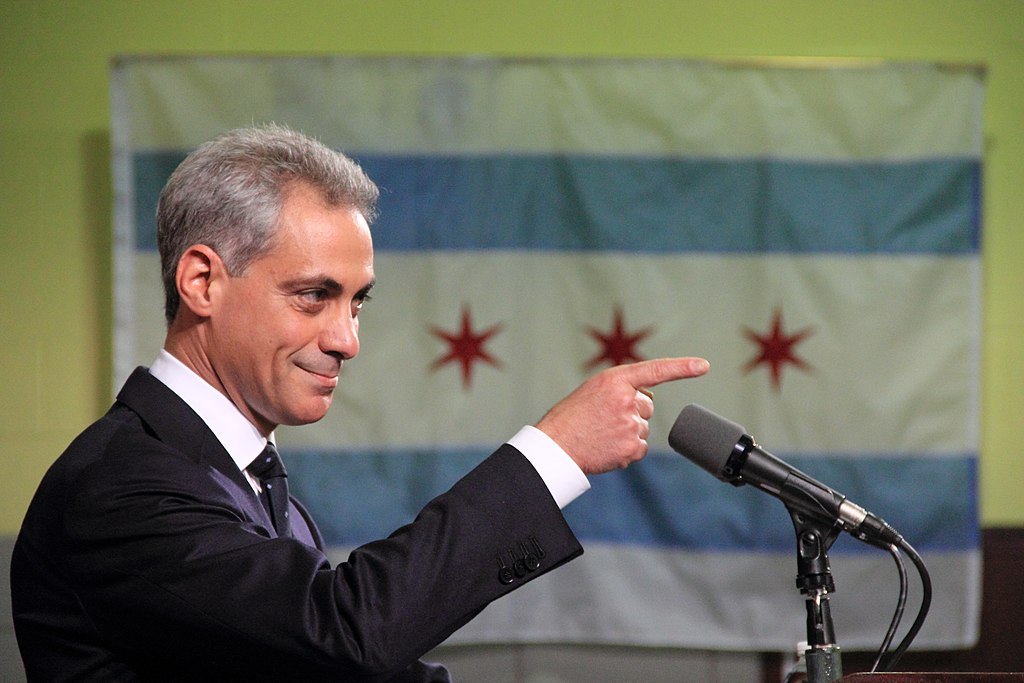 Activists from Colorado’s “keep it in the ground” movement — a group opposing all production of all natural resources — are suggesting that stay-at-home orders provide the perfect opportunity to “imagine our world” after the coronavirus pandemic ends. They reason that people have now learned to drive less, travel less, and use public transit more, so we should just keep many roads and facilities closed afterwards, too. Now that people have learned to work from home, we should permanently reduce daily commuting.

I imagine a little different outcome, once people no longer have to shelter in place under orders from the Great and Powerful Oz. I am thinking of a return to normalcy, whatever passes for normal in this brave new world.

Americans are resilient and highly adaptive. They adopt new technologies and new ways of thinking very quickly. Yet there is such a thing as “change fatigue,” the sense of apathy people sometimes feel in the face of change that is either too rapid or, more often, a whole series of failed or problematic changes. It is a form of low morale, and the result is usually a resistance to further change. It is common in government and corporate organizations, and it happens in offices frequently. It can happen to an entire country, too.

Americans experienced it after World War I, which came on the heels of nearly 20 years of rapid expansion of government during the progressive era. The First World War engulfed over 70 million military personnel, resulted in 21 million deaths, and forever ended America’s isolation from European conflicts. It also resulted in the global Influenza pandemic that infected a third of the world’s population and killed upwards of 50 million people.

When Warren Harding’s campaign in 1920 promised a “Return to Normalcy,” it was exactly what people craved. History remembers the scandals of his administration that came later (especially in the Interior Department), but has mostly forgotten his campaign. Harding won one of history’s biggest landslide victories, a nearly 2-1 margin in the popular vote (60.3 to 34.1 percent) and more than 3-1 in the Electoral College (404 to 127). People wanted things to be back to normal, whatever that meant at the time, and his campaign theme was exactly what voters wanted and needed to hear.

Liberal politicians are continuously aware of the famous advice of Rahm Emanuel (Illinois congressman and later White House chief of staff and Chicago mayor): “Never allow a good crisis go to waste. It’s an opportunity to do the things you once thought were impossible.” What a golden opportunity, while people seem panicked, to implement far-reaching policies under the guise of public health and safety — policies people would never accept in more “normal” times.

It should be completely predictable that such activists would use the pandemic, and the public’s acquiescence in what amounts to martial law, to make changes that will far outlast the virus. Shutting down oil and gas production, closing roads, or eliminating airplanes and beef (as the “Green New Deal” suggests) for starters. Sure enough, several groups, including the Sierra Club, Earthjustice, and WildEarth Guardians, have circulated petitions calling on Colorado Gov. Jared Polis to stop construction on I-70, and stop energy development — something they know he already wants to do — until the pandemic is “contained.” There is no explanation of what oil and gas production have to do with containing the virus, though we do know what would happen to medical supplies and hospital systems without it. But still, never let a “good crisis” go to waste.

Is there such a thing as a good crisis? For radicals who want to “fundamentally transform America,” absolutely.

Some of these activists are citing a Harvard “study” — already discredited by most scientists — claiming a link between COVID-19 deaths and exposure to air pollution. The numbers turned out to be wrong, and now even the author says policy decisions should not rely on the report. In fact, it is reminiscent of the centuries of medical science when doctors believed illnesses were caused by “foul air,” and could not be transmitted from one person to another. Thanks to modern microscopes, we now know about bacteria and viruses and how they spread (hint: not by foul air).

One should not blame sophisticated and well-funded activists for wanting to use the current situation to push their agenda, however far-fetched it may seem. But my guess is that far more people just want to put this entire tragic episode behind them, and leaders who imagine a return to normalcy will win the hearts and minds of the public.