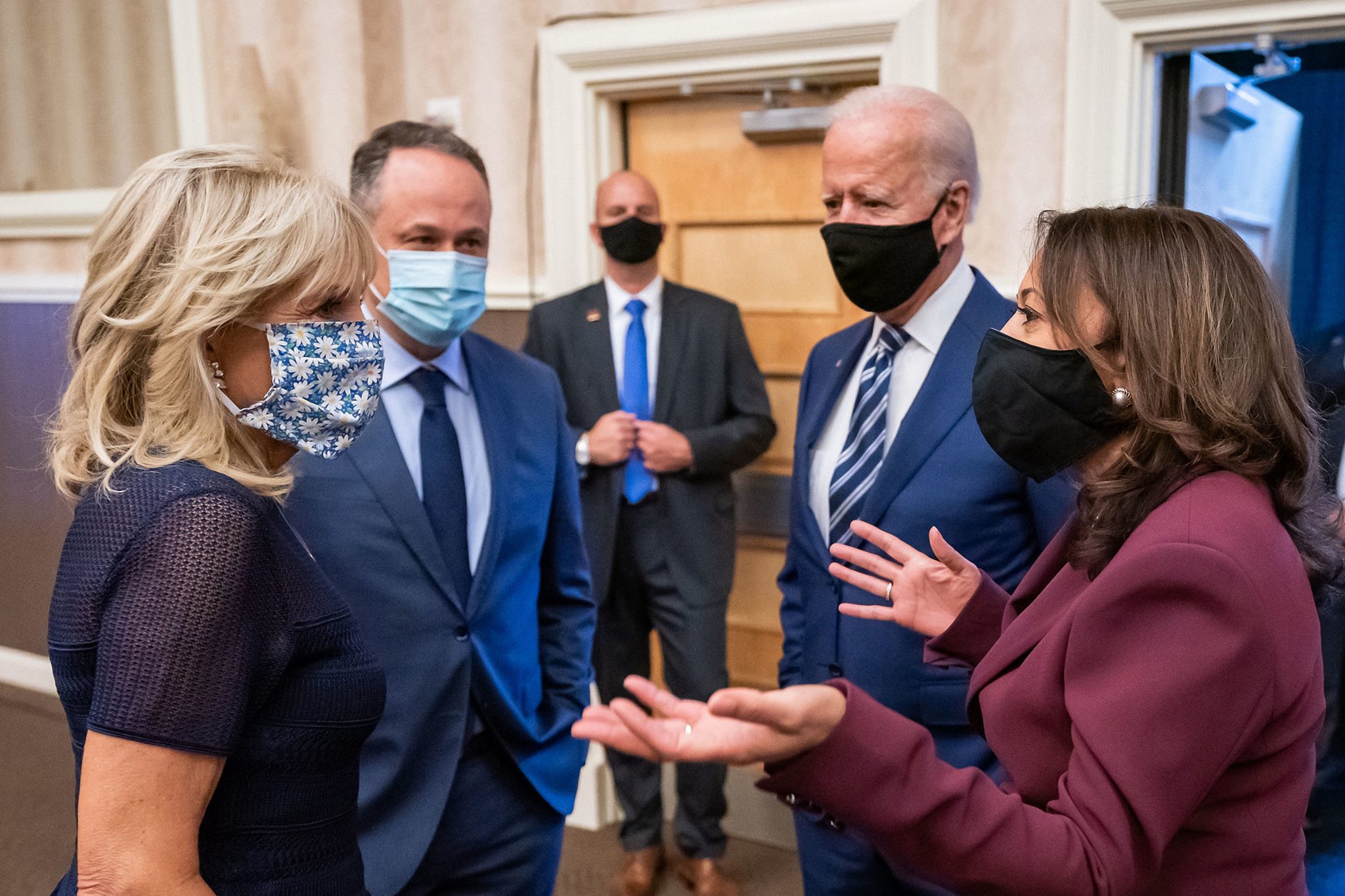 COVID’s grip on America is relaxing, not so the Left’s. The Left seized COVID as an unprecedented statist opportunity to advance their agenda. Unsurprisingly, they now resist relinquishing it. Since the Left refuse to let go of America, America must let go of the Left.

Last week the CDC relaxed its guidelines for outdoor mask-wearing by those fully vaccinated against COVID. It was more a rearguard action than a vanguard one, but at least it was a start. Several states are well ahead in their return to normalcy.

America’s virus statistics demonstrate the remission of the virus and validate accelerating relaxation of the lockdowns. On a seven-day moving average, active cases, daily new cases, and daily deaths have been plummeting since the beginning of the year.
On the ledger’s other side, vaccinations began in the U.S. in December, averaging over two million a day since February; as a result, around 31 percent of the population is now fully vaccinated at this writing.

Beyond just the statistics, we have long known who the most vulnerable are — the elderly and those with preexisting conditions — and who are not: children. This understanding and the response to it have led to the U.S.’s overall 98 percent survival rate, which is far higher in the least vulnerable. Despite this, the lockdowns have overwhelmingly taken a one-size-fits-none approach, and nowhere more than in school closings. As of the end of April, only 14 states required in-person instruction with plentiful conditions (for all or some grades and either full or part time).

All evidence to the contrary notwithstanding, the Left have little interest in relaxing their COVID power grab. Only eight states have lifted restrictions. Oregon is considering extending its mask and social distancing mandates on businesses indefinitely.

COVID presented the Left with the statist opportunity of a lifetime.

Of course, the most left of America’s major unions have been the epitome of reopening resistance: teachers unions. In most states, they have resisted returning to classrooms like truants. The Capitol Hill newspaper Roll Call recently reported that when Congress earlier this year debated “reopening schools and including money for education in a massive coronavirus relief package, the nation’s largest teachers unions sharply increased their spending on political contributions … The money overwhelmingly went to Democrats.”

The Left’s refusal to let go of lockdown protocols, even in the face of mounting evidence that supports doing so, is hardly surprising because they so eagerly seized them initially. Blue governments locked down earlier, longer, and more severely than red governments — often doing so in unnecessary and even counterproductive ways. The temptation and opportunity for unprecedented control were simply too great.

COVID presented the Left with the statist opportunity of a lifetime, justifying, under the cover of COVID, the ultimate masking: the use of government power to advance their preexisting agenda. Naturally, the Left acted most robustly where government was already most intrusive.

So unique was the COVID crisis that they were able to move aggressively and with astonishing alacrity. Starting in California and New York, America was effectively locked down in short order. What the Left could not have prevailed on at the ballot box, they obtained by fiat. All was shrouded under a cloak of necessity and moral superiority, with questioners muzzled by righteous indignation. So successful were the Left that they were able to go beyond just the government’s reach and into public opprobrium to enforce their goals.

Virtually everything the Left had sought incrementally for decades, and with only marginal success, they pursued headlong. The $5.5 trillion in federal spending alone — over a quarter of the size of the entire federal debt in 2020 — in just over a year has provided unimaginable resources for income redistribution. It has also provided billions to cash-strapped blue governments whose long-time leftist policies had already pushed them to bankruptcy’s brink.

Nationwide lockdowns have provided an incredible opportunity for every facet of business regulation. In many locations, this regulation has gone beyond how businesses legally operate to whether or not they can operate at all. And school closures for over a year have given teachers unions complete control of schools and their curricula. Never have parents been more excluded from decision-making, and never have students’ needs been more disregarded.

Yet as successful as the Left have been, they are not done. Even as the Biden administration proposes another $4 trillion in more spending and corresponding taxes on corporations and the wealthy (the Left’s favorite targets), the Left complain that both are inadequate. COVID may be winding down, but the Left are still winding up.

The Left cannot and will not let go because such a unique opportunity is not readily relinquished. Their policy opportunity has far outstripped their political one. There was no mandate for the Left’s policies in the 2020 election, and the slim advantage Democrats hold today could be gone tomorrow — in November 2022 to be exact. So the left are pushing to get more through their closing COVID opening and ensure what they have gotten under the auspices of emergency becomes permanent.

Historically, the Left never willingly relinquished power. Unlike conservatives, whose highest faith lies in the private sector, to which they would yield more authority, the Left sees government — especially if they control it — as the highest aspiration for society’s administration. Name a single left-supported program that the Left have ever been willing to see discontinued. Demonstrable failure or success makes no difference to the Left. Their response is always the same: The program in question needs more resources and authority, either to correct its rationalized shortcomings or to expand its claimed achievements.

The Left also are aware that once COVID is no longer a national emergency, the reappraisal of their actions during the pandemic will begin. They know that the general public believes they have a lot to answer for. The public, no longer preoccupied with COVID and no longer held in check by lockdowns, is likely to retaliate against the Left’s harm and hypocrisy during the crisis. The recall effort against California’s Gov. Gavin Newsom and the spiraling investigations into New York’s Gov. Andrew Cuomo — governors of the two states that began the lockdowns over a year ago — could be just the beginning of the public’s postmortem.

Yet COVID is not the only crisis the Left refuse to surrender. Their claim of systemic racism is equally resilient as they seek evidence of it in every conceivable instance. The Left always follow a similar pattern: seeking to advance by promoting a crisis only they have discovered and that only their policies can solve.

The Left will never relinquish power, just as they will never cease seeking it. They have not in the past, they are not with COVID, and they will not with any of their future crises. It is not in their DNA. The Left’s policies are always just a means to an end, and that end is always power, for which no end is ever intended. The sooner America realizes this reality, the sooner they can rid themselves of the opportunist Left — and until Americans do they can never expect a return to normalcy.