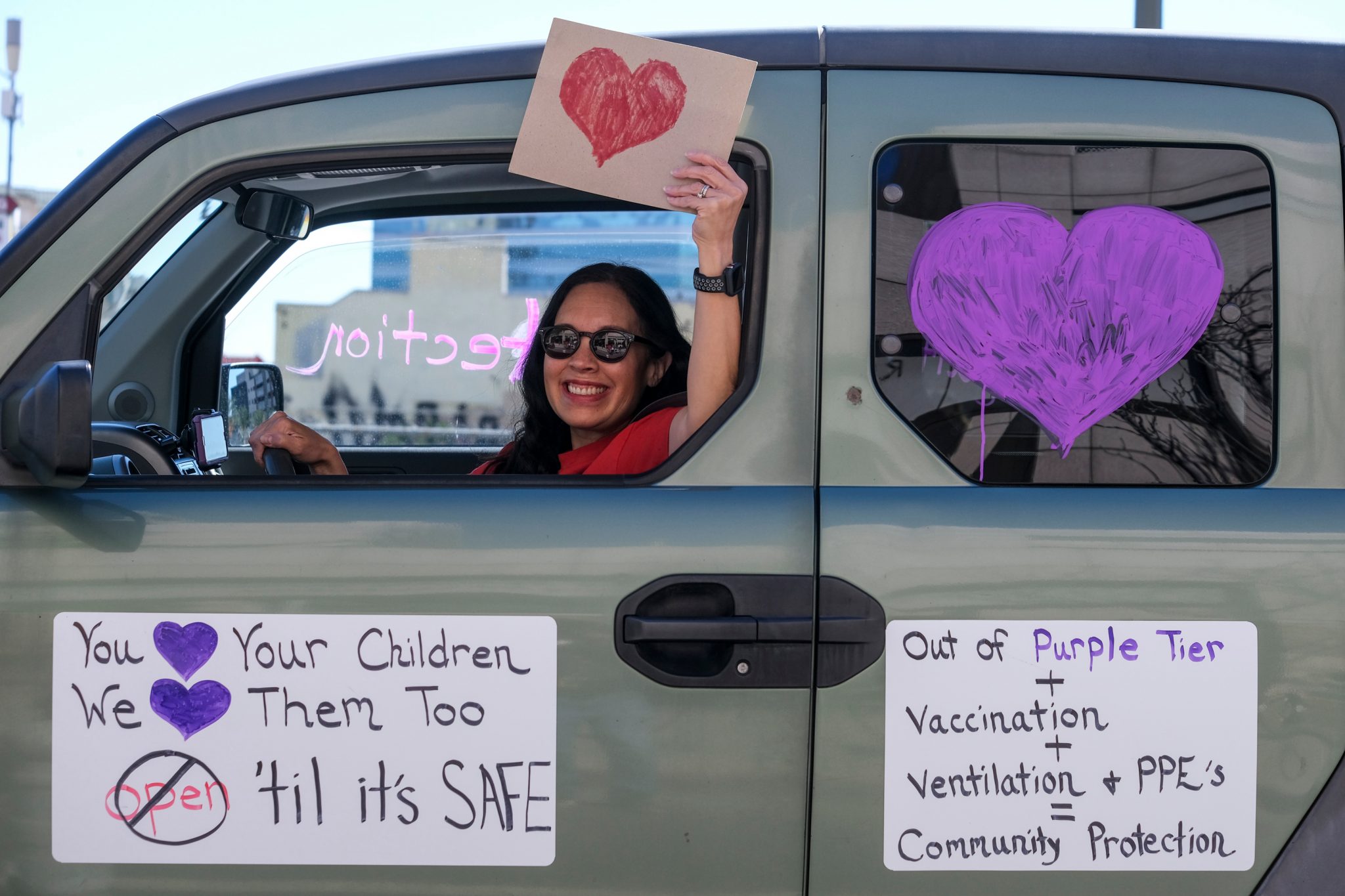 The little-known Oakley Union Elementary School District, in the sprawling suburbs 50 miles east of San Francisco, isn’t accustomed to national attention. The school board’s hot mic moment, however, during a video call earlier this month created widespread and justifiable anger because it captured the arrogance, stupidity, and condescension that’s typical on some school boards — especially as officials drag their feet on reopenings.

The board members didn’t realize that their discussion before the start of the public meeting was being broadcast live. Oops. In fact, the video of the moment when they realized as much is one of the most awkward and funniest things that you’ll see on YouTube. As they joked and chatted before the start of the official session, trustees mocked parents whose children they presumably represent.

Why should unions hurry to get back to work? Their members are paid while staying at home.

The Mercury News reported that board member Kim Beede, after referring to a parent who criticized her for attending a party during the pandemic, said: “B—, If you call me out, I’m going to f— you up.” President Lisa Brizendine seemed frustrated at parents who complained about school closings and said, “It’s unfortunate they want to pick on us because they want their babysitters back.” Another board member, Richie Masadas, talked about parents who get high while their kids were at school.

After the fracas, the entire school board resigned and apologized — but the story had already spread nationally because it spoke volumes about the attitudes of state and local officials, who show little concern as the pandemic-induced shutdowns approach a full year. Even Gov. Gavin Newsom has become frustrated with the Legislature’s reopening resistance and with the California Teachers Association’s (CTA) antics.

That powerful teachers union is for reopening, of course, but only after the state navigates one obstacle after another. Before reopening, local unions and union-dominated school districts, such as Los Angeles Unified School District, made a variety of absurd financial demands and “reforms” that often had nothing to do with COVID-19.

Why should unions hurry to get back to work? Their members are paid while staying at home. Some public-sector workers are even getting raises. By the way, the districts have failed mightily to implement effective technology-based at-home learning plans. As private and charter schools quickly adapted to the frustrating stay-at-home circumstances, the public schools often were wildly incompetent at the distance-learning basics.

“Unions were advocating for policies that might lower what was already a small risk to their members even though this effectively meant millions of children would fall even further behind in their schooling while parents struggled to work,” wrote the Washington Post’s Megan McArdle. “They were doing this not because they had irrational fears that could be explained away, but because they cared more about small risks to themselves than large risks to others, and had made a clear-eyed calculation that they could get away with it.”

McArdle argues that union foot-dragging might lead to a divide between affluent, progressive-minded parents and teachers unions, but I’m not so optimistic. California’s Legislature remains more attuned to the demands of the CTA than concerns of its largely progressive electorate. The latest “reopening” bill “keeps labor groups in the mix by requiring schools to reach collective bargaining agreements with unions by April 1,” as the Sacramento Bee reported.

By giving unions the final say, the Legislature is giving unions veto power over any plan to reinstate in-person schooling. “Private schools and parochial schools have largely stayed open throughout California while public schools shut down,” Bee columnist Marcos Bretón explained. “This is because teachers at private and parochial schools are overwhelmingly non-union. The rights of students in private schools — like the children of Gov. Gavin Newsom — are not subject to negotiation.” Exactly.

This situation highlights the Catch-22 whenever government provides a service. We must pay for it, but have no way to hold those agencies accountable, especially when special interests have insurmountable power. With the pandemic, we see the situation in its full absurdity. Public schools have every incentive to stay shut. Meanwhile, they are doing a poor job providing at-home education. The public needs to pay up and keep quiet. How dare they want their “babysitters” back!

The only answer is for people to vote with their feet, even if they are stuck paying (in California) more than 40 percent of their taxes to keep the system going. The current system harms the poor the most, given that poor parents can’t afford private-school tuition. The Wall Street Journal found that “students from low-income households are more likely to be learning remotely full time than students from upper-income brackets.”

Furthermore, the chronic absentee rates since the pandemic have soared among minority, poor, and special-needs students. It’s amazing that California lawmakers can still claim that they care about the poor. That is why the Oakley situation made national headlines and continues to ruffle feathers. The union-controlled public schools are failing their students, yet the system mocks its “customers” for showing deep frustration.

Steven Greenhut is Western region director of the R Street Institute. Write to him at sgreenhut@rstreet.org.