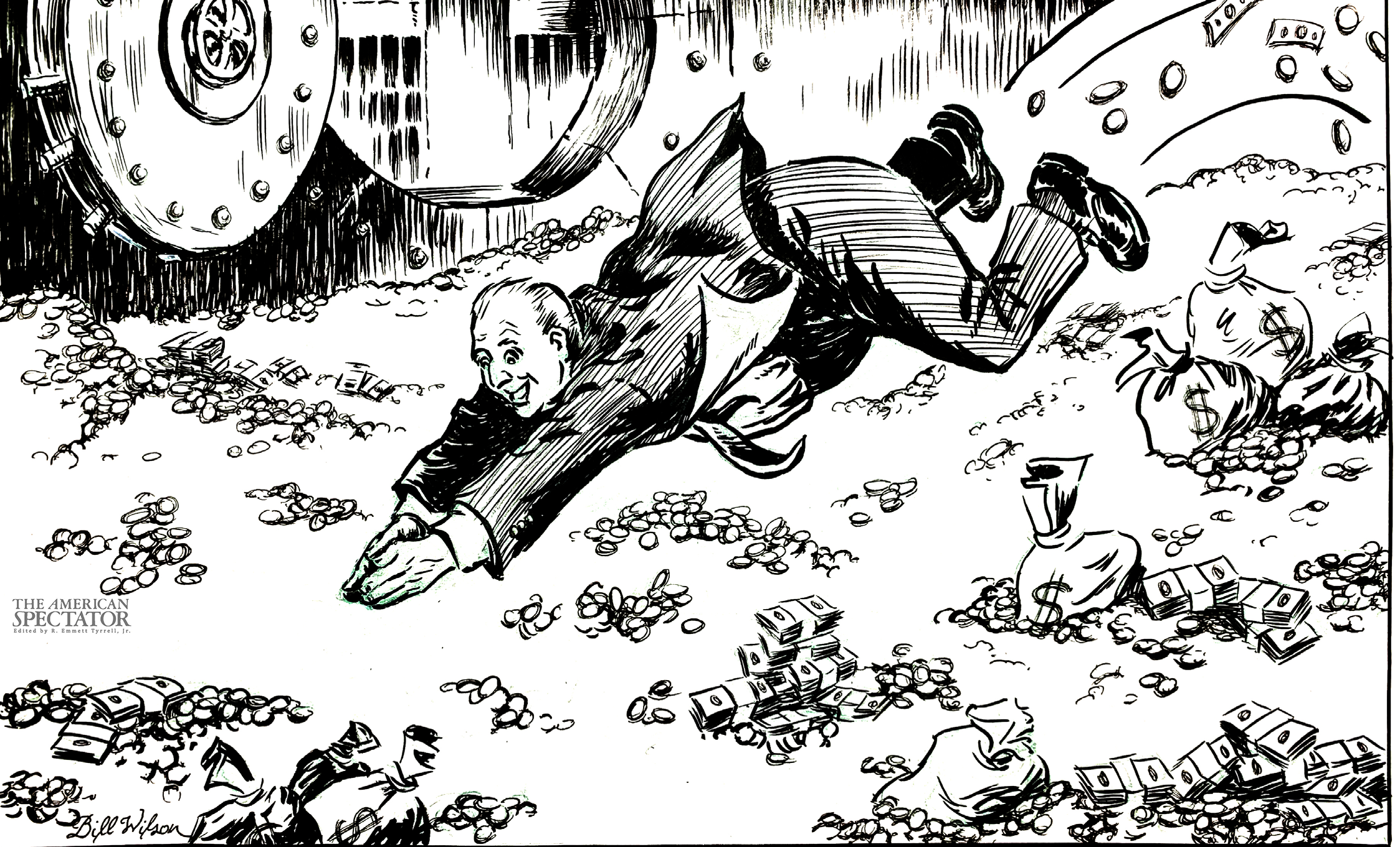 Donald Trump and the Republican Congress brought the U.S. economy to life after Barack Obama gave us eight years of the weakest recovery since World War II. The partial shutdown of the economy driven by COVID fears reversed those gains, and yet by Election Day 2020, unemployment had fallen from a high of 14.7 percent to 6.9 percent, the stock market rebounded, and GDP growth exploded with a V-shaped recovery.

Republicans turned the economy around once, and then again. What will it take to keep us on pace to keep China and Europe in the rear-view mirror?

When President Trump was elected in November 2016, the S&P 500 jumped 5 percent before he even took office. Investors knew he planned to reduce business and individual taxes and that the threatened spending, taxes, and regulations of a Hillary Clinton presidency had evaporated.

The late 2017 tax bill brought the corporate tax rate from 35 percent — the highest in the world — to 21 percent, below China’s 25 percent but above Ireland’s 12.5 percent. The Trump tax cut also ended the U.S. policy of a worldwide corporate income tax that taxed profits of American companies when they brought their earnings back to the U.S. and after they had already paid taxes on those earnings in other nations, such as France or Japan. Several trillions of dollars in U.S. profits held in limbo overseas were made available for investment in the United States.

Individual tax rates were reduced at every tax bracket. The per-child tax credit was doubled from $1,000 to $2,000 and extended from twenty-two million to thirty-three million American families. The median income family of four received a $2,000 tax cut. The median income single parent with one child got a $1,300 tax cut.

With Trump, regulations were significantly reduced, and the Obama–Biden–Clinton plans for ever more regulatory costs were brought to a halt.

The good news after the 2020 election is that a likely Republican Senate means Biden cannot repeal or reduce the pro-growth value of the 2017 tax cuts. Some of those tax cuts were enacted for ten years, and some, like the corporate income tax rate reduction, were made permanent. That is the base of a strong pro-jobs, pro-investment environment upon which we can build.

For the next two years, a Republican Senate will likely stand between Biden and Pelosi and their ability to repeal the GOP tax cuts. Executive orders and regulations will dribble out, slowing growth and killing too many jobs. But in 2022, Pelosi’s House, with its greatly reduced Democrat majority, will run for reelection with the millstone of their radical rantings and House legislation that never passed the Senate around their necks. As in 1994 in reaction to Clinton’s leftward lunge and 2010’s reaction to Obama, the Republicans will retake the House and strengthen their majority in the Senate.

Then, when Biden wants anything, the Republicans will have a wish list of pro-growth policies that they can demand for any spending plans Biden hopes to enact.

The following policies have wide support in the Republican caucus and would help us build on the GOP’s and Trump’s progress on tax reduction and deregulation:

Protect the three million students now in charter schools from the teachers’ unions’ demands that charter schools — free of union control — be defunded. Republicans saved the Washington D.C. Opportunity Scholarships from Obama. They can save charter school students across the nation from Biden and the NEA.

Don’t allow infrastructure spending without reforming the permitting process to reduce the time to build a new road or bridge. This would greatly reduce the cost of new construction.

Protect independent contractor laws from the demands of labor unions that everyone has to have a boss and be a target of unionization. Labor unions and Democrats enacted Assembly Bill 5, the California law banning ride-sharing and delivery drivers from being self-employed, independent contractors. Californians sent a shot across the bow of the Democrats and union bosses by scaling back that law through the initiative process on Election Day 2020.

Rein in the runaway cost of entitlements with the Paul Ryan reform that blocks grants for all welfare programs to the states and limits their growth to the increase in wages (once we have a GOP House, Senate, and White House). This would have happened already, but we lost that Senate seat in Alabama, weakening the Senate majority.

Put a knife in the politics of envy and class hatred by expanding the investor class. Already there are more than one hundred million Americans with a 401(k) or IRA. Fifty-three percent of U.S. families have such an account, and they see that the strength of corporate after-tax earnings is highly correlated with the increase in their lifetime savings. One hundred million owners of IRAs or 401(k)s are a less appealing target than “the 1 percent.”