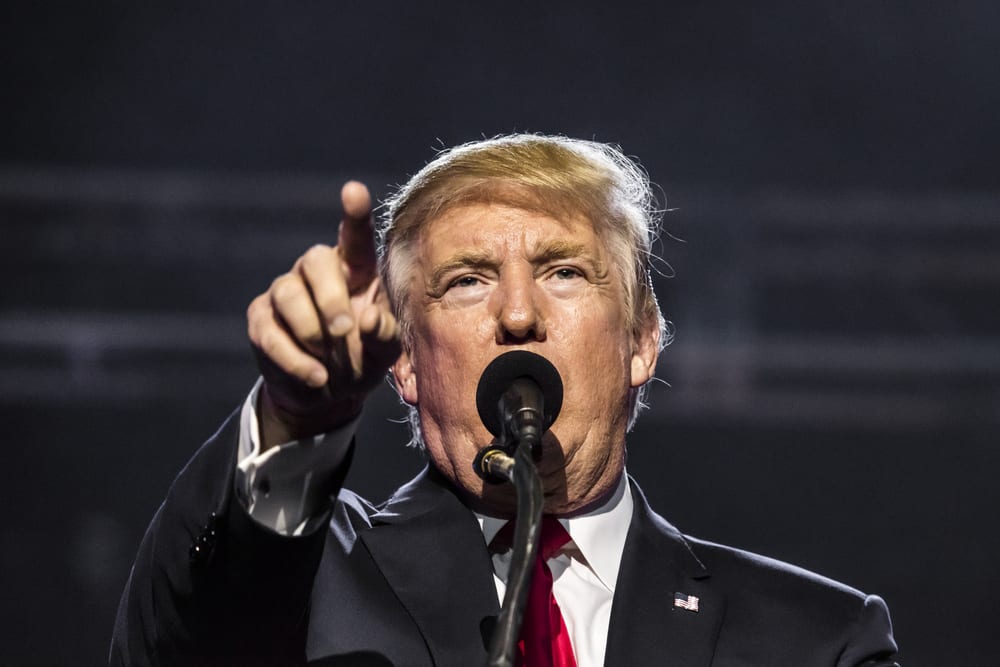 President Trump and the Republicans in Congress are now working to breathe life back into the economy for the second time in four years.

Their first effort was a smashing success. The week after Trump defeated Hillary Clinton, the Dow jumped 950 points — 5 percent — reflecting people’s belief that a Republican House, Senate, and White House could begin to dismantle many of the regulations that, had Hillary been elected, would have gone into effect and further slowed the recovery. And the market reacted well to Trump’s plan to bring the corporate income tax rate of 35 percent — the highest in the developed world, higher than communist China’s 25 percent — down to 15 percent.

In the final tax reform/reduction legislation, the corporate rate was permanently dropped to 21 percent, and business investment was immediately expensed for five years. The standard deduction for a couple was doubled from $12,000 to $24,000, the child tax credit was doubled from $1,000 to $2,000, the Alternative Minimum Tax was mostly wiped out, and everyone received a reduced marginal tax rate. A median income family of four saw their burden reduced by $2,000 each year.

The Congressional Review Act was employed sixteen times to tear out entire Obama regulations imposed in the final six months of his presidency. Other deregulation required the long march through the bureaucracy to undo the damage. The Department of Transportation reduced the cost of Obama’s plans to increase the mandated CAFE standards. This will save the American people $200 billion in total costs over the lifetimes of the vehicles and $100 billion in regulatory costs. 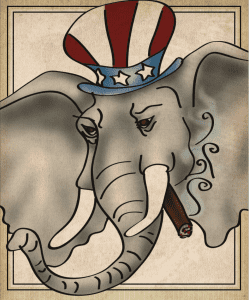 The past three years could have gone very differently. Imagine if Hillary Clinton had won.

The economy was then already weakening. The seven and a half years of the Obama “recovery” beginning in July 2009 were the weakest since World War II. Had Obama’s recovery been as strong as Reagan’s, seventy months after the recovery America would have had twelve million more people employed in the private sector. GDP would have been $1.6 trillion higher after four years.

This would have been a record and a contrast for Trump to place before the American people on November 3, 2020.

But then the virus. And the shutdown to stop the virus. Thirty million people filed for jobless claims by May 1.

Now Trump must turn the economy around before the election. This time he starts with 14.7 percent unemployment and a declining GDP, all engineered by the federal and state governments shutting down businesses and forcing Americans to stay away from work for more than a month.

And Trump must perform this second act without control of Congress. Nancy Pelosi has a veto over any legislation.

America starts its road back to growth with one huge advantage. The policy fundamentals are strong. The lower tax rates, deregulation, and lack of foreign wars are all in place. The task is to return to success and not lurch into the unknown or flail around with “Hail Mary” passes wondering what might work.

Trump’s “to do” list begins with “do no harm.” This is the rebuttal to Rahm Emanuel’s exhortation to Democrats to use every “crisis,” real or imagined, as the driver for higher taxes, more spending, and more expansive and powerful government, summarized as “Never let a serious crisis go to waste.”

So far, Trump has turned back demands by Pelosi to move to mail-in ballots for the November elections to facilitate voter fraud and ballot harvesting. He stopped the drive for a $2 trillion “infrastructure” bill. (Infrastructure is now code for “everything except roads and bridges.”)

Trump has said no to any tax hikes. Tax increases have a nasty habit of lasting much longer than the supposed crisis that called them into being. The Federal Excise Tax on phone calls, enacted in 1898 to pay for the Spanish–American War, lasted more than one hundred years. The “temporary” 1936 Johnstown Flood tax on spirits to pay for rebuilding is still being paid by all Pennsylvanians to this day. The death tax was imposed to pay for World War I. Still with us.

Trump’s refusal to bend when the establishment winds blow is our greatest protection as we approach the November election. Not every president has withstood the pressure.

George W. Bush, confronted with the “crisis” of Enron’s meltdown, signed the Sarbanes–Oxley legislation in 2002,

creating vast new powers over corporate governance. The failures of Fannie Mae and Freddie Mac were used to impose Dodd–Frank’s stranglehold over the financial sector. The stock market drop in 1929 brought us income tax rates to 75 percent, wage and price controls, the New Deal, industrial labor policy, and an alphabet soup of federal agencies, almost all still looming over the economy.

This time, a great deal of money was tossed into the air to reduce the damage to American businesses and workers that the “stay-at-home” orders inflicted. But that was a one-time expenditure, not the creation of a permanent tax or agency. And the early legislation to reduce the pain included the permanent repeal of Obamacare’s “medicine cabinet tax,” which hiked taxes by not allowing you to use your flexible spending account or Health Savings Account to buy flu medicine and other over-the-counter drugs. Gone. Permanent. Trump has now signed the repeal of six Obamacare taxes.

The most cheerful news in the response to the coronavirus has been the wave of deregulation.

In 2020, Congress also provided $250 billion in retrospective payroll tax relief, allowing businesses to carry back losses five years for 2018, 2019, and 2020,allowing companies to deduct 50 percent of their interest payments in 2020, and waiving the minimum distribution requirements from your 401(k) this year.

The most cheerful news in the response to the coronavirus has been the wave of deregulation as the federal and state governments have found that government itself was standing in the way of combating the pandemic. As of May 1, more than four hundred different laws and regulations have been repealed or suspended.

The CDC and FDA had to give up their monopolies on creating and regulating testing. Telemedicine has been legalized in many areas, state licenses for doctors and nurses and medical technicians are now being recognized across state lines, and stupid rules in Texas about never mixing liquor and groceries in the same truck (isn’t this something from Leviticus?) have been suspended. Many of these deregulatory moves may become permanent. All should.

The largest barrier to restoring growth was enacted into law when the Trump administration capitulated on one very destructive Democrat demand — supplementing each state’s unemployment with an additional $600 per week, or $2,400 per month. That increase in payments for not returning to work will not end, under present law, until August 1. As early as April, restaurants and other small businessmen were learning from their laid-off employees that they would not be returning as long as the larger unemployment checks were almost as large as their paychecks, and in some cases larger.

As August 1 approaches, Democrats will demand that the higher unemployment payments continue — conveniently guaranteeing that unemployment will stay high through the November election.

Republicans have been here before. In 1992, extended unemployment benefits were scheduled to run out just at the same time that the Bush tax cuts were to end. This fiscal cliff did not scare Republicans into extending the benefits and new jobs jumped just as unemployment benefits were running out. People do decide to stay home if their unemployment is almost as profitable as working. If Republicans hold steady, employment in August should shoot up as the oversized payments for non- work end. That gives Republicans all of August, September, and October to show monthly gains in employment. And the question as to whether or not Americans perceive the world as getting better will be a resounding yes — even if rebounding from a painfully low starting point.

There are many reforms that would speed up the return to growth: Making the present five years of expensing for business investment permanent. Ending the half of FICA taxes paid directly by workers for 2020. Those reforms require legislation, which requires Nancy Pelosi’s blessing, which comes only with a big price tag of spending for corrupt cities and incompetent governors. More likely and thus more useful are those actions that can be done through executive orders, such as ending the taxation of inflationary gains when paying capital gains taxes, reducing the royalties paid for oil, gas, and coal extracted from federal lands, and various deregulatory actions.

There is one thing solely under Trump’s control that will strengthen and speed up the recovery and job growth — convincing the markets that Trump will be reelected with a Republican Congress. Then the deregulation and tax cuts that once brought us prosperity will continue.

The Trump and Republican campaigns will pave the way for both growth and election victory if they highlight Joe Biden’s promise/ threat to increase taxes by nearly $3.4 trillion over the next decade. This is three times larger than the tax hike threatened by Hillary Clinton.

A president’s reelection often follows the stock market. This year watch the markets strengthen as Trump’s campaign flourishes, and that in return will create a virtuous cycle of more support for Trump leading to the stronger markets that power the Trump campaign.

Or the other way around.