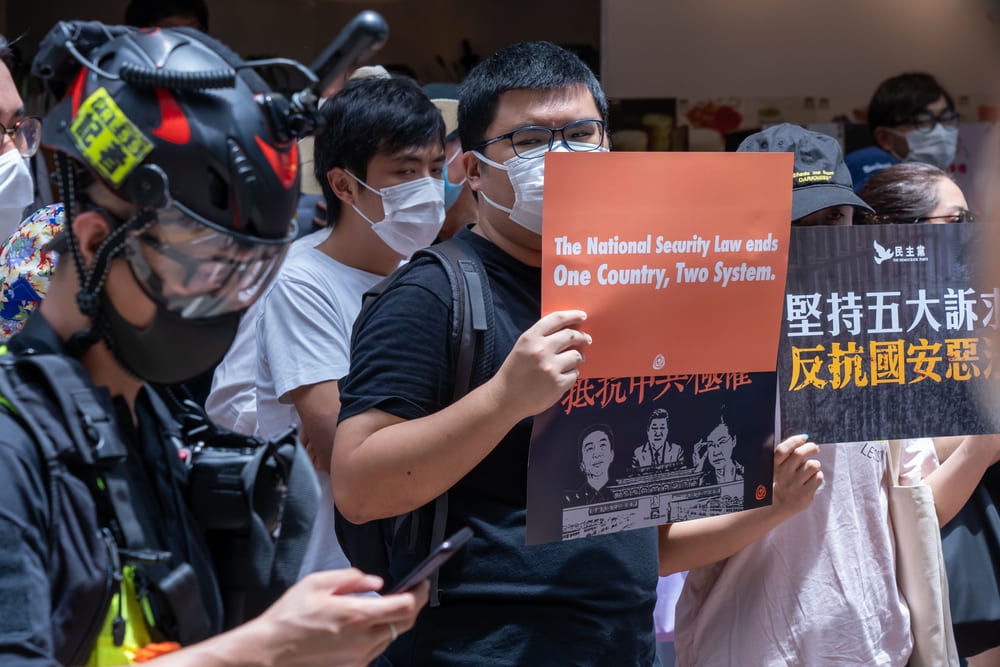 The autonomy of Hong Kong is under broad-based attack by China and its communist regime. According to the agreements undertaken to implement its transfer from British to Chinese control in 1997, Hong Kong has operated under the principle of “one country, two systems,” which has allowed the city to thrive under its own form of Constitution, with its own police force, court system, and legislature — much as before the transfer. This autonomy has protected and nourished a powerful, free-market economy, which has continued to bring prosperity to the citizens of Hong Kong and, indeed, to the Chinese on the mainland.

Working with our allies to consolidate and increase pressure on China is critically necessary right now.

Because of their Constitution, the people of Hong Kong have enjoyed freedoms and liberties of which residents of mainland China could only dream. Hong Kong has been granted special status by Western nations that support its free-market economy and civil liberties. The “one country, two systems” agreement was to last through 2047, but actions Beijing has taken in recent months will lead to a swift and bitter end, killing the “Golden Goose” of prosperity.

Hong Kong citizens have peacefully protested the interference and intrusion of China for decades. As China has grown more aggressive in these totalitarian actions, the protests have grown. Protests earlier this year drew crowds of over a million to the streets in opposition to policies that would weaken Hong Kong’s autonomy. When the coronavirus pandemic forced crowds off the streets and into quarantine, the Chinese government took advantage by using the void to strip away the citizenry’s rights and freedoms. Through a compliant government, it got a new National Security Law enacted, which bypasses the duly elected Hong Kong legislature. This sweeping new law allows for warrantless searches, imposes maximum sentences of life in prison for dissenters, and stifles free speech and peaceful protests.

The actions taken by the Chinese Communist Party against Hong Kong are the latest example of Chinese aggression in the region. Trade disputes with Japan, border disputes with India, recently involving armed conflict, and the continual issues of theft of technology and intellectual property from United States and other countries’ companies call for a response from the Western world. Furthermore, China continues to lie about its role in the spread of the coronavirus and has stepped up its now public quest for global hegemony.

Working with our allies to consolidate and increase pressure on China — through trade penalties, tariffs, and incentives for Western companies to relocate facilities back to the West and to reorient supply chains to reduce dependence on China — is critically necessary right now. Additionally, we should push for the “paroling” of Hong Kong citizens to the United States if they want to leave.

Enacting legislation to curb China’s aggressive, invasive behavior — such as the SHEET Act, which I introduced last year along with Sen. Ted Cruz — will expose the real intent of China to dominate the globe. The SHEET Act would investigate and restrict the activities of the Confucius Centers, which China has placed on many American university campuses and as a result reduce the opportunity for theft of intellectual property, intelligence gathering, and subversion of our students.

Lastly, we need to reaffirm our commitment to Taiwan, a staunch ally of the West that stands for personal liberties, free markets, and democracy, as well as countering China’s malign influence in the region.

The people of Hong Kong deserve our support — and we need to nurture the spirit of freedom, competition, and democracy that they espouse as a counterbalance to Chinese aggression even further beyond its borders.

Francis Rooney (@RepRooney) has represented Florida’s 19th congressional district since 2017 and is the ranking member of the Western Hemisphere Subcommittee of the House Foreign Affairs Committee. He previously served as U.S. Ambassador to the Holy See under President George W. Bush from 2005 to 2008.