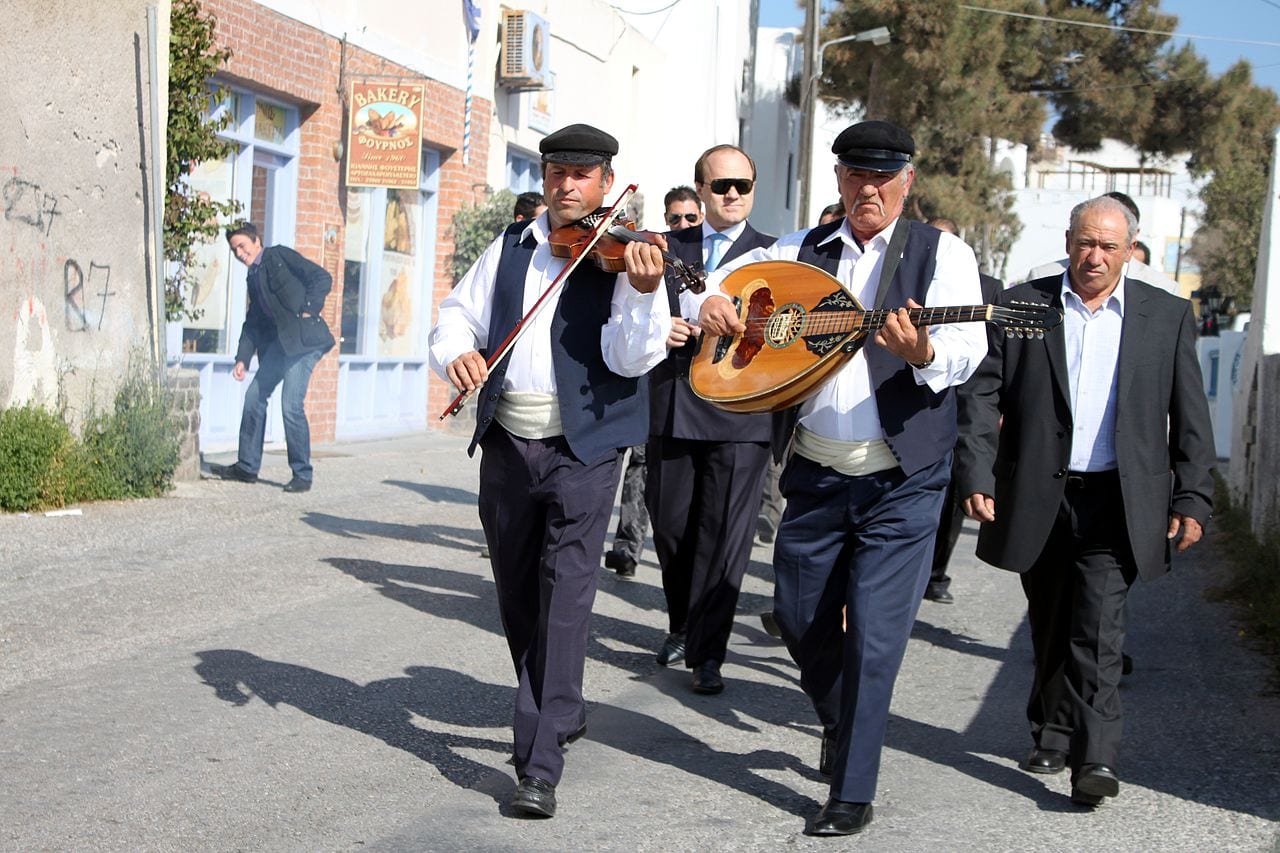 February 7 starts National Marriage Week. I propose that, in conjunction with this annual event, we identify, and create, music that promotes marriage, including forgiveness and reconciliation within the context of marriage. I concur with the statement of Ellen Wilson Fielding who wrote on July 2, 2015, in the aftermath of the Supreme Court decision on same-sex marriage, “What we need is repeated contemplation of the wellsprings of true marriage and family — not just as encountered in theology but also artistically, in the novels, movies, and writing of the past.” I would like us to identify music “of the past,” including the recent past, and maintain it as a library (or a collection or database) on the Web and institute an annual prize, with a gala dinner, for new music.

There is no need to cite statistics but we can list the various ways that traditional marriage and traditional virtues are undermined by contemporary culture where the only shared cultural inhibition on sexual intercourse is consent. We are surrounded by underage sex; premarital sex and cohabitation; extramarital sex; sexual harassment; artificial insemination; homosexual behavior and same-sex marriage; abortion; divorce; pornography; foul language; immodest dress. And we can note as well the high percentage of children born out of wedlock, and the high percentage of children with single parents. Corresponding to this degraded society is the music — music that both reflects and encourages this behavior. One example will suffice: Katy Perry’s Teenage Dream (2011). Her lyrics include: Let’s go all the way tonight / No regrets, just love.

The Library of Pro-Marriage Music

I nominate for inclusion in a library of pro-marriage music 185 songs listed in a pdf here:

I’ve provided on this list the name of the artist (at least one because many have been the subject of covers), the date (as early as 1880 to present), and the genre. About 70 of these songs have titles or lyrics wholly about marriage. I would be delighted to share with you all of their lyrics if they weren’t copyrighted. These include the following 16, in alphabetical order, with some covers identified:

Of these, I particularly like the ones that describe a long married life with children: Kisses Sweeter Than Wine and Memories Are Made of This.

For about 115 of the songs I nominated, there may be only a word or two that indicates that they are about marriage — and I’ve indicated in the linked spreadsheet what those words are. They include: altar, anniversary (unless it could be birthday or first date), (wedding) band, bride, chapel, church, church bells, engagement, groom, honeymoon, husband, I do, in-law, marriage, married, marital, proposal (to marry), rings (but not if reference may be to a high school ring), to have and to hold, vow, wedding, widow(er), widowhood, wife.

You may want to nominate a number of other songs. I did not conduct a search on the Web. If I had, I’m confident there would be more. Rather, I identified songs to which I had listened during the past several years.

There are many, many songs that, while being beautiful songs, indeed some of them are used at weddings, did not make my cut because they did not include language that made it clear that they were about married or engaged love, or forgiveness/reconciliation in the context of marriage or engagement. Music that addresses eternal/forever/everlasting/true love, or promises, didn’t qualify because the culture is full of unkept promises. The expression of love, however deep, without vows did not qualify. As the duet of Hey Paula (1963) sang, I want to marry you too/True love means planning a life for two. And as Beyoncé sang in 2008, If you like it/Put a ring on it! Music about eternal love might be referring to a relationship other than marriage (e.g., cohabitation). Similarly, music that refers to reconciliation without referring to marriage is insufficient since cohabiting couples and couples who are dating also experience reconciliation. I did, however, assume that references in a song to parents were referring to a married couple.

I’d like to see a change in the lyrics, a few words perhaps, of many such songs that would make them eligible for inclusion in a list of songs about married love — and have their new lyrics lawfully licensed. To give you an idea, here are a few candidates (again, in alphabetical order), without trying to identify covers:

Be My Love — Jerry Value;

Betcha by Golly Wow — The Stylistics;

Come Softly to Me — The Fleetwoods;

Forever and for Always — Shania Twain;

God Gave Me You — Blake Shelton;

I Love How You Love Me — The Paris Sisters;

One Alone — Romberg’s The Desert Song;

Side by Side — Bing Crosby/Mitch Miller; Pat & Shirley Boone;

Stand by Your Man — Tammy Wynette;

Through the Years — Kenny Rogers;

Together Forever — Rick Astley; and

Worthy of your attention in this regard is Long Ago and Far Away. It was written by Kern and Gershwin for the 1944 movie Cover Girl. Fully four versions of the song made the charts in 1944! They were by Helen Forrest/Dick Haymes, Jo Stafford, Perry Como, and Bing Crosby. There’ve been innumerable covers since by, for example, Mario Lanza, Johnny Matthis, Frank Sinatra, Rosemary Clooney, and Rod Stewart (2005). Might a song like this have its lyrics changed?

Here’s another example: Chris de Burgh’s 1986 hit Lady in Red. It could easily be revised as Lady I’ll Wed, while maintaining some references to wearing red. Indeed, de Burgh says he wrote the song about his wife (and the memory he had of seeing her in a red dress).

The purpose of the prize for new music that promotes marriage, including forgiveness and reconciliation, is not to provide just an honorary award. Rather, it is to provide a financial incentive to compose and play music such music, contrary to the current culture. It must be good music that will capture the imagination of the young. It will hopefully be music that will infuse the culture.

The money for the initial prizes would come from loans. The money could be repaid through royalties.

Returning to the suggestion of Ellen Wilson Fielding on our need for “repeated contemplation of the wellsprings of true marriage and family” in art forms, let me conclude with some lyrics of Irving Berlin (1888-1989) who wrote 1,500 songs, including the scores for 20 Broadway shows and for 15 movie films: Say it with music/ Beautiful music.