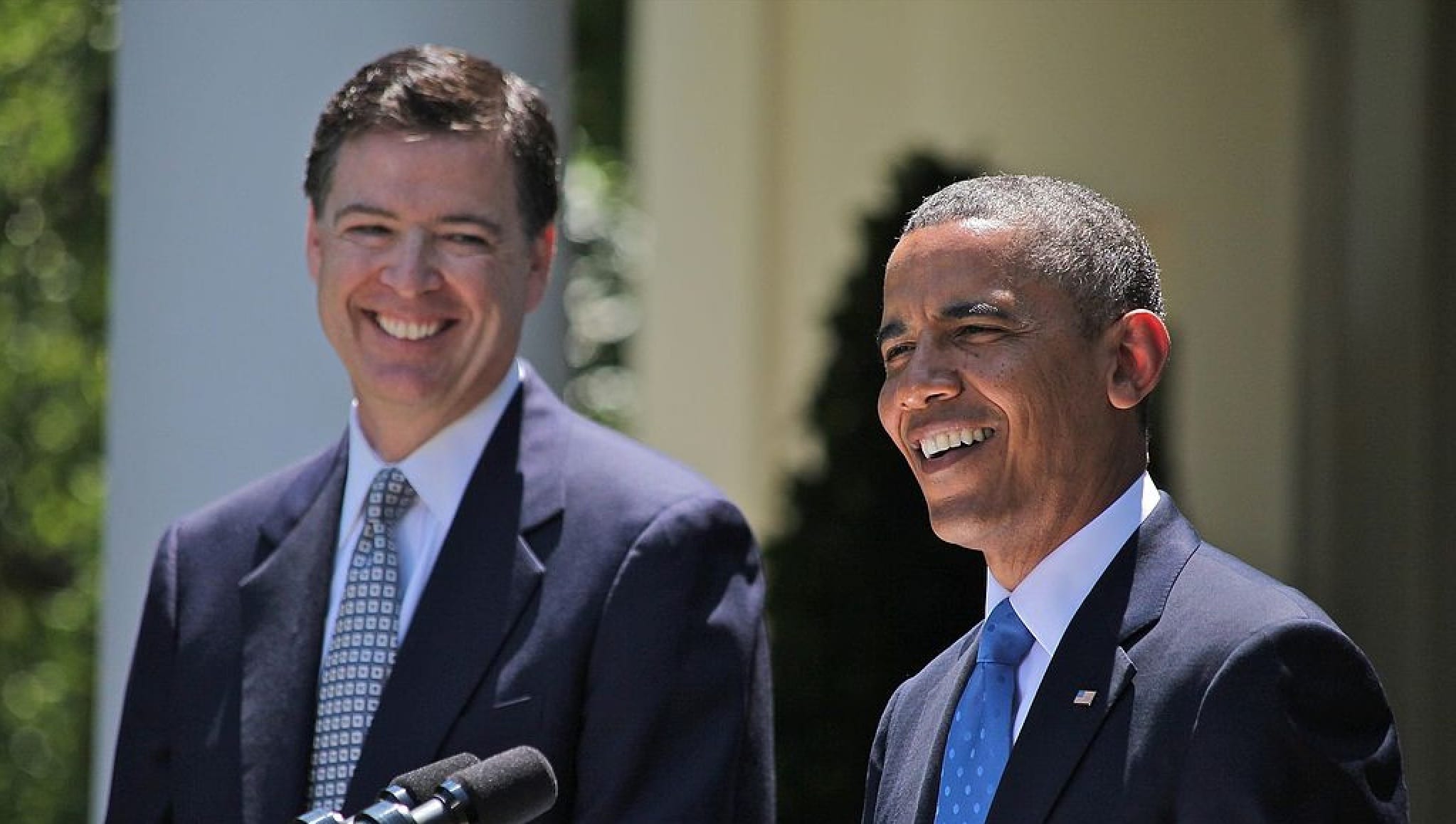 Call it the corruption of insiders.

The latest news from Chicago has a very angry Mayor Rahm Emanuel and Police Superintendent Eddie Johnson attacking the Cook County State’s Attorney’s Office for abruptly dropping the 16-count indictment of actor Jussie Smollett. Recall that, in the words of the New York Times:

Mr. Smollett, who is black, gay and outspoken on social issues, had told the police that two men jumped him, while taunting him with homophobic and racial slurs and yelling “This is MAGA country,” a reference to President Trump’s “Make America Great Again” slogan. The assailants, according to Mr. Smollett, tied a rope around his neck and poured a chemical substance on him. He was briefly treated at a hospital.

Then, of a sudden, the Chicago police, after investigating, came to the conclusion Smollett’s tale was not only a lie but that it was a stunt. A stunt which Smollett had carefully planned himself and carried out with two Nigerian brothers who were captured on video purchasing the supplies used in the “attack.” The idea was to gain national attention for Smollett, who was said to be dissatisfied with his salary on his Empire TV series — and at the same time take a smack at President Trump, whom Smollett despises. Abruptly, Smollett went from heroic victim to perpetrator and found himself formally charged.

Now, the judicial proceedings formally underway with indictments in hand, of a sudden the charges were all dropped. Astounding Mayor Emanuel and Police Superintendent Johnson.

Said the Mayor: “This looks like he’s an actor, a person of influence, he got treated differently than everyone else.”

In fact, the New York Times reported this in the same story linked above:

Until Tuesday, the prosecutor’s office had appeared to be taking a hard line with Mr. Smollett. A couple of weeks after his arrest, the office announced that a grand jury had indicted him on 16 separate counts of disorderly conduct related to the filing of a false police report. The move appeared to increase the pressure on Mr. Smollett, whose lawyers described it as “prosecutorial overkill.”

But the state’s attorney’s office had already drawn scrutiny for its handling of the case. The Chicago Tribune reported that after police department sources began leaking their doubts about Mr. Smollett to local reporters, Tina Tchen, a former chief of staff to Michelle Obama, had emailed Kimberly Foxx, the top prosecutor, saying the actor’s family had “concerns about the investigation.”

Ms. Foxx told Ms. Tchen, and separately a member of Mr. Smollett’s family, that she had asked the police superintendent to request that the F.B.I. take over the investigation.

“Omg this would be a huge victory,” the relative replied in a text message, according to The Tribune.

Once it became clear that Mr. Smollett was himself a suspect, Ms. Foxx recused herself from the case, but her actions had already embittered the police department, and the head of the police union accused her of interference.

Over at the entertainment site TMZ was this report:

Jussie Smollett logged a total of 18 hours of community service over 2 days — with Jesse Jackson‘s organization, the Rainbow PUSH Coalition — and that was enough to satisfy prosecutors in Chicago.

In other words? Insiders in Chicago — from Tina Tchen, the ex-chief of staff to former First Lady Michelle Obama, to Jesse Jackson — put the pressure on to have the charges dropped. And the all-too-responsive Cook County State’s Attorney, Kimberly Foxx — she of widely reported political ambitions who had previously recused herself from the case — suddenly jumped back into the case and had the charges dropped. It doesn’t get more “insider corruption” than that.

Meanwhile, in Washington, the Trump-Russia collusion case imploded with the Mueller report. But not before revealing a cast of insiders who spent volumes of time trying to, first, prevent the election of Donald Trump to the White House. Then, second, when the attempt at preventing his election failed, a veritable parade of the same insiders began going about the business of plotting a silent coup to remove the new president. These insiders all have names and held major jobs. They include both an ex-Director of the FBI and CIA, plus over twenty officials in either the FBI and the Department of Justice. Most have now either been fired or resigned.

What both the Smollett case and the “get Trump” silent coup attempt have surfaced is a bold case of the corruption of insiders in Chicago and Washington. Revealing an elitist mentality that has those with power and influence deliberately and willfully ignoring the law in an obsessive drive to satisfy their own personal political whims — freeing Jussie Smollett in Chicago or blocking Donald Trump from the White House and then plotting to remove him once duly elected. And in both cases the elite media aided and abetted in the pushing of the false Smollett narrative and, in Washington, the phony Trump-Russia collusion fairy tale.

It should not go unnoticed that in both cases there were ties to former President Obama. In Chicago, at the center of the corruption in the Smollett case was Michelle Obama’s insider ex-chief of staff. In Washington the plotters began their anti-Trump activities as players of various influence in the Obama administration. From Obama Attorney General Loretta Lynch to the Obama appointed FBI Director Comey and CIA Director Brennan and on down through the ranks, each and every one were tied to the Obama administration.

Whatever else this says it is crystal clear that in both the Smollett and Trump-Russia collusion cases insiders were seeking to achieve their objectives outside the law — the law they took an oath to uphold. They sought to pull strings, to leak to the press, to manipulate, to lie — anything and everything went.

The question now is what to do here.

In Washington it would be a serious mistake for President Trump to follow Karl Rove’s advice in the Wall Street Journal. Said Karl:

Team Trump should use the Mueller report to pivot to issues, like the economy and the opioid crisis, that matter to swing voters who will decide the 2020 presidential election.

Certainly it is always right to stay focused on policy issues — health care, infrastructure, and so on. But “pivot” away from what has been done here to the Trump presidency — and ultimately the American people? Decidedly not.

Over at Fox News, former House Speaker Newt Gingrich has headlined his views this way:

The political and media elite in America have some explaining to do.

As the reality sinks in that the Trump campaign didn’t collude with Russia during the 2016 election — and that no obstruction of justice charges levied against President Trump are forthcoming — Americans are going to start asking why we have been lied to for two years.

Additionally, Congress should fully make the Mueller report and all its supporting documents public — to the extent that the law, national security and decency allow. The agents who wrote and signed the Federal Intelligence Surveillance Act warrant applications that were based on the absurd, unsubstantiated Christopher Steele dossier should be held accountable. As a part of all this, members of Congress should pressure their colleague Rep. Adam Schiff, D-Calif., to step down as chairman of the House Intelligence Committee. Even after Mueller’s findings have been made public, Schiff has continued to lie to the American people about alleged secret intelligence. He has no business knowing our national secrets if he’s willing to fabricate them for political gain.

Second, Congress should look at the wide gap between the Justice Department’s willingness to aggressively pursue phony allegations about the Trump campaign while completely ignoring documented lawbreaking by the Clintons.

The group at the FBI that has doggedly pursued the false collusion story is the same group that let Hillary Clinton slide on deleting official emails, creating an illegal computer server and destroying evidence of her wrongdoing. If fully uncovered, I expect the extent to which these agents were motivated by political bias would be astounding.

Finally, the third investigation should be completed by the news media.

The major media outlets should form a commission — perhaps with Pew Research or the Poynter Institute — to examine the role the media played in spreading falsehoods for the last two years. It’s clear that the media were either handily used by — or fully in league with — the political enemies of President Trump.

Exactly right. What the Speaker is describing is a full-fledged scandal of corrupt insiders lying to the American people day in and day out for over two years.

It is time — past time — to start the ball rolling and get to the bottom of exactly what was done and who was responsible for what. There must be accountability in both Chicago and Washington and start to put an end to the corruption of the insiders.