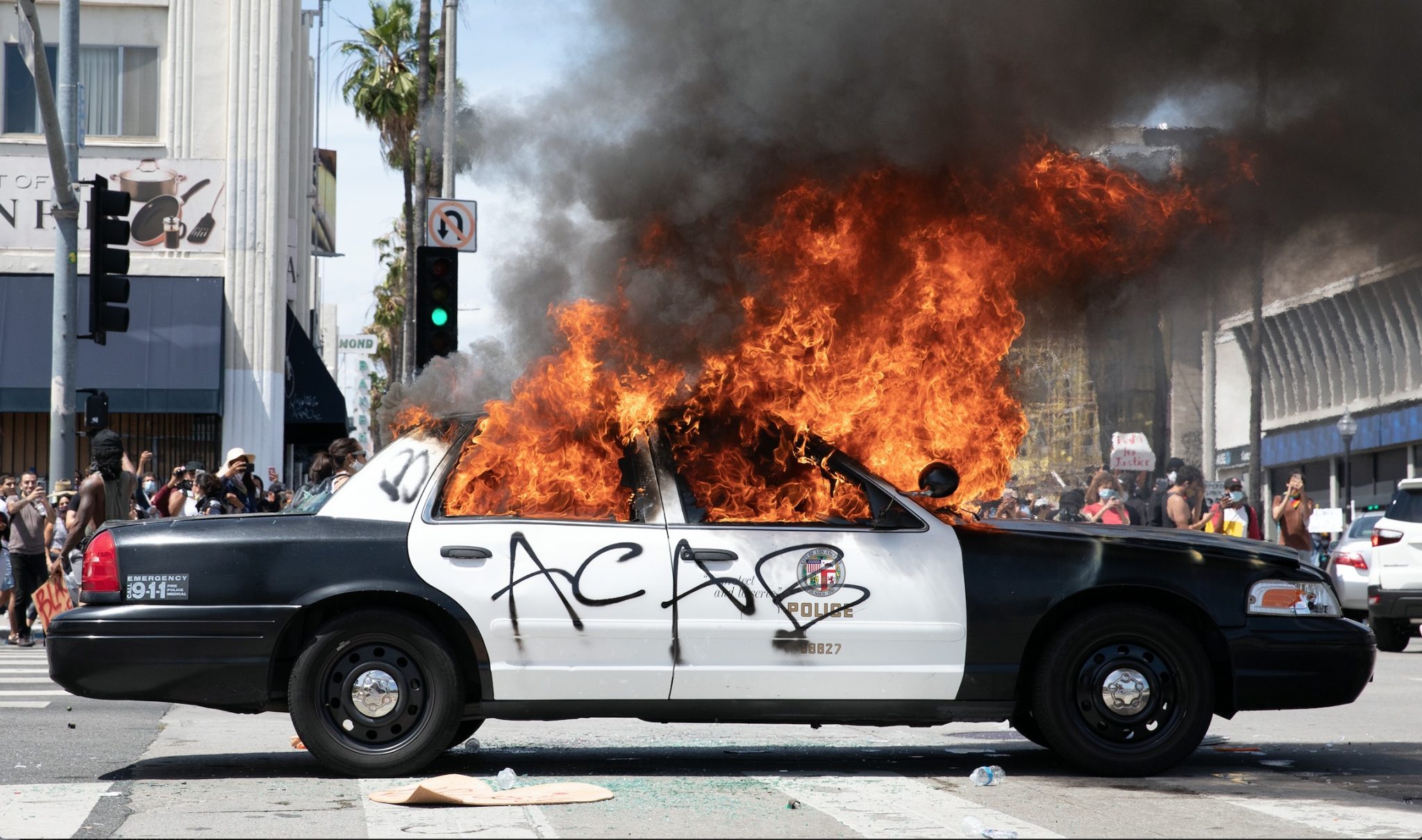 I broke my ankle early in the coronavirus lockdown. So at least I’m locked down by something real; otherwise I think I’d go mad.

I am astonished at how my fellow Americans — a good many of them, anyway — have accepted that they have no unalienable rights, that their lives and liberty depend entirely on the whims of governors and mayors.

I am astonished that so many of our leaders — in government, in corporate America, in our churches — believe that riots in the streets should be met with kneeling and abasement and apologies.

The argument that America is morally indefensible has pretty much won the day. Even those who can’t possibly believe it are too cowed to resist it.

I am less astonished that so few of our leaders will defend Confederate memorials; somehow it has become nearly impossible to articulate a defense of American history that was once common currency, that celebrated the Union’s victory in the Civil War and the abolition of slavery while appreciating the Confederacy’s heroes as America’s heroes. As Theodore Roosevelt put it, America had the “proud right to claim as its own the glory won alike by those who wore the blue and by those who wore the gray, by those who followed Grant and by those who followed Lee; for both fought with equal bravery and with equal sincerity of conviction, each striving for the light as it was given to him to see the light.” Such magnanimity is anathema now.

For too long we have tolerated — some of us out of good manners, some thinking it unimportant, some effectively co-opted by the Left, and some just plain cowards — lies about American history. In the process, we have forfeited our past. The argument that America is morally indefensible has pretty much won the day. Even those who can’t possibly believe it are too cowed to resist it.

But the lies we have to swallow go far beyond American history.

We have been catechized in lies: A man can have a husband and a woman a wife. By changing his clothes, submitting to surgery, and flooding his body with chemicals — or simply declaring that it is so — a man can become a woman, and a woman can become a man. It’s the new alchemy.

For literally years the Washington establishment lied about our elected president, haranguing us with the calumny that he was a Russian stooge or collaborator — only now we know that the real stooges and collaborators were all those establishment figures themselves.

We have been told endless lies about the coronavirus — as documented on Twitter by Alex Berenson and on the “lockdown skeptics” website of Toby Young — to justify utterly unjustifiable suspensions of our most basic freedoms and to enforce a dystopian “new normal” of face masks and social distancing that has no basis in science, all mandated for our “safety” by those who consider themselves our masters.

Does anyone actually like this new normal? Of course they do. Far from being the land of the free and the home of the brave, the United States of America turns out to be a nation of sheep who yearn for protection. We fear a flu-like virus more than we value freedom.

But it’s worse than that. The virtue-signaling mob attacks anyone who attempts to stand up for freedom or patriotism or even law and order.

Under the new normal you can get away with anything if you’re a leftist. Want to abolish the police? Done. Want to turn over city blocks to Antifa? Easy. Want to drive Poujadist small businessmen to the wall? Piece of cake. Want to abuse the law to benefit your friends and punish your enemies? There might be a job waiting for you in the Justice Department under the next Democrat attorney general.

As I sit here with my broken ankle, I know there is little we can do — or that will be done. Our elected Republicans have scant stomach for a fight. President Trump is one of the few willing to affirm America’s traditional freedoms, rights, and heritage — and the unity that should come with respect for our flag and national anthem.

Perhaps Interior Secretary David Bernhardt can establish a new national park — the United States of America Heritage Park — for all the statues and plaques and markers that the grave-robbers are denying us. He might make room for Gone With the Wind, copies of the Constitution, and all the other remnants of the old America that will soon be a thing of the past.

Novelist and historian H. W. Crocker III is the author, most recently, of Armstrong.