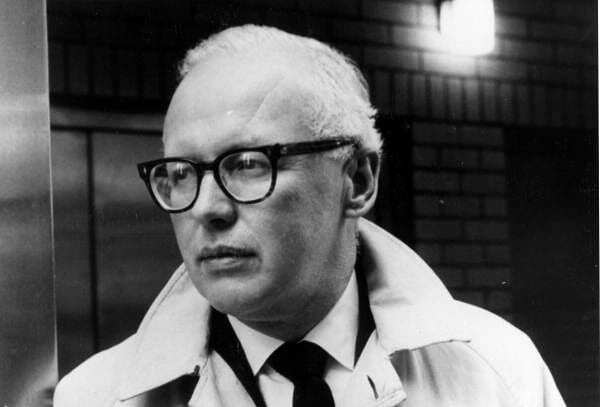 The hero of The Last One Left is Sam Boylston, a Texas lawyer whose fiercely competitive drive causes a breach with the wife who still loves him and whom he loves:

He ain’t real big yet. But he’s moving as fast as you’ll ever see…. You can feel the power in Sam’l.  He’s got the stillness, hearing all, seeing all, tucking it away. When you ragged him about Lydia Jean, I seen something look out of his eyes at you, something I wouldn’t fool with.

Boylston drives his kid sister, by obsessive over-protection, into a desperate situation. Saving her motors the first line of a multi-layered, complex plot into which John D. MacDonald casts characters drawn with an eye that Caravaggio would have admired:

she stared mockingly and mercilessly at herself in the mirror, at the tangle of her hair, deep smudges of fatigue under her eyes, face slack under the tan, mouth pale and swollen — pulpy looking.

Like many an earlier Texan, such as Amos Edwards, or an ex-Texas Ranger, such as Rooster Cogburn, Sam Boylston cannot rest until he gets his man, even if it is — but I anticipate. This is the way of the West, even in the author’s usual territories, such as Florida and the Bahamas.

American story, I tell P, who is still directing his American lit seminar from Parisian confinement. P is a serious man of broad erudition who is also directing a class in 20th-century totalitarianism. He takes a fact-based perspective on the Cold War, the subject of his most recent book. He thinks his students ought to read our best writers.

He has written books on Cuba, including a definitive takedown of the serial killer Ernesto Guevara, so I suggest to him that, after Hawthorne and Thoreau and before Mark Twain, take your students on a detour with this one by John D. MacDonald. It is from the mid-1960s and has the Bay of Pigs.

Central to the peril faced by Boylston’s sister is a complicated scheme to defraud investors in a Bahamas development. And a key intelligence source is a traumatized young refugee from the communist firing squads whom a veteran of the failed invasion, now an investigative reporter in Florida, is watching over and falling in love with.

The two men, the Texan and the Cuban, put the pieces together, in the process finding their true priorities. It is complex story, written when MacDonald had just begun his remarkable series of Travis McGee adventure novels; you can see in Boylston the dilemmas McGee regularly must cope with — making decisions that cut through what he thinks he wants to what he knows is right. For MacDonald, this applies to feelings no less than duty.

It helps that at the nexus of the crime is an individual of unequivocal evil. But fighting evil can involve its own compromises, lesser evils, cut corners, oversights. Who better to explain this to a French audience, I suggest to P., than such a brain as yours, which has been looking at our national batting average against evil and found it, in the end, respectable?