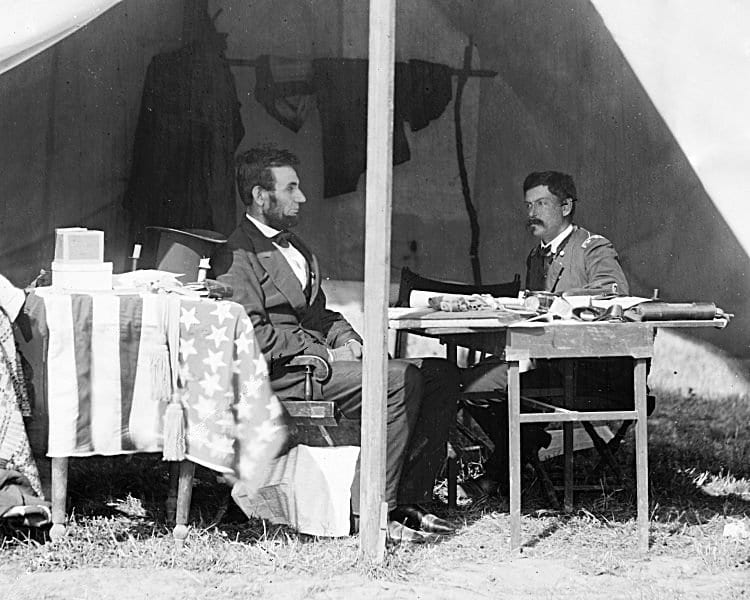 A Rock and Roll Hall of Fame guitarist who lives at the edge of Appalachia ends his every email with a quote from William Pitt the Younger, the British prime minister who successfully defied Napoleon’s planned invasion:

Necessity is the plea for every infringement of human freedom. It is the argument of tyrants; it is the creed of slaves.

Before he entered the struggle, Pitt had sought long and hard to avoid war with France. It was not because he felt an ideological closeness to the French Republic or the Empire that followed; it was rather that he understood something Churchill would put into words more than a century later:

One of the greatest reasons for avoiding war is that it is destructive to liberty. But we must not be led into adopting for ourselves the evils of war in time of peace upon any pretext whatever. (“What Good’s a Constitution?” Collier’s, August 22, 1936)

Tyrants most often invoke an emergency to justify their seizure of power. Churchill again:

Once the rulers of a country can create a war atmosphere in time of peace, can allege that the State is in danger and appeal to all the noblest national instincts, as well as all the basest, it is only in very solidly established countries that the rights of the citizens can be preserved.

The mark of a free country is that its citizens are willing to put up with risk as the price for liberty. Their own freely established enterprises are capable of dealing with most crises and only in the extreme event will they turn cede control to the central government.

It was the very same William Pitt who cautioned his countrymen about yielding to cries of necessity who took the reins and extended the government’s reach to respond to Napoleon’s threat of invasion. Expansion of the military and extensive building of fortifications placed a gigantic tax burden on the people. The economic aspect of the war crashed the British economy. The government went deep into debt when taxes could no longer cover the needed expenses.

It was also Churchill as war leader who gathered unprecedented power into his hands. He had a tax on businesses at one point set for 100 percent of profits beyond a certain margin. He had Nazi sympathizers imprisoned without trial. He set up strict preemptive censorship over the press and radio. Parliamentary elections were suspended. Churchill called it War Socialism, and he was its leader.

War has been the occasion for immense expansion of governmental power in the United States, as well. The right of a person to be free in his or her person from arbitrary confinement by the government is a bedrock freedom guaranteed by the Constitution. Yet in the very sentence it mentions this principle of habeas corpus, it also foresees that under some great emergency, even this liberty could be suspended:

The privilege of the writ of habeas corpus shall not be suspended, unless when in cases of rebellion or invasion the public safety may require it.

And suspended it was by Abraham Lincoln, when at the very beginning of his presidency a cabal of Confederate sympathizers in Maryland’s Legislature was ready to lead their state into secession and leave the federal capital of Washington indefensible. Lincoln had the men seized and put in military prison with no trial. Even though the chief justice of the Supreme Court issued a writ to deliver them up, Lincoln had instructed the Army not to comply. Lincoln defended his actions by saying,

Are all the laws but one to go unexecuted, and the Government itself go to pieces lest that one be violated?

In this, he echoed the British jurist Sir William Blackstone, whose writings on law were hugely influential both in Britain and in America, and were a part of Lincoln’s education:

It is found by experience, that whenever the unconstitutional oppressions … advance with gigantic strides and threaten desolation to a state, mankind will not be reasoned out of the feelings of humanity; nor will sacrifice their liberty by a scrupulous adherence to those political maxims, which were originally established to preserve it.

Lincoln and Churchill both realized that if their constitutional states went down, the damage to liberty would be measureless. Only if they won their wars could liberty reassert itself at all, and to that they dedicated themselves.

What is difference between a democracy and a tyranny if even a Churchill or a Lincoln will set aside fundamental liberties?

The difference can be seen in the speedy relinquishment of such powers by leaders once the crisis is past. Washington twice relinquished the great powers he had accumulated to meet crises, first as war leader and then as the first wielder of the immense centralized powers of the presidency. Churchill released the British fascists Oswald Mosley and his wife from his prison once he felt the war was nearly won and they could no longer cause harm.

In America, the suspension of habeas corpus continued after the Confederate surrender as a tool in combating the Ku Klux Klan’s guerrilla resistance to black freedom and civil rights, but citizens grew tired of the war atmosphere and let go of this power before too long. As a direct result, governments across the South disenfranchised their black citizens and established Jim Crow law, leaving a terrible price to be paid.

Is there any conclusion? It may be only that we are deeply reliant on a sense of balance and truth. We know that in an imperfect world, we may have to relinquish liberty to defend our laws and our country. But the attitude of never letting a crisis go to waste is alien to liberty, if by that we mean looking for a rationalization for the expansion of government power on a permanent basis.

This thought may serve to guide as the coronavirus crisis unfolds. There will be those who will seek to panic the public for the purposes of expanding their power at the expense of our liberty. But there may legitimately be a need to exert emergency power if the situation truly warrants. There is no substitution for our own discernment employed in the cause of our common welfare as fellow citizens of a land of liberty.