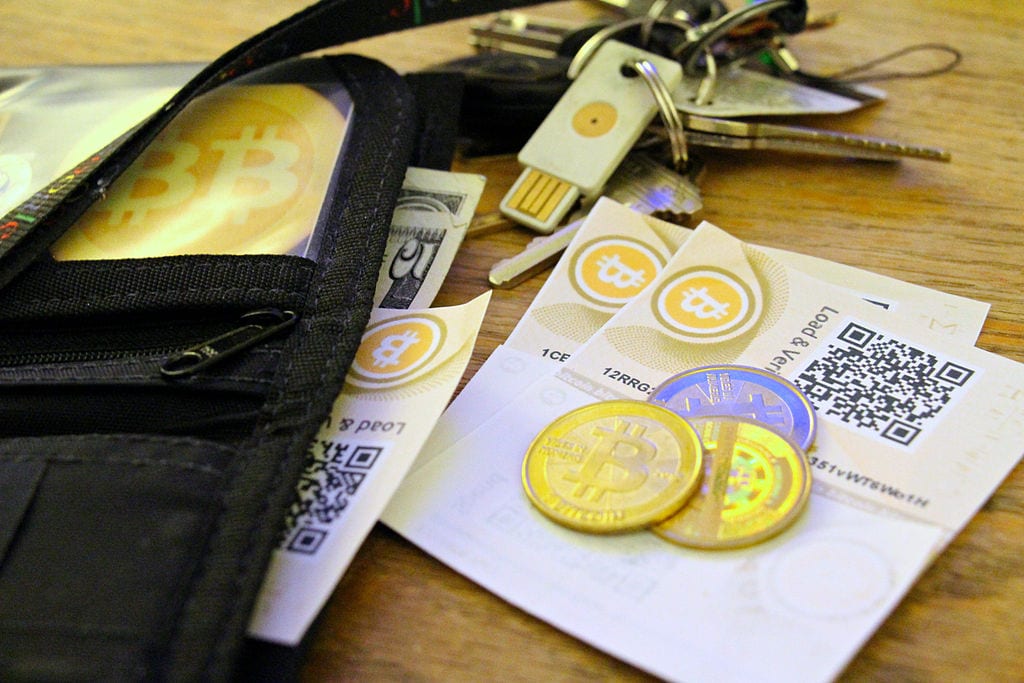 More Politics
Sign Up to receive Our Latest Updates!
Register
Hot Off
The Press
Hither and Yon
The Girls Are Beating the ‘Girls’
by Scott McKay
The Current Crisis
Another Big Story the Press Missed
by R. Emmett Tyrrell, Jr.
Drawn to Humor
The Carbon Zero Chain Gang
by Patrick Cross
Blog
Secularism’s Arrogant Response to Archbishop Cordileone
by George Neumayr
Cultural Decline
The Rainbow Fish Generation
by Melissa Mackenzie

If you don’t own Bitcoin or other cryptocurrencies, they probably haven’t been in your consciousness lately. Media reports ran wild during the incredible bull run of the virtual money in 2017, as Bitcoin peaked above $19,000 per coin.

Now that Bitcoin has stabilized in the $6,000 to $9,000 range, with other cryptocurrencies falling in line, the fervor has died down. But the stabilization of the price makes crypto more useful as currency, which in turn makes it more important to act on a law that would establish how crypto is treated for tax purposes.

The booming growth of crypto last year led to a movement in Congress to classify the sale of the digital currency as income and create a threshold for Internal Revenue Service reporting requirements.

Advocates say an IRS decision in 2014 to treat crypto as property, rather than currency, for tax purposes, could hamper its effectiveness as currency. The IRS now expects buyers of crypto to calculate the change in value over time just like a property investment and report the profits if they sell even a small amount of it.

To make matters worse, the IRS doesn’t provide clear guidelines on the issue.

“Although the IRS has made it very clear that people should report their profits, they didn’t do a very good job at providing investors with proper guidance,” said Joshua Azran, president of Azran Financial.

“People might just be tempted to hoard rather than spend, because as soon as they spend they would be liable to incur capital gains taxes,” Pamir Gelenbe, co-founder of the CoinSummit conference and a partner at venture capital firm Hummingbird Ventures, told the New York Times after the rule was announced.

Hoarding became the standard in 2017 as the price of crypto like Bitcoin, Ethereum and Litecoin experienced stratospheric increases, but now that prices are more stabile their effectiveness as currencies is growing.

Bitcoin’s fork into Bitcoin Cash and Bitcoin Gold in 2017 was also confusing for holders of the crypto in terms of tax implications, Coin Desk reports.

U.S. Sen. Tom Carper, D-Delaware, who chaired the Committee on Homeland Security and Governmental Affairs when it held the first federal governmental hearing on crypto in 2013, was a staunch advocate of the IRS rule. He said that clarity of tax liability would narrow the nation’s tax gap, “but it’s tough for people to pay their taxes if they have to guess the amount they owe.”

Only an estimated 2 million to 5 million people currently own crypto, but as the digital currency continues to hit the mainstream and more vendors accept it as payment, advocates want to ensure it isn’t hamstrung by misguided tax laws.

The Congressional Blockchain Caucus was formed last year, with its 11 members looking “to help policy makers implement smart regulatory approaches to the issues raised by blockchain-based technologies and network.”

U.S. Rep. Jared Polis, D-Colorado, co-chairman of that caucus, introduced the Cryptocurrency Tax Fairness Act last year. The bill would have categorized capital gains made through trading crypto as gross income. Traders would have to make at least $600 under the resolution to require reporting to the IRS, a number that would be tied to inflation and fluctuate annually.

The House declined to add the Polis legislation as an amendment to the Tax Cuts and Jobs Act last year.

U.S. Rep. David Schweikert, R-Arizona, who co-sponsored that act and also co-chairs the Congressional Blockchain Caucus, said the United States’ treatment of crypto for tax purposes makes its use “more of a challenge than it needs to be.”

“With this simple legislative change, anyone can make digital payments to buy a newspaper or a bike without worrying about tax code challenges,” he said.

“Not only will this create a level playing field for digital currencies, it will also help unleash innovation on applications like micropayments, which can consist of dozens of transactions per minute and thus are difficult to square with the current law,” he said.

It’s important for Congress to revisit the issue soon, especially as the IRS has stepped up its tax enforcement of crypto because so few people report their gains. Creating a fairer tax situation for financial profits from crypto would also likely increase honesty among its holders.