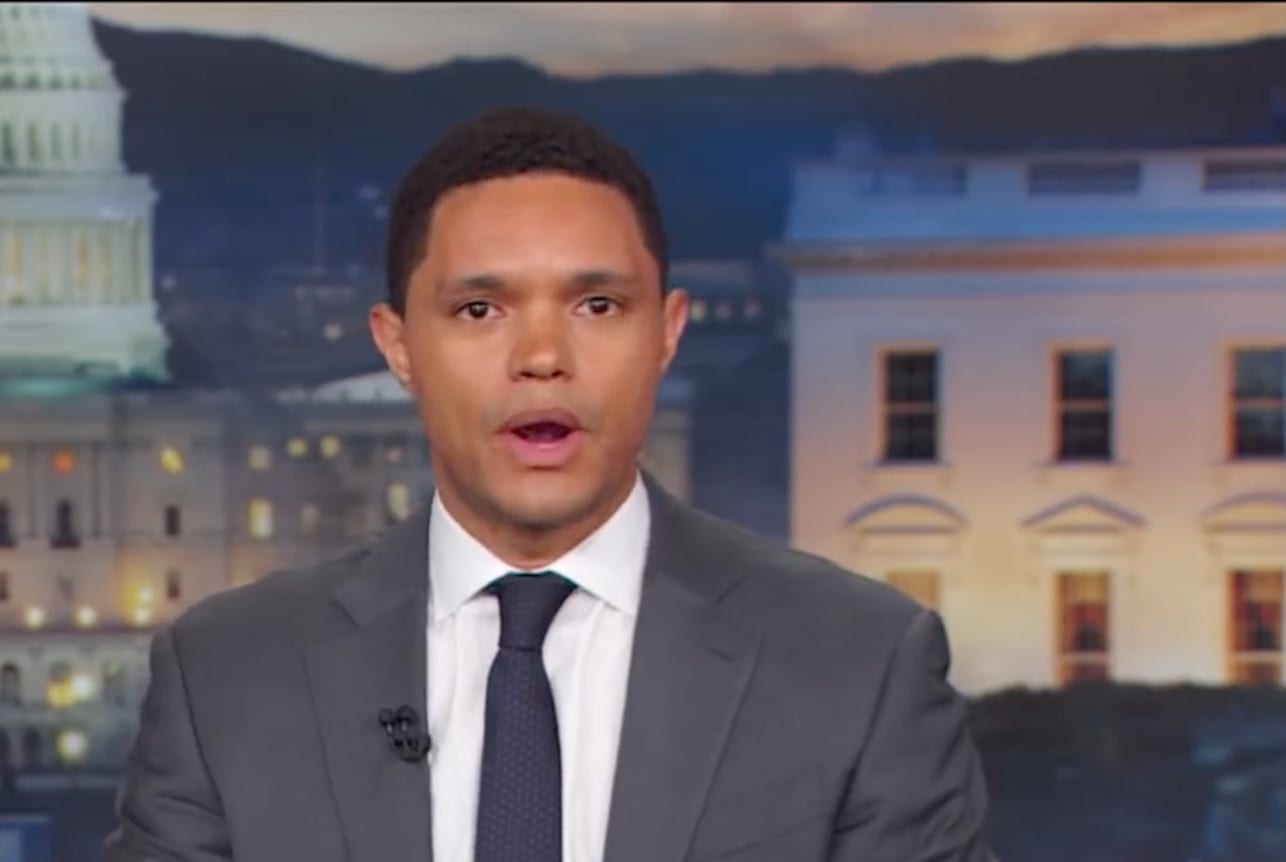 Trevor Noah carried a pitchfork in the mob that decapitated Roseanne Barr, calling her tweet comparing Valerie Jarrett to a Planet of the Apes character “s–t-your-pants racism.” The Daily Show host boasted that “even the anti-PC brigade agreed” and condemned the people who would not condemn Barr enough.

Robespierre now gets his turn at the guillotine.

“There’s no such thing as the most beautiful race,” Noah informed during a 2013 standup special. “All women of every race can be beautiful.”

He continued, “And I know some of you are sitting there now going, ‘Oh Trevor, yeah, but I’ve never seen a beautiful Aborigine.’ Yeah, but you know what you say? You say ‘yet,’ that’s what you say; ‘yet.’ Because you haven’t seen all of them, right?” He hypothesized that “maybe Aboriginal women do special things” and proceeded to demonstrate one such special thing.

Aborigines, and some unoriginals in perpetual outrage, call for boycotts, protests, and the rest. Noah, whose penchant for mistaking comedy for racial sermonizing and intolerance toward comics who see the world differently, delivered a self-inflicted blow. He undoubtedly issues a groveling mea culpa and perhaps undergoes sensitivity training. Then the world, and Noah’s career, moves on. He never tweeted support for Donald Trump, after all.

One-hundred years before Noah uttered his unfortunate joke, Margaret Sanger offered unintentional humor to the readers of The New York Call, which catered to a smug, urban readership not all that different from The Daily Show’s audience. Sanger, cloaking her words in progressive pseudoscience that now looks laughably backward, called Aborigines “the lowest known species of the human family” and labeled them “just a step higher than the chimpanzee in brain development.” She informed her readers that authorities believe that the presence of police alone prevented Aborigines from copulating in the streets.

Around the same time, Sanger spoke at a Ku Klux Klan gathering. A few years later, when Hitler came to power in Germany, she offered a plan for establishing a vast system of concentration camps in the United States to help purify the gene pool.

More than a half century after her death, Sanger strangely remains more paladin than pariah to the in-crowd. The Smithsonian-affiliated National Portrait Gallery displayed a bust of Sanger three years ago. Planned Parenthood annually bestows a Margaret Sanger Award on personages it honors. Actress Katharine Hepburn, Supreme Court Justice Harry Blackmun, and Secretary of State Hillary Clinton all accepted the award without incurring reputational damage.

Schadenfreude comes across as one of the ugliest pleasures. Undoubtedly, Noah’s zeal in banishing Barr from network television encourages his detractors to do similar to him. He helped create the intolerant climate that threatens his career, after all. But if we kill the careers of all comics for offending us we effectively kill comedy. And given the recent speed with which funny becomes offensive, anyone performing standup, successfully at least, five years ago said something that aged more like milk than wine. Soon, we all, like Noah’s audience, laugh out of ideological solidarity than as a result of the inherent humor in a joke if we follow the example of Noah in ending his career in a sacrifice to the gods of political correctness.

A better outcome from this humiliation involves not merely humility in Noah apologizing for his old joke but humility in accepting that other comics cross lines, too. Call it an occupational hazard. Punishments inevitably follow. But a career death penalty inevitably comes as too severe.