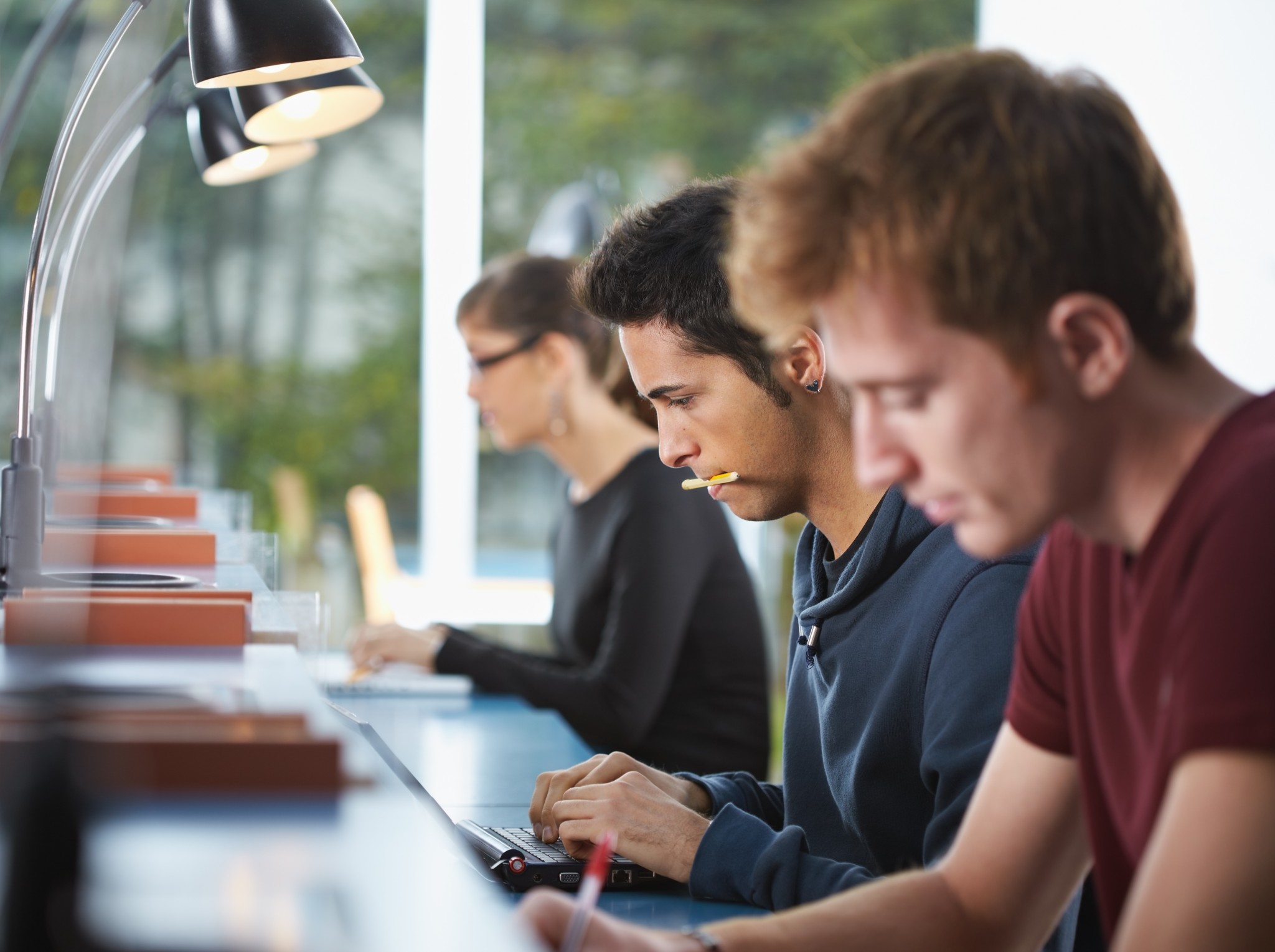 A generation of men is falling through the cracks. As reported by Douglas Belkin in the WSJ, a recent study by a nonprofit research group reveals that the college enrollment gap between men and women has reached new records. Last year, women made up about 60% of college students, and if the trend continues, it is predicted that in the next few years women earning degrees will outnumber men two to one.

The trend has been shown to be especially pronounced among white men, whose enrollment is often lower than minority men within the same income range. Lower-income white males were the demographic group least likely to enroll in college, more than 20% less likely than white women in the same income bracket.

Many schools have been resorting to covert forms of incentivization just in order to prevent the disparity from becoming too extreme, but the slide continues as administrators all around the country shrug their shoulders helplessly. Who knows what might be going on? There’s simply no explaining it.

Meanwhile, last week at Arizona State University two white male students were harassed out of a campus building, ostensibly for having non-liberal progressive political opinions, but based on the way the video plays out, it’s obvious that their true offense was existing in a certain kind of body that happens white and male.  Some of the exchanges include:

“White is not a culture. You think whiteness is a culture?”

“This white man is trying to take up our space.”

At one point in the video, the woman who is harassing the men refers to their actions (sitting at a table and studying) as “violence.” “You’re making this space uncomfortable,” she screams without the faintest hint of self-awareness, this being yet another the same crude racial bullying that has become commonplace on American campuses.

Watching the young man with the “Police Lives Matter” sticker attempt to apologize to the women who are laughing at him and degrading him on the basis of his race, it was so blindingly clear that the national conversation about “privilege” has become totally unmoored from reality. Unsurprisingly, the ASU administration has released an entirely inadequate response referring to the “incident” as a “difference of opinion,” a nice bit of lie-by-description. One can bet that there will be no serious repercussions for the students involved and that these kinds of “incidents” will continue unabated as they have for years now.

But could the creation of such an openly hostile environment possibly be contributing to the decline in male attendance? Might the ubiquity of an ideology that paints “white straight cis men” as the sin bearers of society having something to do with it? Might hearing constantly that there are “too many white males” in every given context or being told that “the future is female” play any part in this? Surely not. In this year of our Lord, drawing obvious and sensible conclusions from the evidence of our own eyes has become distinctly un-American. Instead, denial and obfuscation are the style of the day. So it was no surprise when, shortly after the WSJ article was published, all of the predictable players leapt into the action to reframe the narrative.

Kevin Carey, writing for the NYT, argues that the reason that colleges seem to favor women over men is because of sexism – against women. You might be confused but as Carey explains, this is because “society requires women to spend more time and money to get a job.”

“There are still some good-paying jobs available to men without college credentials,” he claims (without evidence), “There are relatively few for such women.” But Carey won’t mention that these jobs, where they still exist, are usually physically demanding, dangerous and that women, by and large, do not want them. (The list of jobs which women are actually prohibited from having is vanishingly small and consists of items like “male stripper.”) This is also the reason why men are ten times more likely to die on the job. He also won’t mention that these jobs are steadily disappearing as a result of increasing automation. But I very much doubt that this argument is being made in good faith to begin with.

Get it? It doesn’t matter that more men than women left community college last year, the attention must remain on women. It is important to understand that hacks like Kevin Carey are part of a media apparatus that exists for the sole purpose of masking leftwing failures with semi-plausible, sophistical gibberish. None of his arguments hold water, but debunking them would require a level of attention and detail that can rarely be given in articles made for the general public.

Jennifer Delahunty is a college enrollment consultant who has headed admissions offices at Kenyon College and Lewis & Clark College. When interviewed by Belkin she noted that the primary obstacle to improving the situation is gender politics, as if it could be anything else.

In a recent interview, Dr. Warren Farrell (author of The Boy Crisis) recounts an experience he had speaking with 2020 Democratic nominee Andrew Yang. He was trying to gather political support to tackle some of the issues affecting men, and as Farrell tells it, Yang was very sympathetic. But later, one of his staff explained to Farrel that giving this attention to boys and men would certainly alienate feminist voters, and Yang’s campaign simply could not afford to take on those issues. So boys and young men will continue to flounder, and then, when men fail in their lives, the issue will be framed as women being further victimized by a lack of “economically attractive” partners. This is the reality of sexual politics in this country.

Whether or not they’ll talk about it with journalists, large numbers of disaffected young men have taken to the web where they can vent their grievances, become radicalized, and get addicted to pornography, creating a cycle of emotional wreckage that goes on and on without end. Who benefits from this? Certainly not the normal men and women who still share the hope of settling down into loving relationships and making families.

Delahunty acknowledges the danger of choosing to ignore the plight of one-half of the nation. “If you care about our society, one, and, two, if you care about women, you have to care about the boys, too. If you have equally educated numbers of men and women that just makes a better society, and it makes it better for women.” But even the fact that it has to be framed in this way is evidence of depressing moral collapse. How sad is it that in the age of “empathy” reasons must be given to care for people to care about men and boys?

In reality, men are not failing society. Our society is failing them, through a combination of prejudice, callousness, and cowardice. Will this have long-term negative consequences? Of course. Disastrous ones. And when they manifest, when it is no longer possible to gaslight the American people any longer, the parties responsible will, without missing a beat, publish a rash of articles to explain why this just proves that they were right all along.