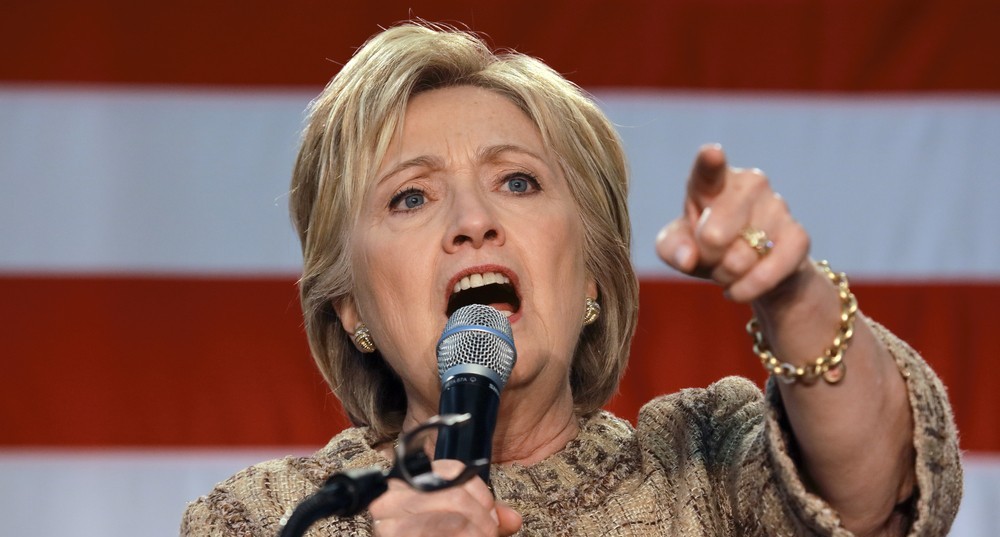 Washington — The day after Robby Mook, the head of Hillary Clinton’s 2016 campaign for the presidency, implicated her at the top of a conspiracy to link Donald Trump with a Russian bank in 2016, I could find no mention of it in the leading newspapers of the Republic, save the Wall Street Journal. The Journal covered Mook’s testimony in a federal courtroom quite well. Yet I looked through the New York Times and the Washington Post with my legendary thoroughness and could find no hint of Mook’s testimony. Not even in the help wanted sections or the much-vaunted Style section.

The Journal covered Mook’s testimony thus in its first paragraph on page A4: “Hillary Clinton approved of an effort in the months before the 2016 election to provide the press with research purporting to show a computer link between the company of her GOP rival, Donald Trump, and a Russian bank, her presidential campaign manager Robby Mook testified on Friday.” Said the Times on this important piece of news on Saturday, “______________.” Said the Post on Saturday,” ____________.” If I were a reader of either newspaper, I would want a refund. Quite possibly I would want to switch newspapers to the Journal or to the Washington Times, which does not publish on Saturday or Sunday but came out with a very reliable report on Monday.

This is the way the Clinton news has been reported for years. One or two newspapers report a recent Clinton pratfall, and the rest of the media is mum for, say, days or weeks or months or years. Then the Clintons’ Episodic Apologists in the media come alive for a month or two before falling asleep again. During the Whitewater scandals, I would pop into New York City and make the rounds of the media to see if any of the know-it-alls had any word of the current scandal — scandals have been emanating from the Clintons for at least 40 years. Some were aware of the current scandal. Many were not. They were not kidding. They were really in the dark until the Times finally broke the story, and then it was okay for dolts in the newsroom to mention it.

The best example of the amnesia of the Episodic Apologists in action comes very close to home with The American Spectator’s Troopergate stories. We published the first Troopergate story about Arkansas state troopers pimping for Clinton in late 1993, and the media said nothing until the Los Angeles Times was coerced by me to publish their story. Then the newspapers waited days to publish their stories, which largely covered up for the Clintons. It took years, if not decades, for the press to own up. And whatever mentions they did give us was pretty much an attack on the messenger. This is to say, The American Spectator.

Yet to return to the Robby Mook story. Mook on Friday was testifying on behalf of Michael Sussmann, a high-powered Democratic lawyer and accused Clinton lawyer. According to Mook, “I discussed it [giving dubious information to the press] with Hillary as well, but I believe I discussed it with her after we kind of discussed it and made the decision.” He maundered on, “Notionally, the discussion was, ‘Hey, we have this, and we want to share it with a reporter.’…. She agreed to that.” He told the truth. It is difficult that he could do otherwise. Sussmann is defending against the prosecution’s claims that he lied to the FBI when he said he was volunteering information about Trump’s colluding with the Russian bank. The prosecution claims Sussmann billed the Clinton campaign for this piece of dubious information. And the prosecution claims that it has the evidence for making this claim.

On Sunday, the Post came forward with a piece reviewing all that transpired in the courtroom last week. The Times remained mum. The Post piece ran for more than a half page. It mentioned everyone from Michael Sussmann to Elon Musk. Why it mentioned Musk I cannot say. It was all of a piece to obfuscate the issues, which it did. If you can explain Musk’s role in the courtroom proceedings last week, let me know. As for me, I believe the only issues that matter are whether Mook is telling the truth and whether Sussmann is telling the truth. I will accept Mook’s word and await a jury’s judgment as to Sussmann’s word. But let us add one other thing. Once again Hillary has been caught in a lie, perhaps the most shocking lie of her career. She tried to throw an election.

Shall we end on a high note? Glory to Ukraine!