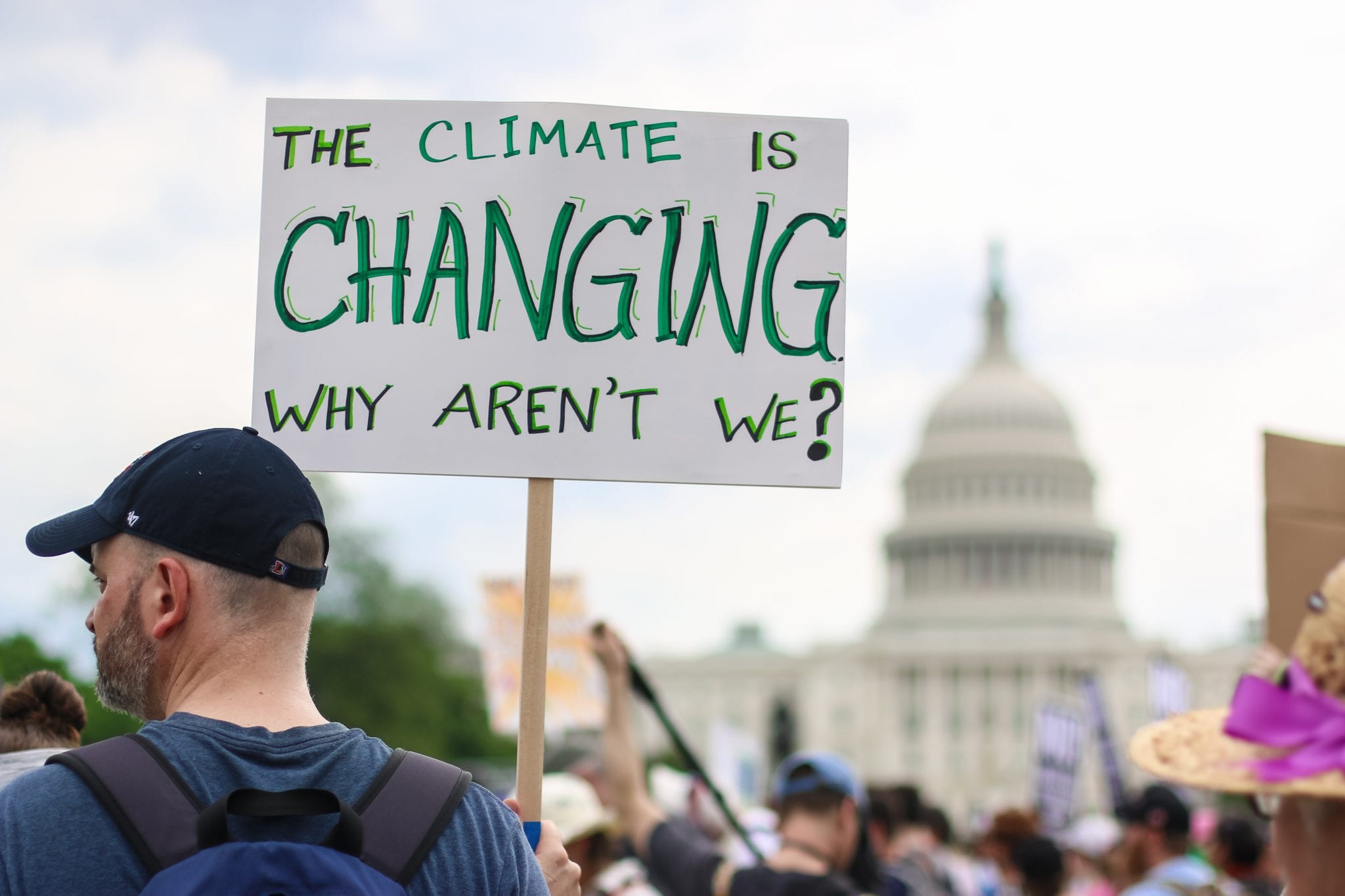 Now that a Swedish teenager has testified before Congress and school children across the globe have walked out of classes in protest of lack of action on climate change, I’m sure we all have a much better understanding of climate science. Indeed, with all the recent talk from Democratic presidential candidates and stories in the news media, it is astonishing how few real facts are ever discussed. Instead, we are treated to the fiction that any prediction of doom is based on “the science” and any skepticism of any such scenarios comes solely from ignorant “deniers.”

Of course, many will say we don’t even need to discuss this because it is “case closed” — 97 percent of scientists believe global warming is a serious man-made problem, right? No, that’s documented drivel. It is based on what John Cook surmised was the view of authors of papers his team chose to review. The papers (and authors) were not necessarily representative, nor did the majority of the papers in question actually make any such claim. In fact, when the details behind this “study” were revealed, many scientists who were lumped into the “97 percent” cried foul. If one is really interested in polls, an actual 2012 survey of members of the American Meteorological Society indicated only 52 percent agreed that global warming was mostly man-made, and little more than one-third believed that without significant action, warming will have “very harmful” consequences in the next 100 years. But making conclusions on the validity of science based on surveys and polls is rather silly, so let’s look at some factual data instead.

A good place to start would be looking at global temperatures. Our two primary data sources are ground and sea-based instruments and satellite measurements. Ground-based measurements have been somewhat higher than the satellite data (and are the more often reported in the press). There are well-documented issues with the ground-based system, but satellite data, though having better coverage, is also open to some criticism. It is important to keep in mind that both are estimates containing significant extrapolation, so debates over ranking various years as the hottest or third hottest or sixth hottest based on variances of hundredths of a degree Celsius are rather ridiculous. We can say, however, that both types of measurement agree on a long-term trend, and that is that the Earth has been warming. This is not “denied” by most “skeptics.”

According to the Intergovernmental Panel on Climate Change (IPCC), global temperatures in the decade 2006–15 were approximately 0.87 degrees Celsius (about 1.6 degrees Fahrenheit) higher than during the last half of the 19th century (which the IPCC refers to as the pre-industrial baseline). Since the 1960s, global temperatures have risen probably somewhere between 0.5 and 0.8 degrees Celsius, depending on measurement methodology. That’s a rate of somewhere between 0.1 and 0.2 degrees per decade.

This contrasts significantly from the prediction of the most influential climate model (James Hansen’s 1988 model), which, based on greenhouse gas emissions, predicted a temperature rise roughly double what we have witnessed. The rate of increase actually decreased (to near zero) over the 2006–15 decade, yet the current IPCC projections assume that the rate will quickly accelerate and that temperatures could rise by another 0.6 to 0.7 degrees Celsius in as little as 25 years. At that level, the IPCC — which is dominated by scientists in the “climate change is a man-made crisis” camp — is also predicting serious (but far from apocalyptic) consequences.

So, it is not clear where “Beto” O’Rourke and Alexandria Ocasio-Cortez come up with the idea that unless we take dramatic action today, akin to what is proposed in the so-called “Green New Deal,” that life as we know it will end in 10 or 15 years. But it certainly doesn’t come from “the science.”

Is the observed warming primarily the result of human activity (anthropogenic global warming or “AGW”), or is it mostly natural from solar activity, the El Niño Southern Oscillation, volcanic activity, and other factors? Skeptics of AGW believe the majority of the observed warming over the past 150 years is part of a natural warming cycle that started at the end of the “little ice age” in the 19th century. They point to the historical record of past warming periods, including the “Medieval warming period” of approximately 900–1300, which, at its peak, may have seen temperatures slightly warmer than we have today. This is supported by a robust history of studies including tree ring analysis and ice core samples as well as historical and archeological evidence that, for instance, show the Vikings were farming areas in Greenland that are still too cold to be arable and trees growing at higher altitudes in Alpine regions of Europe. Indeed, this history used to be supported by the IPCC until it adopted the so-called “hockey stick” graph that nearly eliminated the Medieval warming period and the equally well-documented “little ice age” that followed (more on this later).

The presumed primary human sources of global warming are “greenhouse” gases — primarily CO2, but also methane and other gases. CO2 emissions have been mostly driven by energy production. The world’s largest producer (by far) of greenhouse gases, accounting for approximately 26.83 percent of all emissions, is China. The United States produces about 14.36 percent, and the EU about 9.66 percent. Since 2005, greenhouse emissions from China have skyrocketed, whereas for the U.S. and the EU they have fallen (by about 13 percent and 16.5 percent, respectively). Despite not signing the Paris Climate Accords, the U.S. outperformed the EU in 2017 with emissions falling 0.5 percent from 2016, whereas the EU’s rose 0.6 percent. The projection for both the U.S. and EU is that emissions will continue to fall gradually with just the policies already in place.

With the U.S. only producing about 14 percent of global greenhouse gas emissions, what, exactly, is the $5 to $16 trillion that most of the leading Democratic presidential candidates want us to spend over the next decade to fight global warming really going to be buying us? We’re not going to get to zero emissions and still preserve life as we know it (such as a reliable 24/7 power grid and being able to consume meat and dairy products). But even if we can reduce our 14 percent by 90 percent, what would that actually mean in terms of global temperature, and would the presumed benefits be worth anywhere near the financial cost (let alone reduced living standards and personal freedom)? What is the value of any plan that does not address China’s emissions — or that as a consequence shifts more production to China and its far dirtier power grid?

Another thing to ponder based on these facts is why capitalism is so often made out as the villain of the “climate crisis.” Capitalism has certainly been responsible for much greater industrial activity and production, which has resulted in an explosion of wealth and advancement of living conditions all over the world over the past 300 years. But it has also been responsible for the development of technologies to produce more efficiently and to harness cleaner sources of energy, as well as creating the wealth to allow for their application. Free economies excel at innovation; command economies do not. The biggest environmental abusers over the past century have not been capitalist countries but socialist ones. Witness the environmental messes exposed in Eastern Europe after the fall of communism. And, again, the biggest producer of greenhouse gases today, by far, is communist China. Capitalism is the only system that provides the benefits of industrialization along with the ability to evolve systems of production in a more environmentally friendly direction. The only other real alternative is to go back to a pre-industrial world, and I don’t think even woke millennials are willing to do that.

A lot of people who clearly don’t know what they are talking about have been invoking “the science” in an attempt to portray their eminently assailable positions as unassailable and as proof of a “crisis” that requires the surrender of personal liberties, and tax dollars, that people would not normally be willing to surrender. Some of these people may be sincere, but it is important to note that many of the biggest promoters of radical action to solve the “climate crisis” are people whose political ideologies also require the vast expansion of government power and reduction of individual freedom for reasons having nothing to do with environmental concerns.

The hallmark of scientific research should be openness about data and methodology. That is what is necessary for the scientific method to work. Yet the recent history of many of the top AGW researchers is rife with scientific obstruction. Phil Jones and Tom Wigley of the University of East Anglia, keepers of much original ground-based temperature “unadjusted” raw data, refused to release the data to another researcher, with Jones saying, “Why should I make the data available to you, when your aim is to try to find something wrong with it[?]” Then he claimed the data was no longer available anyway because it had been erased due to lack of computer hard drive space. You would think that anyone concerned about “the science” would find this a sacrilege, but there wasn’t a peep of censure coming from any of their AGW research colleagues.

And then there is the infamous history of Michael Mann and his previously mentioned “hockey stick” graph. Again, the most glaring problem with the theory that global temperatures are strongly correlated with human greenhouse gas emissions and that natural phenomena are incidental was the inconvenient truth of the Medieval warming period and subsequent cooling. These events obviously were not linked to human greenhouse gas emissions. In 1999, Mann and a couple other researchers came up with the “hockey stick” graph, which purported to show that the Medieval warming period and the little ice age were small blips. Temperatures supposedly varied little until widespread industrialization in the late 19th century.

Upon closer scrutiny, this study had numerous problems, including cherry-picked data. Some researchers believed this analysis to have a structural bias, and for some reason Mann refused (and still refuses) to release details on parts of his methodology and his regression calculations, claiming they are his personal intellectual property. Supporters of Mann have countered that his secrecy and previous errors are no longer relevant since new studies have supported his main conclusions — though these studies are largely reliant on Mann’s data. The uncertainty range in these studies (including Mann’s) for these distant year reconstructions are also so great that, even if they are fundamentally sound, they still suggest a reasonable probability that temperatures during the Medieval warming period reached, if not current levels, about where we were in the 1980s or 1990s. So even using these reconstructions, it is not unreasonable to postulate that natural factors may be as, or more, important in determining global temperature than human greenhouse gas emissions.

The behavior of the likes of John Cook, Phil Jones, Tom Wigley, and Michael Mann, and of all their colleagues who so readily excuse it, reduces the credibility of scientists who express such certainty in their conclusions on climate change and who insist that anyone who dares to challenge their assertions is a quack. By all means, let’s look at “the science.” But let’s do it without all the secrets, without the hype, and without the propaganda stunts.

4
Another Perspective
The Statue Wars: Was Secession Treason?
by Doug Bandow

6
Another Perspective
Born This Way
by Melissa Mackenzie