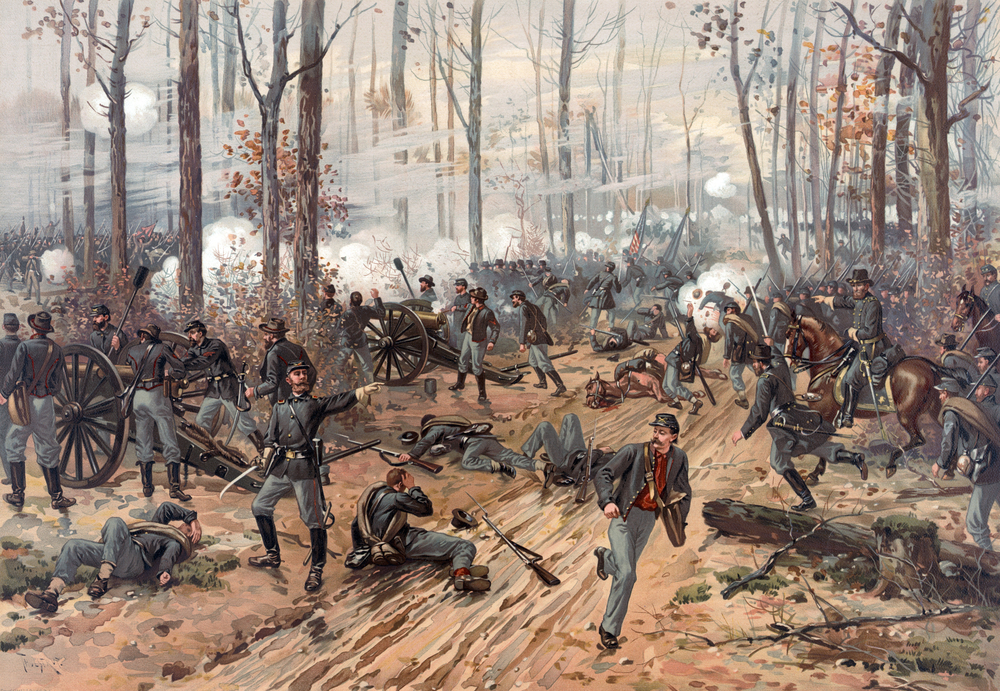 So in the Libyan fable it is told
That once an eagle, stricken with a dart,
Said, when he saw the fashion of the shaft,
“With our own feathers, not by others’ hands,
Are we now smitten.

I think of this quote when I hear someone on the right boldly calling for a civil war, a revolution, a secession, or some other use of force to resolve our political division in the United States. The divide is significant, but not insurmountable. In spite of it, we still have much more in common than not. Nonetheless, you are by now aware of how easy it is for the Left to whip up intense feelings of ideological difference based upon everything from skin color to how one feels about one’s identity.

This combination of people calling for war and others intensifying the feelings of division between us just may get them what they ask for. They could bring tragedy upon us the likes of which we haven’t seen since Sherman’s march to the Sea — the most destructive operation against civilians during the Civil War (1861–65). If it is even taught in school, it is insipidly described as a “scorched-earth campaign” in which crops and livestock, railroads, and other Confederate supplies were destroyed. Sherman’s troops, suffering a long and bitter war, believed the South deserved special punishment, and they set out to deliver it.

What isn’t taught is the extensive looting and wanton destruction that left behind a shelterless population of starving and diseased civilians, or the rape and abuse of countless women and girls. Only about 400 men were prosecuted for rape during the Civil War.

As a Green Beret, I’ve been in the middle of a civil war, and trust me, you don’t want one here at home. A new conflict in the U.S. will not be made up of two professionally controlled armies but of combatant groups who are mostly untrained, poorly disciplined, and only superficially controlled — and, like Sherman’s troops, they will set out to punish each other.

Using force to resolve our current differences would mean death, disease, and misery that would last for decades. It would embolden our global enemies and bring about economic devastation. Millions of Americans dependent upon modern medical treatments, like those with diabetes, would die, and millions of others — the weakest and most vulnerable — would suffer terribly. It would not be quick. I suggest those of you naively calling for a civil war start getting more politically active instead. In either case, you’ll likely get whatever it is you actually work for.