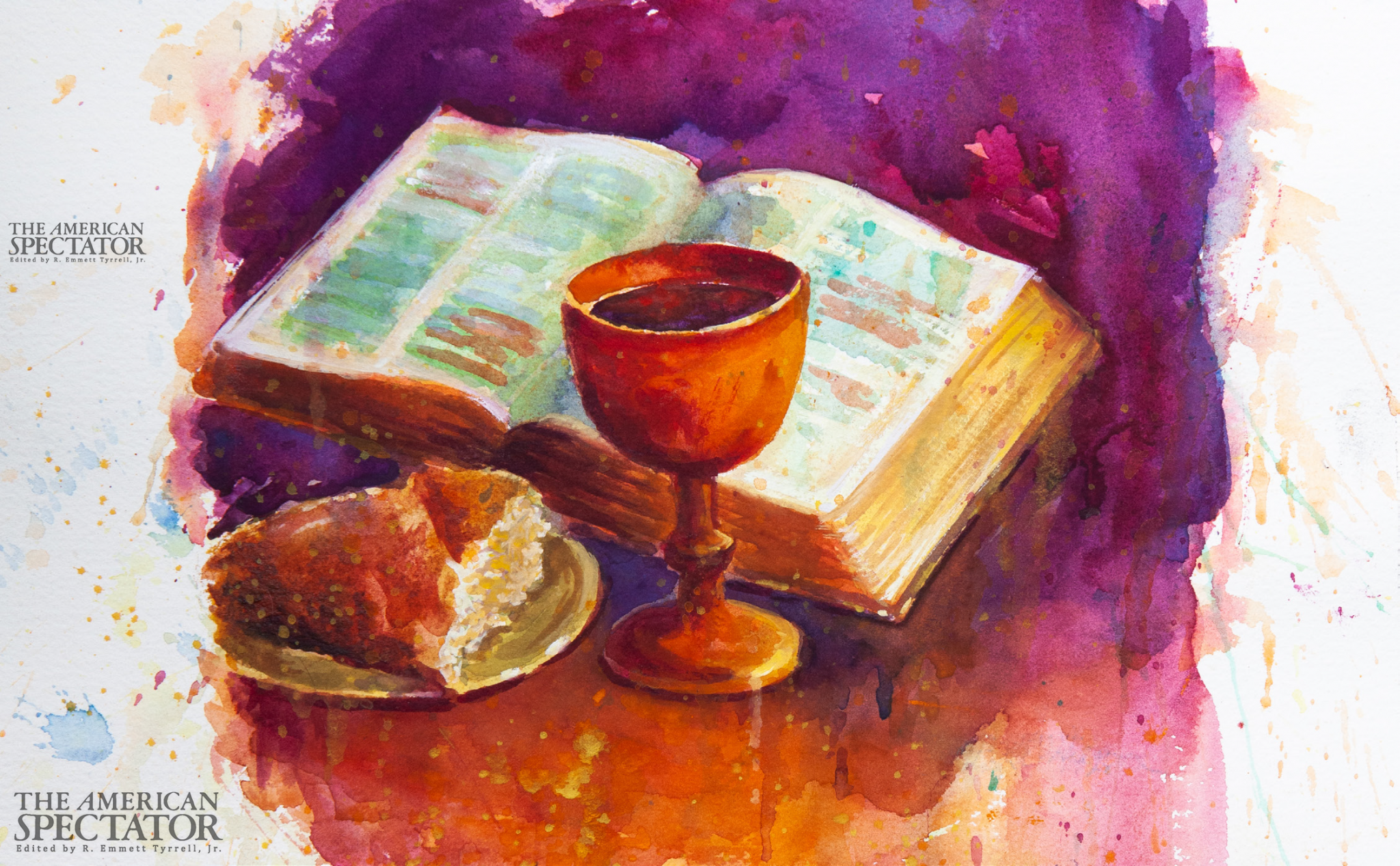 America’s religiosity has long stood out from the rest of the first world. As Europe embraced post-Christianity, the United States resisted it for decades. We believed, we prayed, we attended church. Not in the numbers we used to, but we still stood out from our former brothers across the pond. This continues in the age of COVID.

Although church has remained important, what we mean by “church” has changed dramatically. Fifty years ago, Protestants would spend Sunday mornings in the hard pews of their Methodist, Episcopal, Lutheran, or Baptist church, reading the same scriptures and singing the same hymns.

The old mainline churches collapsed over the years, ultimately leading many suburbanites into non-denominational evangelical megachurches. These new parishes dispensed with ecclesial hierarchy and holy tradition, drifting instead toward “seeker-friendly” sermons and a contemporary “worship experience.” The goal wasn’t reverence but relevance.

Reinventing an ancient faith every Sunday can be intoxicating, but you lose a lot in the process. Gorgeous cathedrals were replaced with warehouse-like theaters. Icons and vestments were swapped out for PowerPoints and sports apparel. Who needs candles and incense when you can have synchronized stage lights and fog machines?

This worked pretty well when times were good. If the world around you is stable, every Sunday can host a new multimedia experience. But when suffering enters the picture, stability is necessary. Culture and politics can’t provide an anchor in a stormy sea. They bring only more chaos.

The coronavirus hit megachurches hard. Vast assemblies, some meeting in actual sports arenas, shut down. Sermons and stripped-down music were available only via livestream. It’s tough enough to get the family up in the morning. After a week of distance learning, kids aren’t excited to stare at another laptop on Sunday morning.

Megachurches are thin on tight-knit Christian communities; the anonymity is part of the draw. Still, parishioners watched the Facebook video for a week or two — until something else caught their eye on YouTube.

Since sermons had already devolved into glorified TED talks, why not listen to an inspirational speech from a business leader or self-help guru? If you want music, Hillsong has a nice collection on Spotify. Wait, Eddie Van Halen died? I’ll listen to that instead. Maybe mutter a prayer during his guitar solo on “Panama.”

Depending on where you live and what faith you belong to, your place of worship might have been closed since March. A few brave assemblies in blue states defied their government’s anti-religious mandates, but those are exceptions. Right now, the culture says church doors should be barred. How can the seeker-friendly pastor defy the culture?

Easter was canceled first, and Christmas will likely be canceled next.

When storm clouds gather, we can look to the past. Christianity was built on suffering, oppression, and martyrdom. By blending into the culture, megachurches didn’t prepare their flocks for hostile laws and vicious contempt from the media. In an age of riots, church desecration, and Bible verses labeled as hate speech, “fitting in” is no longer an option.

Post-Christian America doesn’t provide a comfortable spiritual life for believers. To stay true to the faith, we can no longer drift with the currents of culture. Thankfully, there’s still an anchor to be found.

I hit my limit with megachurchdom a few years ago. I had been a non-denominational evangelical all my adult life, volunteering, teaching, and leading small groups. I learned from wonderful pastors and leaders who helped me greatly along the way.

But as personal storms engulfed me, I searched for an anchor. I couldn’t handle another Sunday motivational pep talk with Bible verses as punctuation. I wanted the narrow way of repentance, sacrifice, and struggle.

For priests, there are risks. But you cannot turn away when people are suffering and they need the sacraments.

Following several years of prayer and study, I was accepted into the Antiochian Orthodox Church in June. This ancient assembly was founded by St. Peter in the first century, in the city where we were first called Christians.

Not much has changed in the intervening two thousand years. We participate in an ancient liturgy, fast about half the days of the year, make the sign of the cross, and all that other jazz I scoffed at for most of my life.

The goal of all this isn’t to earn your way to heaven — that’s a free gift from Christ — but to conform yourself to Him. Taking up your cross and following Him might not get you a job promotion. It could get you canceled and possibly even killed. That’s how the narrow way works.

For the first time in decades, I feel grounded in my faith and surrounded by like-minded warriors — especially during a pandemic. My new church has been attacked by Roman emperors, Islamic raiders, Ottoman armies, and Soviet communists, but was able to “stand fast and hold the traditions which you were taught, whether by word or our epistle.”

Another thing the Orthodox Church has survived is plagues and pandemics. When coronavirus began to spread outside of China, Orthodox bishops turned to history. In the eighteenth century, St. Nikodemos gave special sanitary rules to deliver Communion to those sick from plague. Church leaders read about how services were modified in Greece, Russia, and other Orthodox nations during earlier plagues as well.

But what never changed is the ministry. During the Spanish flu epidemic, Fr. Nicola Yanney traveled throughout the midwestern U.S. serving the Eucharist to sick and dying Arab Christian immigrants. He ended up contracting the virus and died in 1918.

“Father Nicola got the flu because he insisted on ministering to people who had the flu,” said Fr. Andrew Stephen Damick, an Antiochian Orthodox priest living in Pennsylvania. “For priests, there are risks. But you cannot turn away when people are suffering and they need the sacraments of the church. You go to your people and minister to them. This is what priests do.”

Many historians tie the early spread of Christianity to the believers’ response to the Antonine and Cyprian plagues. As Romans fled the cities, Christians remained to care for the sick. Bishop Dionysius described how his community was “heedless of danger” and “took charge of the sick, attending to their every need.”

Today, Orthodox churches are walking the fine line between obeying governmental authorities and serving the body. In the early weeks, liturgies were live-streamed, but the vast majority have met in person ever since. Throughout, their attitude has remained one of service and sacrifice, not fear or self-protection.

COVID is just another struggle in over two thousand years of struggle. We put the cross on our backs and keep walking up that mountain. Christ Himself promised we will endure hardship; pandemics should be expected. But He also shares wonderful news for the church: the gates of hell shall not prevail against it.

Jon Gabriel is Editor-in-Chief of Ricochet and a contributor to the Arizona Republic.