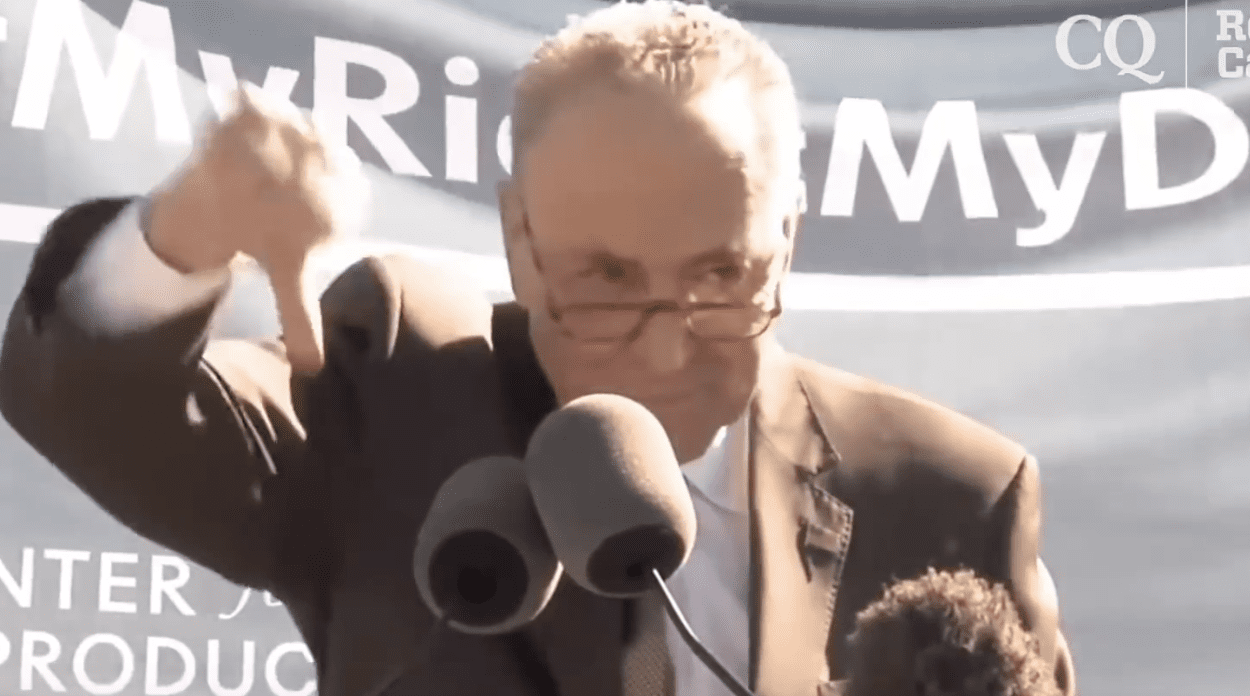 “I want to tell you. Gorsuch. I want to tell you, Kavanaugh. You have released the whirlwind, and you will pay the price. You won’t know what hit you if you go forward with these awful decisions.”

Many years ago, when I was a Special Attorney assigned to one of the U.S. Justice Department’s Organized Crime Strike Forces, my colleagues and I received a series of complaints from the FBI agents who were conducting “rolling surveillances” of the members of the local Mafia family. According to the agents, every time they ran the license tags of the cars driven by the wise guys, the registrations would come back to an automobile dealership.

This made it difficult to establish who was driving which car and effectively thwarted the purpose of the surveillances.

On further investigation, we learned that the dealership ran a side business doing short term car rentals. So, operating on the proven premise that the guys we were following never paid retail for anything, we decided to investigate the dealership’s possible mob ties.

The first step involved sending an IRS Revenue Agent to audit the dealership’s books. The owner of the dealership provided a secluded back office with a desk and chair where the young agent could do his work.

At first the owner was friendly and accommodating. But, by the third day, he had become distant and irritated. It was then that he made his fatal error.

The owner walked into the office and placed a small cardboard box on the agent’s desk. Then, without saying a word, he abruptly left.

The printing on the box indicated that it had once held a Smith & Wesson .38 Caliber revolver. The box was empty. The agent said nothing and continued working.

Fifteen minutes later, the owner returned and softly said, as if musing aloud, “A man is a funny creature. You never know what he might do if he’s backed into a corner.” He picked up the box and left.

The perplexed agent called his supervisor to calmly report that the owner was “acting weird.”

Weird, indeed. The next day we executed a search warrant at the dealership for the box and arrested the owner for threatening to assault a federal agent with intent to impede, intimidate, or interfere with an official investigation.

Now the statute under which the owner was charged also protects federal judges from such threats. So does the federal Obstruction of Justice statute, which defines “obstruction of justice” as an act that “by any threatening letter or communication, influences, obstructs, or impedes, or endeavors to influence, obstruct, or impede, the due administration of justice” (Emphasis added).

All of this came to mind Wednesday when I heard Sen. Schumer’s address to the pro-abortion rally on the steps of the Supreme Court in which he warned Justices Gorsuch and Kavanaugh that “you will pay the price. You won’t know what hit you if you go forward with these awful decisions.” The “awful decisions” was an obvious reference to how the justices are expected to rule in the abortion rights case that had occasioned the rally.

Is there any way to interpret these astounding remarks other than as an endeavor to influence a judicial proceeding?

Schumer may have been threatening Gorsuch and Kavanaugh with impeachment. But for purposes of establishing criminal liability that is irrelevant. Under the statute, a threat of any kind made to influence their decisions in an ongoing case is prima facie proof of obstruction of justice. No threat of violence is required.

The senator’s actions warrant either an arrest or, at the very least, a formal investigation for endeavoring to obstruct justice. They could also warrant similar treatment for threatening to assault the justices, since on its face Schumer’s remark regarding “what hit you” could also be understood as a threat of violence or as an incitement to the crazies who infest our bitterly divided society to take action.

After all, as Schumer should be aware, it wasn’t that long ago that the Republican House of Representatives baseball team was gunned down by a deranged Bernie Sanders supporter.

The Chief Justice is correct. Schumer’s “threatening statements” are “inappropriate” and “dangerous.” But the consequences to Schumer shouldn’t end with the Chief Justice’s scolding, since the senator’s threats also appear to be criminal.

Years ago, a wise guy car dealer paid a heavy price for making a far less explicit threat against a lowly IRS agent. The only question now is whether or not, under our two-tiered system of justice, the Democrat senator from New York will be immunized by his office from either investigation by the Justice Department or arrest for endeavoring to obstruct justice.