China Watch China,Military,Taiwan,Xi Jinping China’s Approach to Taiwan: Rhetoric vs. Reality - The American Spectator | USA News and Politics
Menu
China Watch
China’s Approach to Taiwan: Rhetoric vs. Reality
He formally writes about “upholding world peace,” but the real meaning is a world peace with China in control of Taiwan.
by Francis P. Sempa
Military weapons are displayed for the 90th anniversary of the founding of the People's Liberation Army (testing/Shutterstock) 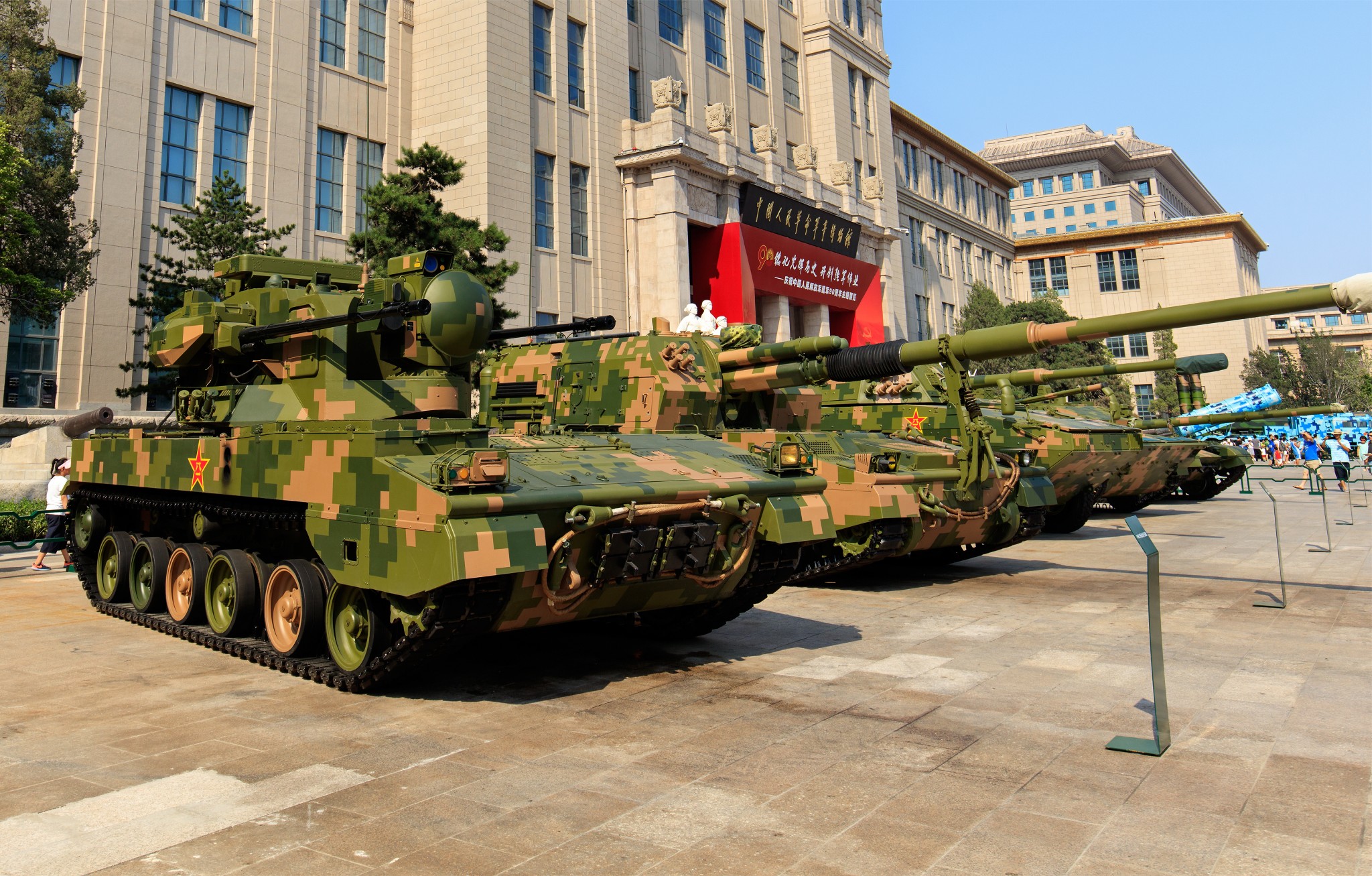 Just one day after China sent 71 warplanes and seven warships toward Taiwan, the National Interest published a propaganda piece by China’s ambassador to the United States, Qin Gang, that pledged “mutual respect, peaceful coexistence, and win-win cooperation.” At least 47 of China’s warplanes crossed the median of the Taiwan Strait in what People’s Liberation Army spokesman Shi Yi called a “firm response to the current U.S.-Taiwan escalation and provocation.”

This show of force follows a series of military drills that China conducted last week near southern Okinawa that involved China’s aircraft carrier Liaoning, two destroyers, and a frigate, as well as 180 carrier-based fighter jets and helicopters. Yet Qin Gang writes that “China is committed to its foreign policy goals of upholding world peace and promoting common development, and it remains dedicated to building a community with a shared future for mankind.” And the ambassador warns that viewing the world from a “democracy vs. authoritarianism perspective” will result in a world of “division, competition, and conflict.”

Qin Gang writes that the “tension across the Taiwan Strait was not created by the Chinese mainland breaking the status quo, but by ‘Taiwan independence’ separatists and external forces [i.e. the United States] continually challenging the status quo of ‘one China,’” while it is Japan, not China, that is attempting to alter the status quo in the East China Sea. This rhetoric from the ambassador of a country that has constructed islands to serve as military bases in the South China Sea, declared that sea to be part of China per its so-called nine-dash line, and is engaging in a massive conventional and nuclear weapons buildup, is evidence of what James Burnham in The Machiavellians explained as the difference between the “formal” and “real” meaning of words and phrases.

Burnham began The Machiavellians with an analysis of the Democratic Party’s platform in 1932 and Dante Alighieri’s 14th-century work De Monarchia. In both instances, the “real” meaning of the words and phrases was disguised by the “formal” meaning. The Democrats of 1932 rhetorically committed themselves to a balanced budget and a sound currency, but that formal meaning of the words disguised the real meaning, which was the Democrats wanted to control the budget and the currency. Similarly, Dante in De Monarchia promotes the notion of “universal peace, salvation, a unified world government,” but in reality he is promoting one side in a conflict over who is to rule Florence. The formal words, Burnham explained, told us nothing and should be assessed only in the context of the political or geopolitical situation of the time.

Qin Gang’s rhetoric in the National Interest should be viewed according to Burnham’s “formal” and “real” meaning dichotomy. He formally writes about “upholding world peace,” but the real meaning of those words in the context of China’s actions is a world peace with China in control of Taiwan. He formally writes of promoting “common development,” but the real meaning of those words is spreading China’s economic and political influence by economic means per China’s Belt and Road Initiative. His formal warning about viewing the world as a struggle between democracy and authoritarianism hides the real meaning, which is to convince the United States to accept a China-led autocratic world order, i.e., Xi Jinping’s “China Dream.”

The “formal” meaning of Ambassador Qin’s article is what Burnham called a “systemic distortion of the truth.” We experienced this all throughout the Cold War with the Soviet Union, whose leaders and spokespersons repeatedly pledged “peaceful coexistence” while waging ideological and geopolitical war against the citadel of capitalism. “In the hands of the powerful and their spokesmen,” Burnham wrote, “… this method [of communication] is well designed … to deceive us, and to lead us by easy routes to the sacrifice of our own interests.”

The ancient Chinese strategist Sun Tzu taught that it was the acme of skill to subdue an enemy without fighting. We would be wise and prudent to view and listen to what Chinese leaders write and say but only in the context of their actions, which, as we know, speak louder than words.