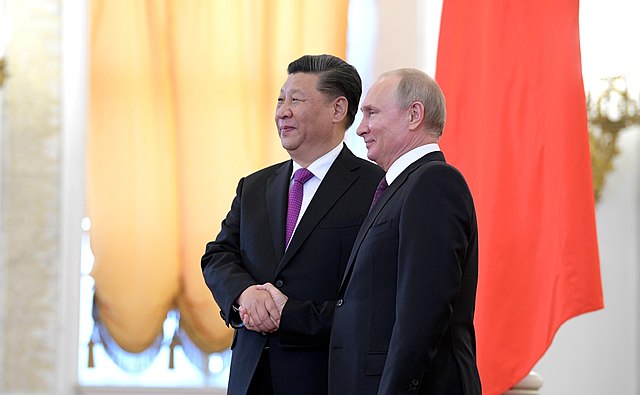 On July 6, 1914, German Foreign Minister Theobald von Bethmann Hollweg sent a telegram to Germany’s Ambassador to Austria-Hungary instructing him to inform Emperor Francis Joseph that while Kaiser Wilhelm II “cannot interfere in the dispute now going on between Austria-Hungary and that country [Serbia],” Austria-Hungary may “rest assured that His Majesty [Germany] will faithfully stand by Austria-Hungary, as is required by the obligations of his [Germany’s] alliance and … friendship.” This was the so-called “blank check” whereby Germany pledged to support Austria-Hungary if it went to war against Serbia. Emboldened by Germany’s “blank check,” Austria-Hungary issued an ultimatum to the Serbs (a document that Winston Churchill called “the most insolent … of its kind ever devised”), then declared war against Serbia on July 28, 1914, and shelled Belgrade — one month after Serbian terrorists assassinated Archduke Franz Ferdinand and his wife in Sarajevo. Thus began the war that George Kennan called the “seminal catastrophe” of the 20th century.

Fast forward to February 4, 2022. China’s President Xi Jinping and Russia’s President Vladimir Putin declared in Beijing that their “partnership” had “no limits.” Three weeks later, Russia invaded Ukraine. Did Putin interpret this partnership without limits as a “blank check” that emboldened him to invade Ukraine? Was Xi signaling to Putin that China would back Russia in its Ukraine venture? Washington Post China expert Josh Rogin has written that President Xi is Putin’s “co-conspirator” in the Ukraine war. Since the war began, China has diplomatically sided with Russia, and as Radio Free Europe/Radio Liberty’s Reid Standish notes, China’s “state-run media have pushed Russia’s narrative of the invasion to audiences at home and abroad.” And Raffaello Pantucci of London’s Royal United Services Institute has noted the “durability of the China-Russia relationship” even in the face of Western sanctions and international condemnation.

One week before Russia invaded Ukraine, China and Russia agreed to expand their energy relationship, including a coal deal worth $20 billion and oil and gas deals worth more than $117 billion. BBC News reports that the two countries seek to construct a gas pipeline that will be worth more than $400 billion. China may be helping Russia financially and militarily, though China calls reports of the latter “fake news.” And the Economist warns that Western statesmen would be foolish to underestimate Xi’s bond with Putin, which is fueled by shared geopolitical interests. (READ MORE from Francis P. Sempa: On Russia and China, Welcome Back to the 19th Century)

Germany’s blank check to Austria-Hungary set Europe ablaze in a war that few statesmen wanted and even fewer believed would last more than four years, claim over 15 million lives, produce over 40 million casualties, lead to the fall of four empires, spawn the twin ideologies of fascism and communism, and lead to an even more deadly and destructive global war.

We don’t know how the Ukraine war will end. It is already a tragedy for the Ukrainian people, and risks becoming a broader European and perhaps global nightmare. China’s “blank check” to Russia — if that is what it was — will live in infamy if, as in the case of Germany in 1914, it sets in motion events that help trigger what Winston Churchill memorably described as “a world of monstrous shadows moving in convulsive combinations through vistas of fathomless catastrophe.”