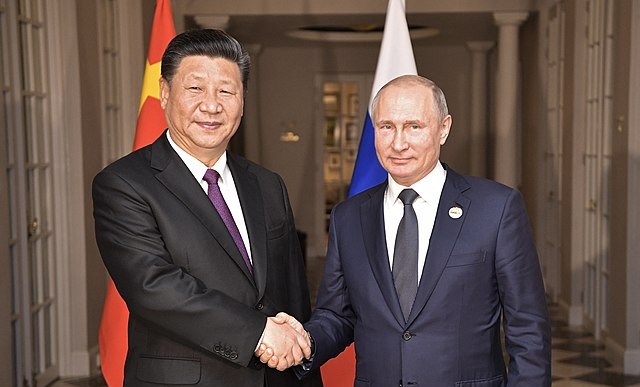 Western statesmen better start reading or re-reading British historian A.J.P. Taylor’s classic historical work, The Struggle for Mastery in Europe, 1848-1918 (1954). The current war in Ukraine and rising tensions among great powers in the Far East should pour cold water on the notion that the world has progressed from the bad old days of the 19th century. Far too many Western statesmen and commentators share the sentiments of former Secretary of State John Kerry’s embarrassing indignant rhetorical response to Russia’s invasion of Crimea in 2014, when he scolded Vladimir Putin for acting like some 19th-century power. This was the same John Kerry who responded to terror attacks in France by having musician James Taylor travel to Paris to sing “You’ve Got a Friend.” Perhaps Vladimir Putin and Chinese President Xi Jinping, hopefully, finally have opened our eyes. Welcome back to the 19th century.

In the introduction to The Struggle for Mastery in Europe, Taylor noted that Europe owed its 19th-century periods of peace to the maintenance of the balance of power, when no one state or alliance of states was strong enough “to eat up all the rest,” and “the mutual jealousy of the Great Powers … preserved even the small states, which could not have preserved themselves.”

The lessons of 19th century diplomacy are relevant to today’s world crisis, yet there is little sense that the Biden administration or many European leaders grasp their significance.

Taylor wrote that statesmen “have not always acquiesced in the perpetual quadrille of the Balance of Power.” Instead, they “have often wished that the music would stop and that they could sit out a dance without maintaining the ceaseless watch on each other.” Sometimes, he explained, they looked to some “universal authority which would overshadow the individual states and deprive them of sovereignty.” At other times, statesmen have looked to a “universal moral law” to restrain the appetites of states. Neither has worked. It is only when the leaders of the great powers pay ceaseless attention to the balance of power that the world has enjoyed periods of relative peace.

Taylor wrote that the European balance of power “worked untrammeled in the seventy years between the fall of Metternich and its several repudiations by Lenin and [Woodrow] Wilson.” To be sure, there were smaller regional conflicts — some of which, like Prussia’s wars of German unification, affected the balance of power — but careful, prudent attention to the balance of power prevented the outbreak of a general war until 1914.

The European statesmen who populate the pages of Taylor’s book were not miracle workers or foreign policy demigods. They made mistakes and errors. Their judgments were not always sound. They suffered from misconceptions about their allies and adversaries. But they had several important things in common: a modest view of human nature, a devotion to their respective nation’s interests, an understanding of the limits of power in a multipolar world, a distrust of permanent solutions to international disputes, and a shared belief in the benefits of stability.

The lessons of 19th century diplomacy are relevant to today’s world crisis, yet there is little sense that the Biden administration or many European leaders grasp their significance. The world’s leaders who are daily dealing with developments in Ukraine and the Far East would benefit by studying the methods by which Palmerston, Bismarck, Disraeli, and other statesmen of that period pursued their nation’s interests while being ever mindful of the need to maintain the balance of power and preserve a general peace. One looks in vain today for leaders of the caliber of those 19th-century statesmen. And if today’s statesmen fail to avoid a broader European war and continue to lurch toward great power conflict in the Far East, as their predecessors did in the early and mid-20th century, the consequences may be catastrophic.