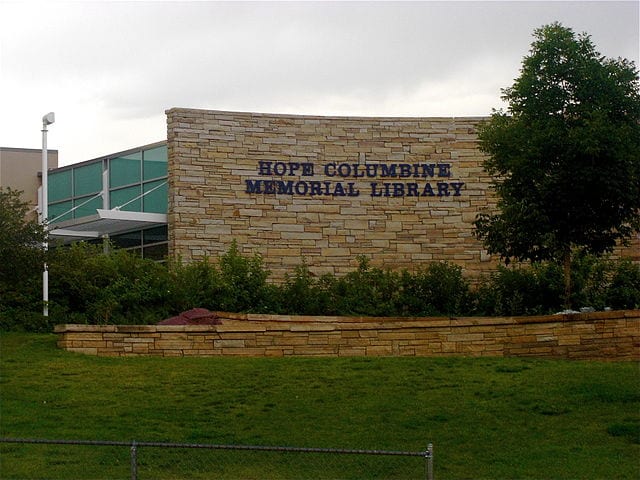 Safety in schools has become of paramount concern to students and parents, especially on days like today, the nineteenth anniversary of the horrific Columbine school shooting. It’s not just school shootings causing this concern, however. It is the bullying, sexual harassment, and assaults many students deal with on a daily basis. With the rise of smartphones and social media, the bullying suffered at school can now follow children anywhere, 24 hours a day, seven days a week, 365 days a year. Parents of children with special needs or health issues also must have concerns about whether their child’s school is equipped to keep them safe.

Ta-Nehisi Coates, national correspondent for the Atlantic, explained in a recent talk the struggles many students now face: “I grew up in West Baltimore… so when you went out into the world, you had to negotiate a different kind of logic, and that logic often had to do with making yourself safe. It wasn’t just enough to do X, Y, and Z in school, you had to always think about making yourself safe… I would say each day a third of my brain was dedicated to negotiating violence.”

When so much energy is spent on figuring out how to keep yourself safe just getting to school, you can imagine the sense of exhaustion setting in on a child even before they crack open their first book in the morning. No wonder then, after negotiating this violent maze day in and day out, that many students aren’t performing well in class. Scores on the National Assessment for Educational Progress (NAEP) tests, colloquially known as the “Nation’s Report Card,” continue to be stagnant, even though there has been a significant increase in recent decades in school funding and regulations passed in the name of creating better education outcomes.

School safety isn’t a problem for just a tiny minority of students anymore, either. Nearly 21 percent of all students ages 12 to 18 report being bullied at school. While that statistic represents important progress since 2005, when 28 percent of middle- and high-school students reported being bullied, it’s little consolation to the estimated 6.1 million students who are being bullied today.

Close to one-third (31 percent) of 6th grade students say they have been bullied, as well as 25 percent of 7th graders. Around one in five 8th, 9th, and 10th graders also report being bullied, along with 15 percent of high school juniors and seniors. Findings from the CDC indicate that the overall high-school bullying rate is 20 percent.

Students should not have to wait years at a time or become victims of violent crime before their parents are allowed to transfer them to safer schools. That is why the Heartland Institute is currently working on a proposal for states to create a Child Safety Account (CSA) program that would allow parents to immediately have their child moved to a safe school — be it private, parochial, or a different public school — as soon as they feel the public school their child is currently attending is dangerous to his or her physical or emotional health.

The Florida Legislature recently recognized the issue of bullying and violence against children in schools. To solve this issue, they passed the Hope Scholarship, allowing students who are victims of bullying and other violence to choose another school within their district, outside of district boundaries, or a private school. This bill became law this March, receiving strong approval in both the state’s House and Senate.

Parents worry about the safety of their children at school just as much as their children do, if not more so. Unfortunately, as it currently stands, parents don’t have many options at their disposal to rectify the problem if they feel like their child’s school is an unsafe place for them. Unless they can afford to send their child to a private school or homeschool them, their child’s fate is determined by circumstance and an entrenched bureaucracy.

It shouldn’t be that way, and that is why CSA programs are so desperately needed. Heartland’s program would offer parents and their children a near-instantaneous solution to school violence by allowing parents to quickly and easily move their child to the school they determine to be the best and safest fit for them — whether that school be another public school, charter school, or private school. Even more importantly, it makes the parents themselves, not some disinterested bureaucrat, the final arbiter of whether or not the child’s school environment is an unsafe one for them.

Right now, thousands of students across America are frustrated, hurting, and dreading having to wake up in the morning and to spend a day in a place where they are poorly treated and possibly physically harmed. Their parents are hurting for them, worried about what the news from school is going to be each day and feeling exasperated and helpless because they think there is nothing they can do to help their child. That is why Child Safety Accounts or so desperately needed. There is no time to act like the present.