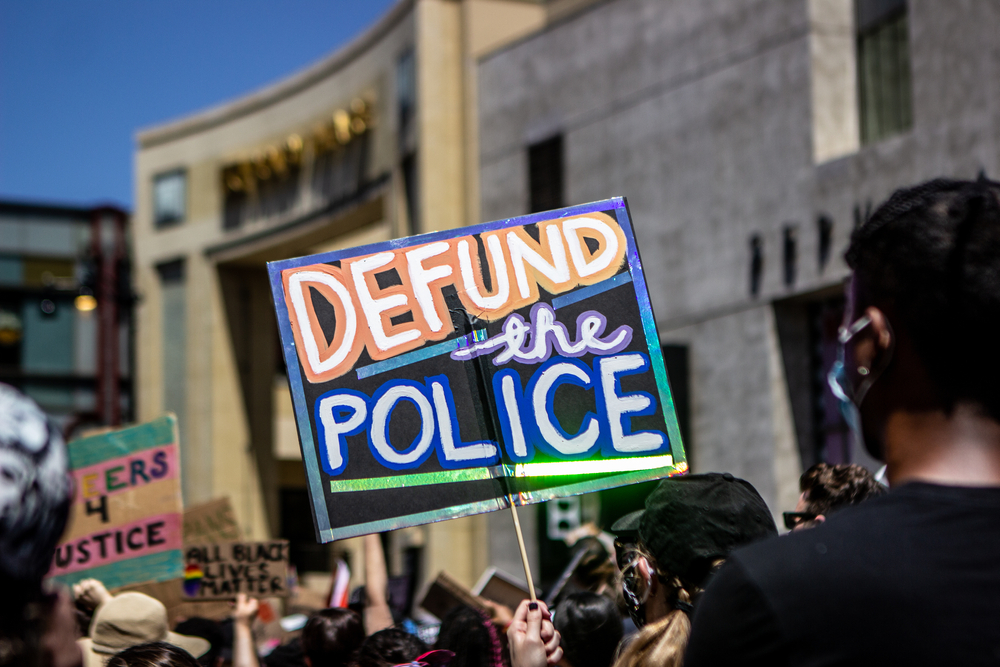 Tuesday afternoon the Democrats and the Left at large got exactly what they said they wanted from the trial of Derek Chauvin. The jury found him guilty of all three counts — second-degree murder, third-degree murder, and second-degree manslaughter — with which he had been charged in the death of George Floyd. Yet prominent Democrats who commented on the verdict seemed slightly bewildered and disappointed. Their collective response was captured in this statement from Minnesota Attorney General Keith Ellison: “I would not call today’s verdict justice, because justice implies restoration.” This is an odd assertion coming from the man who orchestrated Chauvin’s prosecution and secured an unequivocal conviction.

It is particularly odd considering that the city of Minneapolis agreed in March to pay $27 million to settle a civil suit brought by George Floyd’s family pursuant to his death. Neither that settlement nor Chauvin’s conviction will restore George Floyd’s life, of course, but it is all one can reasonably expect from the legal system. That, unfortunately, is the rub. When Ellison deploys words like “justice” and “restoration,” he isn’t talking about what most Americans think of when they hear such terms. He is claiming they are meaningless in a structurally racist legal system that is itself the root cause of tragedies like George Floyd’s death. This is what renowned legal scholar Rep. Alexandria Ocasio-Cortez (D-N.Y.) means by this obloquy:

I don’t want this moment to be framed as this system working. Because it’s not working. We saw a murder in front of all of our eyes, and yet we didn’t know if there would be a guilty verdict — it tells you everything. Verdicts are not substitutes for policy change…. and there are way too many people including my colleagues that think that’s the case…. This one case and this one verdict, we still have people getting killed by police every single day on average in the United States…. We’re willing to accept violence against some communities as a necessary cost for “safety.”

Like Ellison, Ocasio-Cortez is clearly disappointed that the system did work, and her complaint that “we didn’t know if there would be a guilty verdict” until a jury heard the evidence betrays an ominous disregard for due process. By far the strangest Democratic response to the Chauvin verdict, however, was offered at a Tuesday press conference by House Speaker Nancy Pelosi (D-Calif.) in a ghoulish eulogy to the victim: “Thank you George Floyd for sacrificing your life for justice … your name will always be synonymous for justice.” This was a creepy attempt to exploit the man’s death to exhume an anti-police bill, the “George Floyd Justice in Policing Act” (HR 1280), which narrowly passed in the House but has been ignored by the Senate.

The odd reaction by the Democrats to the Chauvin verdict is intimately connected to their desire to breathe life into HR 1280. They obviously expected the jury to find him innocent on at least one of the two murder counts, and they hoped to use that “miscarriage of justice” to stoke widespread outrage in the black community and thereby force the Senate to move forward on their crypto–police defunding bill. They are now in the awkward position of claiming Chauvin’s conviction, plus a huge civil settlement for his family, falls short of genuine justice. Tuesday evening, Vice President Kamala Harris told us, “America has a long history of systemic racism,” implying that the Chauvin verdict by no means absolves us of our sins:

A measure of justice isn’t the same as equal justice. This verdict brings us a step closer. And, the fact is, we still have work to do. We still must reform the system. Last summer, together with Senator Cory Booker and Representative Karen Bass, I introduced the George Floyd Justice in Policing Act. This bill would hold law enforcement accountable and help build trust between law enforcement and our communities. This bill is part of George Floyd’s legacy. The President and I will continue to urge the Senate to pass this legislation … This work is long overdue.

During the same press conference President Biden sounded a similar refrain. After lamenting “the systemic racism that is a stain on our nation’s soul,” he pitched HR 1280:

George Floyd was murdered almost a year ago. There’s meaningful police reform legislation in his name. You just heard the Vice President speak of it. She helped write it. Legislation to tackle systemic misconduct in police departments, to restore trust between law enforcement and the people that are entrusted to serve and protect. But it shouldn’t take a whole year to get this done. In my conversations with the Floyd family — and I spoke with them again today — I assured them that we’re going to continue to fight for the passage of the George Floyd Justice in Policing Act.

All of which raises the following question: Is there any real evidence that systemic racism exists on a scale that would justify a comprehensive bill such as the one Biden and Harris want passed? Is there really an out-of-control epidemic of white-on-black police killings? The statistics don’t support that claim. According to Statista, the average number of black people shot to death by the police in the U.S. from 2017 through 2020 was 227. The average number of white people killed by the police during the same period was 421. In 2021, the total number of black and white people killed by police stands at 30 and 50 respectively. This is too many, of course, but it is not the massacre described by Democrats pushing HR 1280.

Moreover, HR 1280 was drafted without input from law enforcement officials or Republicans, and it passed in the house by eight votes (220-212). Republican House Leader Rep. Kevin McCarthy (R-Calif.) describes the legislation thus: “The unfunded mandates in their bill, H.R. 1280, would cost police departments hundreds of millions of dollars — the equivalent of taking 3,000 cops or more off the streets. Our men and women in uniform deserve better.” This bill, despite Democratic rhetoric, would amount to de facto defunding of the police. It also would eliminate qualified immunity protections for all federal, state, and local law enforcement officers, which protect them when reasonable mistakes are made in dangerous, high-pressure situations.

Democratic officials like Keith Ellison, AOC, Nancy Pelosi, Kamala Harris, Joe Biden, and many more were hoping for an unfair verdict from the Chauvin jury. It is why Rep. Maxine Waters (D-Calif.) did her best to set the stage for a riot if the “wrong” verdict was reached. If the jury had failed to convict Chauvin, violent protests would have erupted in dozens of cities across the country. This would have allowed the Democrats, aided by all-too-vivid scenes of urban chaos provided by the media, would have been able to put enormous pressure on Senate Republicans to pass a de facto police defunding bill. This is why Democrats seemed crestfallen when they heard the verdict. It almost certainly means HR 1280 is a dead letter.