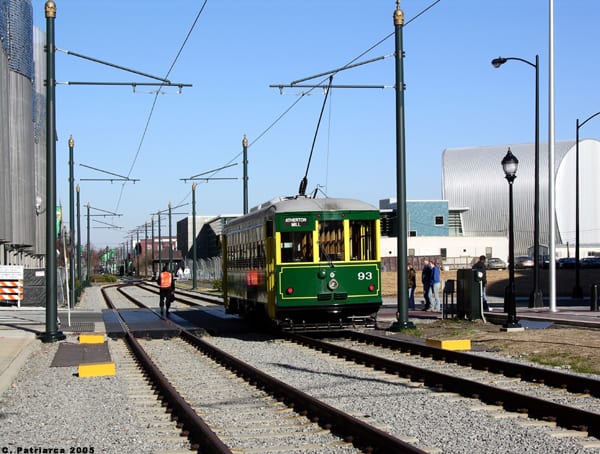 Growing up, we all had that friend who tried too hard. The one who’d go to extreme lengths to be considered cool. Unbeknownst to the friend, the harder they tried, the less cool they became.

After hemming and hawing like the petulant child who tries too hard to be cool, Charlotte’s City Council voted earlier last week to submit its bid to host the RNC in 2020. The RNC voted to unanimously support the bid several days later.

Instead of being proud of this accomplishment, Charlotte, in its quest to be a “big city” is suffering from quite the identity crisis over the issue. In part, Charlotte is still trying really hard to win the approval of its cool big city liberal friends, like San Francisco and New York, so it protested the bid and pouted after the announcement because, in order to be accepted by liberals, you must resist Trump, Republicans, and any and all conservative ideas in general.

Of course, you must engage in this sort of protesting even if it costs your city an event that actually benefits the local residents and the local economy by bringing tens of thousands of people to your city for the first time; people who are willing to spend millions of dollars at hotels, restaurants, and other local establishments.

Although somewhat of a moot point now that the RNC has accepted Charlotte’s bid and things are now moving forward, unfortunately for Charlotte, its temper tantrum did not go unnoticed by thought leaders around the country, including those who live in the big cities Charlotte aspires to be like. And, it will have long-term effects on Charlotte’s ability to market itself as a “world class city.”

Charlotte’s inability to make a simple decision without succumbing to political drama and whiny liberal ranting makes the city less attractive to future conventions and tourists, not more so. For example, one City Council member referred to Trump as “a human avatar of white supremacy.” Similarly, using the hashtag “#NoRNCinCLT” several Charlotte residents took to Twitter to proclaim, “Our city will become a Mecca for hate mongers & tiki torch carrying racists” and “Do you we really want facist [sic], racist, abusers here?” In addition, some targeted Charlotte’s mayor Vi Lyles, an African-American female and Democrat, directly, stating “You’ll end up in this History books Mayor as the woman who allowed the New South to return to the bigoted Old South ways. The bombardment of bad press will make Charlotte a World Wide embarrassment.”

First, conflating Charlotte with Charlottesville in this context is unhelpful. Trying to tie a political convention to a white supremacy rally is, at best, reflective of a severe lack of understanding of the historical role of political nominating conventions, and, at worst, a blatant attempt at fear-mongering by the left. If Charlotte wants to grow into the world-class city it proclaims to be, a bit of southern hospitality would go a long way towards working with those who want to improve the local economy and promote inclusivity of ideas and political beliefs.

I also know this firsthand because, after living in Charlotte for the past four years — I ultimately relocated elsewhere in North Carolina due to frustration with the city’s governance (the style of which was on full display during Monday’s public debate over the RNC bid). As noted by one resident in the Charlotte Observer, “after living all over the country, I have never seen a city so filled with hatred toward Republicans.” As someone who has moved up and down the east coast and lived in many liberal-leaning cities, I agree with this statement.

The ultimate irony of the entire debate over whether Charlotte should submit its bid, of course, is that it centered around liberals wanting to ban something because they don’t agree with it. Aren’t they supposed to be the party of tolerance and acceptance? As I have previously argued, one of the main problems with liberals is that they are only in favor of visible diversity, i.e., things like race, gender and ethnicity. Meaningful diversity involves diversity of ideas and beliefs. The lack of meaningful diversity was on full display from liberals at Charlotte’s public hearing Monday, where they declared all Republicans to be hateful, racist and willing to incite violence. The people of Charlotte should be embarrassed that its purportedly most open-minded citizens are in fact just the opposite.

Indeed, these same liberals are the ones who, just two years earlier, whined and complained because the Republican-controlled General Assembly banned transgender individuals from using the restroom of their gender identity, and instead required them to use the gender assigned to them on their birth certificate. Liberals didn’t agree with that ban, so apparently that was totally OK to be upset about. Banning the RNC is something they do agree with, so that of course is totally different and acceptable. Unfortunately, it seems the irony is lost on them.

Moreover, what is also lost on Charlotte’s whiniest residents is that its desire to be accepted as a big city, on the level of its cool liberal friends, is what caused it to chase hosting the RNC in 2020 to begin with. Almost immediately after hosting the DNC in 2012, city leaders started talking about whether it could host the RNC — something only actual big cities — New York, Miami, Chicago, Houston, and Philadelphia, have done previously.

For years, Charlotte was so desperate for attention that they would have hosted a NAMBLA convention if given the chance. When hosting the men’s basketball Final Four in 1994, Charlotte was mocked nationwide for putting makeshift bars and restaurants along its deserted Uptown streets. And, notably, conservatives did not take to the streets and riot when then-President Bill Clinton attended the game due to the appearance of the Arkansas Razorbacks, who ultimately beat home state team Duke, despite the fact that (gasp) Mecklenburg county voted for Republican George H.W. Bush in the 1992 Presidential election.

It’s an undisputed fact that the country is currently deeply divided politically. But if Charlotte continues to shun the RNC leading up to the 2020 convention, it will only further that divide by essentially saying “you don’t agree with us, so we don’t want you here.” That’s hatred. It’s not tolerance. As best stated during Monday’s hearing by Democratic City Councilman Larken Egleston, “I will not combat the disappointing characteristics of this president by emulating them.” He ultimately voted in favor of the bid, showing that there is hope for common sense (which is actually none too common these days) to prevail over the liberal mob.

In the interim, as the RNC host committee transcends upon Charlotte, as they land at Charlotte Douglas International airport, attendees will be greeted by the sign proclaiming that “Charlotte’s Got a Lot!” Unfortunately, the only thing Charlotte currently appears to have a lot of is whiny liberals and intolerance. Let’s hope that changes.