Another Perspective,Top Story Freedom Confronting Our Chaotic, Coercive Age - The American Spectator | USA News and Politics
Menu
Another Perspective
Confronting Our Chaotic, Coercive Age
How can we fight it? As Forster wrote, “It all turns on affection.”
by Shmuel Klatzkin
Protests in Chicago, Illinois, June 19, 2020 (Untitled Title/Shutterstock.com) 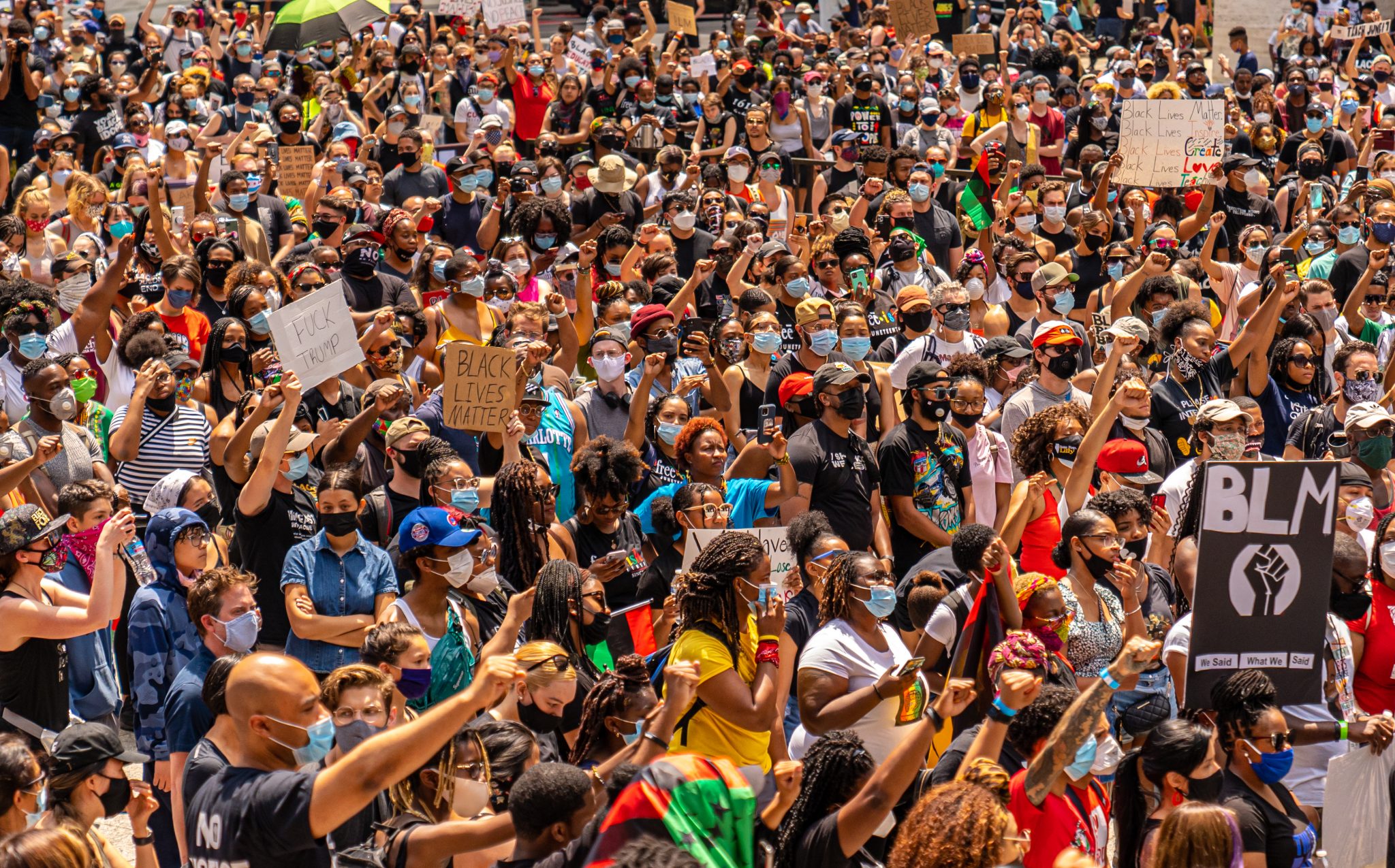 I earned my stripes as a cosmic adventurer. I didn’t go to Woodstock, but a few weeks before, at Atlantic City Pop, I joined over 100,000 other adventurers for the lead-up to Yasgur’s farm in three days of music and the associated sacraments of the day. The door opened into the magic of the music, and the next few years I saw a lot more of it, following it around New England, New York, and eventually out to the Bay Area.

But Woodstock led to Altamont, Haight Ashbury turned from flower power to needle power, and the world was looking considerably different in 1973, when I stepped through the door of what turned out to be an orthodox synagogue. Phil Lesh of the Grateful Dead used to say that wherever we play is our church; Jorma Kaukonen of Jefferson Airplane and then Hot Tuna as well as Jerry Garcia of the Grateful Dead would play songs of Rev. Gary Davis with conviction and power; and Ken Kesey had spent a lot of time in the Last Supplement to the Whole Earth Catalog setting out why dipping into the Bible steadily might be a good idea, and how Martin Buber, the modern Jewish mystic, changed his life.

But I really was not ready for a conscious commitment to orthodoxy of any sort, and had imagined a little local synagogue in Newton to be of a more liberal bent. Upon entering, I was horrified to discover my mistake, but the rabbi approached me with a generous smile and genuine palpable warmth and prevailed upon me to come back. As every time I returned, I found his warmness constantly proving itself genuine, I kept returning, and became a regular not only at his synagogue but at his and his wife’s delightful table on Shabbat and holidays.

It took some time for me to realize something.

It had taken the hand of providence to get past my own prejudice regarding people in the category into which I had placed the rabbi before even knowing him. In the belief system that I never acknowledged as a belief system, that rabbi was without investigation to be classified among those benighted creatures who judged all others according to a set of rules and prejudices. Through ignorance or lack of experience, they did not know the freedom I had and the superior worldview that I, unbound by prejudice, represented.

But in the friendship of this man, something slowly surfaced. I began to realize more and more consciously that I had seen him only as a type from the get-go. I had prejudged him. And it was due primarily to his willingness to see something in me beyond the obvious judgment my face must have expressed to him at first that I was given the opportunity to know him better.

I was moved by this man to seriously commit myself to exploring what made him be the kind of person he was — the core beliefs, practices, and texts that constantly informed him and helped him stay truer to the freedom, love, and peace that I had thought myself devoted to. Through his patience, he gave me space to truly look within, and to see that the only difference between his orthodoxy and what was actually my own sort of orthodoxy was that his was acknowledged and could be discussed and debated and learned from, whereas mine had not been acknowledged even to myself, and therefore I had no way of talking about it and sharing the structure of what shaped me with others or of gaining insight and correction from anyone else.

Today’s chaotic upheaval is reminiscent in important ways of chaotic earlier times. So many have lost the way to talk about what moves them in a way that makes sense to others. Of course, we need the intimacy of family, of our faith community, as places where we can retreat and restore ourselves to come back and return to the work of the national and the universal good.

But instead, we see people not able to find commonality pretending to themselves that they are truly being universal. Self-correction, the most basic requirement of free people, is seen as at odds with self-will. Having given up on reason and a reality that emconpasses people, rather than being centered in and limited to them, it seems that all that is left for many is the belief that the highest good is self-belief. And the need for self-belief is accompanied by the need for power. With no sense of accountability, all that is left the self is the unbounded struggle for power.

The airwaves and the Net, the schools and the public square are filled now with those who can no longer explain themselves, but who use words merely to control, to coerce, or to frighten. Unexamined and unspoken orthodoxies fill minds, and these minds, unaware that they are their own kind of orthodox, do not see themselves having anything in common with others who acknowledge different faith commitments.

Even worse — as they isolate themselves from testing their own beliefs, they strive to establish their own brand of faith as uniquely privileged by law and government. They sincerely believe that their faith is simply the truth and not a belief. But in their ever-growing isolation, they cannot imagine that others too have a genuine faith, and that though there are differences that may or may not reflect reality, these cannot be resolved by mere power and assertion. Whether people define their beliefs by established religions, or by personal power, the bottom line remains subject to the test that no one can control — what is actually true. And we as Americans must maintain our freedom to find our way to truth without coercion.

What the rabbi showed to me has a simple name — love. Love alone has the power to overcome isolation. Love can make itself felt to someone who has not yet learned to love because it is intrinsically desirable.

And the logic of that desire leads us to want to be active participants in it, not just recipients of something not ours. Love teaches patience, for we realize the patience of the one who cared about us enough to endure the trials involved in breaking through our isolation.

Love cannot be compelled from without. No law to love our country will be found on the books. This is true even though, as E. M. Forster wrote, “It all turns on affection,” for nothing can hold together in any positive way a nation whose citizens hold no love for it or each other.

But the One who designed both the vastness of the universe and the intimacy of our private self tells us of the imperative to love. From the very core of who we are, we know the need. And when we look at that need squarely, we know that we can — and therefore must — apply ourselves to supplying it.

Without our love for each other, no external structure will stand. Let love be forthrightly at the core of our acknowledged beliefs. Let us talk about those beliefs, share them, and act upon them. Let us gather strength from our core, and then let us break through the power of isolation with the greater power — “love stronger than death, a divine flame.”