The Nation’s Pulse,Top Story Constitution,Declaration of Independence,John Adams,John Selden,Thomas Jefferson Celebrating Sinai and Our Constitution - The American Spectator | USA News and Politics
Menu
The Nation’s Pulse
Celebrating Sinai and Our Constitution
The holiday of the Giving of the Torah is a great time to reflect on our country’s founding laws, as well.
by Shmuel Klatzkin
mtsyri/Shutterstock.com 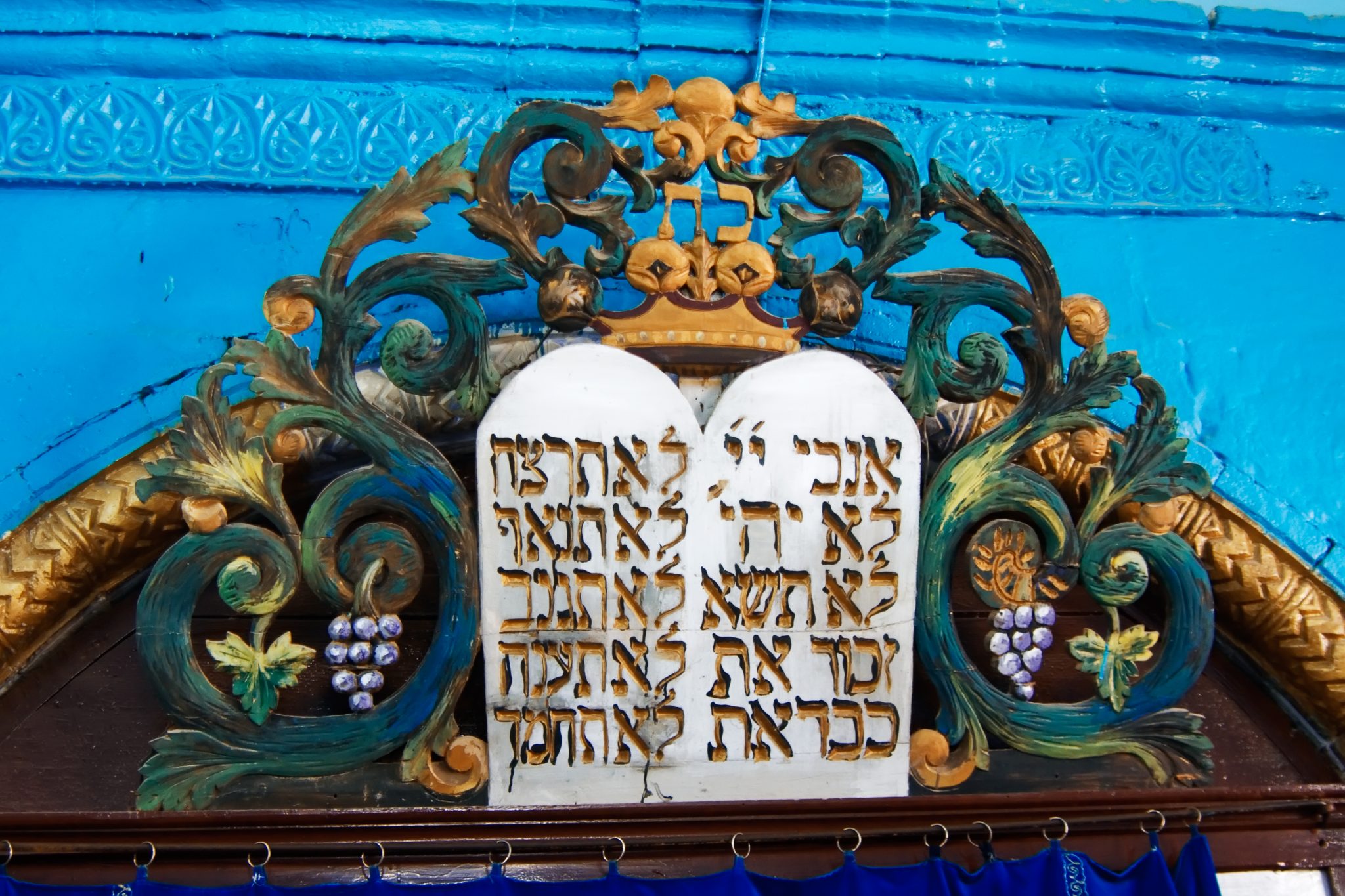 Now is the time of the biblical holiday of Shavu’ot, translated literally as the Holiday of Weeks, coming as it does 49 days — a week of weeks — after Passover. For millennia, this holiday has been celebrated as the holiday of the Giving of the Torah.

The connection between the liberation of Passover and the giving of the Ten Commandments at Sinai is deep. “Let My people go,” said God to Pharaoh, “that they should serve Me.” The first part of that sentence, the great idea of freedom from tyrants, and the Passover holiday that celebrates it, are justly famous. The second part, which speaks of the purpose of freedom and the work to which it is put (for the Hebrew word used in Scripture means both to serve and to work), as well as the Shavu’ot holiday which celebrates it, are not nearly as well known.

But the inseparability of freedom from service to high purpose is something that our American history teaches.

Great ideas galvanize the minds and hearts of the people. But it is constitutionalism that guards against great ideas being betrayed by the all-too-common frailties of our human condition.

The great ringing phrases of the beginning of the Declaration of Independence are more memorable than any of the language of the Constitution. The Constitution has its moments as fine prose, but Jefferson’s language at the Declaration’s beginning is incomparable and has resonated around the world and back again. Freedom! There is a great and sovereign idea, enough to change the world.

Yet our nation was foundering, run aground within a few short years after winning independence. And it was only the structure of the Constitution that pulled the ship off the shoals and set it out to navigate the deep waters of history. And in that lies a lesson about the inadequacy of great ideas on their own.

To learn that lesson, let us look at the relationship between the man of the idea, Jefferson, and that great issue that nearly sank our American ship — slavery.

As Henry Wiencek wrote in Smithsonian magazine in October 2012,

In his original draft of the Declaration, in soaring, damning, fiery prose, Jefferson denounced the slave trade as an “execrable commerce … this assemblage of horrors,” a “cruel war against human nature itself, violating its most sacred rights of life & liberties.”

Wiencek’s point was that when Jefferson wrote in the Declaration, “All men are created equal,” he really meant it.

Jefferson was an idea man. In this, he was in tune with the French revolutionaries, who built their new government on the basis of self-evident ideas instead of a living tradition of liberties delivered through specific legal traditions.

John Adams was a very different personality. A collaborator with Jefferson on the Declaration, then a fierce political rival, and later a devoted correspondent with him for more than a decade until the day they both died, Adams was a constitutionalist and suspicious of the French revolutionaries for many of the same reasons as Edmund Burke was in the UK.

Adams, like any colonial lawyer, knew and appreciated the works of John Selden, that supreme scholar of English law and champion of constitutionalism. Like Selden, and unlike Jefferson, Adams also held Jewish civilization and Jewish law in the highest esteem. Adams’ reading of Selden would have informed him of how Selden saw the Jewish oral law tradition as the distant source of the English Common Law. It is no surprise then to find Adams occasionally eloquent in his praise of Jewish tradition.

One of the places where that praise appears offers a sharp contrast between his views and those of Jefferson. Of ancient Israel, Jefferson wrote,

a nasty sect, which had presented for the object of their worship a being of terrific character, cruel, vindictive, capricious and unjust…. Moses had bound the Jews to many idle ceremonies, mummeries and observances, of no effect towards producing the social utilities which constitute the essence of virtue … [and] instilled into his people the most anti-social spirit towards other nations.

In response to one of Jefferson’s derogatory remarks about the rabbis of old, Adams wrote that he found the rabbis’ work so valuable that he wished that somehow he could have the kind of lengthy life necessary to “examine the Mishna, Gemara, Cabbala” as well as many other books of the rabbinic and medieval period that he mentions by name.

To Adams, there was an ongoing relevance to this tradition. A Unitarian of the old sort, he believed that not only had the Creator set up the physical universe with all of its manifest lawfulness, as Newton and so many others were uncovering at a rapid clip; as important as that, if not more so, the Creator had also revealed the working of law within human affairs. This knowledge, he wrote, was transmitted to humanity by Israel:

I will insist that the Hebrews have done more to civilize Men than any other Nation…. the most essential Instrument for civilizing the Nations.… ordered … to preserve and propagate, to all Mankind the Doctrine of a Supreme, intelligent, wise, almighty Sovereign of the Universe, which I believe to be the great essential Principle of all Morality and consequently of all Civilization.

This principle, he insisted, was available even to atheists, who must acknowledge the political necessity at least of this foundational doctrine. For our human constitution is built on this bedrock. Knowing we are accountable to a force as objective and foundational as the source of physical law makes a human constitution possible. Without that sense of direct accountability, we would constantly be at the mercy of people who saw no need to govern themselves. Whatever liberties we might enjoy would be only at the whim of those strong rulers upon whose protection we would depend for our order and safety.

Jefferson’s great idea did not prove a sure guide in the governance of his own life. In the early days of American independence, he lapsed into silence about slavery. Eventually, as Wiencek demonstrates, Jefferson had gone so far as to fund his expensive lifestyle at Monticello by breeding and selling black slaves.

Above all, Jefferson’s just fame rests most firmly on his ringing declaration of human equality. Yet he gave the lie to that phrase and all he drew from it in a horrible way, making his condemnation of all religious traditions hypocritical at best.

Jefferson as well as Adams was a Founder. He was indispensable to the founding of our country. Both his politics of the big idea and Adams’ constitutionalism still play out in our American scene. Great ideas galvanize the minds and hearts of the people. But it is constitutionalism that guards against great ideas being betrayed by the all-too-common frailties of our human condition. Even the greatest leaders are humans and fallible. The living legal tradition that goes back to Sinai teaches that all were created in the Divine image and no idea we have can infringe on anyone’s freedoms.

When Moses first came to prophecy at the burning bush, he desperately wanted to know how all these fiery ideas could mean something in the real world, when he came back out of the desert. God’s reply to him was that he would know this was true when he would come and serve God on this very mountain — Horeb/Sinai.

It is not the idealism of the liberals of today or of yesterday that we object to. It is our knowing that without our constitutional framework, the great ideas can turn into something horrific. If that is true for someone as great as Jefferson, who then might not stumble?

Selden saw that our modern constitutions flow from the great tradition coming from Sinai. Now is a time to give thanks and to celebrate the meaning of law in its highest form — a liberating force that enables us to devote our lives to the highest, and work together with women and men similarly liberated and devoted.