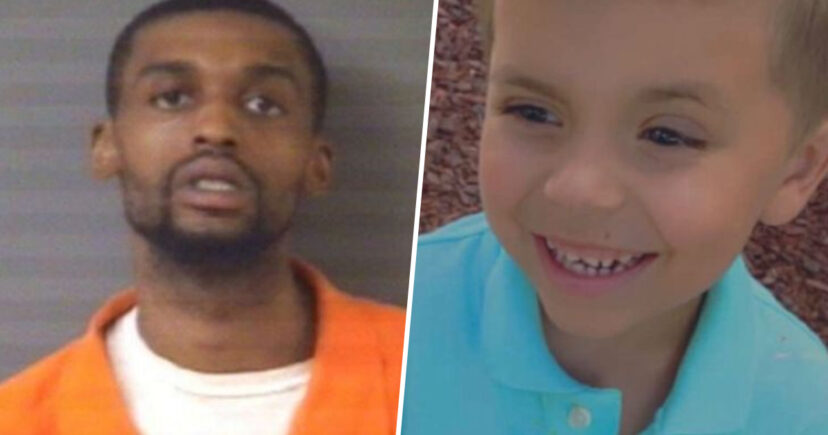 Cannon Hinnant, a 5-year-old boy from North Carolina, was shot and killed execution-style in front of his family on Sunday.

Hinnant was playing with his sisters, ages 7 and 8, near their father’s house when the shooting occurred. The suspect, Darius N. Sessoms, walked up to the boy, shot him in the head point blank, and then fled the scene, according to a witness. Sessoms lived in a neighboring house and had reportedly been over for dinner with Hinnant’s father on Saturday, the night before the shooting.

The police have yet to establish a motive, but a GoFundMe set up by the family suggests that the murder was in retaliation for Hinnant riding his bike into Sessoms’ yard.

This murder, one of the most heinous in recent American history, happened more than three days ago. There has been virtually no coverage by any of the national news outlets. Neither the New York Times nor the Washington Post have mentioned the story once. Nor have NBC, ABC, CBS, CNN, or NPR. Search Hinnant’s name and you’ll find only local news affiliates covering the story.

This lack of interest would be odd in any other situation. In the context of recent events, however, it is deeply disturbing. George Floyd, a career criminal, has been elevated to a virtual saint of social justice by thousands of articles across all of America’s most influential news outlets. Though neither Floyd nor Hinnant deserved to die, the moral gulf between them could not be larger. Why is the drug-addicted pornographer the one who has been canonized?

It might be relevant that Sessoms is black and Hinnant was white.

The common thread linking the media circuses over figures like George Floyd, Jussie Smollett, and Bubba Wallace, is the entrenched belief that white supremacy is omnipresent and constantly acted out in any interaction between black and white Americans.

The flipside of this dogma has been willful ignorance of people like Cannon Hinnant. Black on white violence is considered unremarkable and no evidence of systemic injustice, nevermind the fact that it’s far, far more common than the inverse. Consider this mental exercise, as cliche as it might be: had Hinnant been black and Sessoms been white, would this story have been ignored by national media? Far from it. It would have consumed several news cycles and perhaps kicked off a new wave of national rioting.

Furthermore, you’ve no doubt noticed that the promotion of concepts such as innate and oppressive whiteness has reached fever pitch in recent months. It is hard to interpret such ideas as anything but accusations of original sin against white Americans. As with all original sins, they indict otherwise blameless children like Hinnant.

The truth is that Cannon Hinnant is a victim of the media’s institutional racism, both in life and in death. He deserves to be remembered much more than George Floyd. Let this writing be a small contribution to his memory.