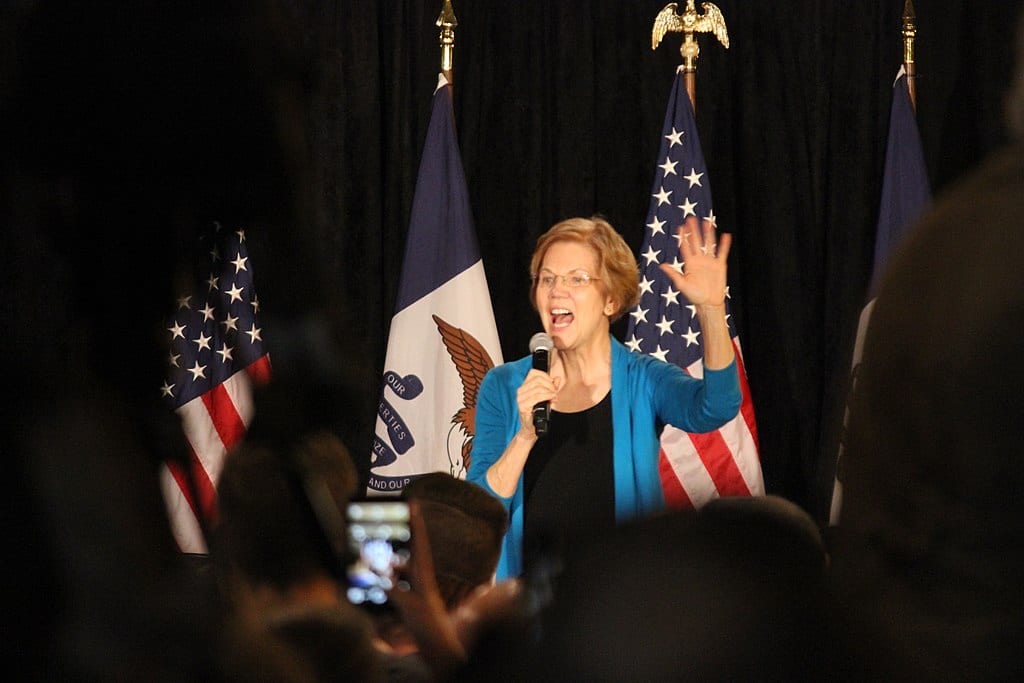 Whoever said that there’s no such thing as a free lunch never said it to the various presidential hopefuls aiming to unseat the current occupant of the Oval Office. And whoever says it now risks issuing a warning misunderstood as a challenge.

Numerous candidates, including Warren, Kirsten Gillibrand, Kamala Harris, and Cory Booker, support Bernie Sanders’s Medicare for All proposal, which commits the federal government to providing healthcare to everyone as it outlaws the insurers who currently provide such coverage to most. The bill prohibits “a private health insurer to sell health insurance coverage that duplicates the benefits provided under this Act” and for “an employer to provide benefits for an employee, former employee, or the dependents of an employee or former employee that duplicate the benefits provided under this Act.”

Cory Booker wants to give people money, well, just because. He proposes baby bonds of $1,000 upon birth and payments of up to $2,000 annually thereafter until the age of 18, at which point beneficiaries could access their interest-bearing accounts for approved purposes. Andrew Yang supports a universal basic income of $1,000 a month for Americans. Julian Castro calls for reparations for slavery. “It is interesting to me that, under our Constitution and otherwise, that we compensate people if we take their property,” the former secretary of Housing and Urban Development notes. “Shouldn’t we compensate people if they were property, sanctioned by the state?”

No candidate (yet) offers Xbox for All or free passes for Avengers: Endgame. Presumably, politicians still regard some responsibilities as ones best borne by citizens. But if one goes for a transactional politics in which candidates dangle goodies in exchange for votes, why not give the people what they really want? Taken to this extreme, even dim people recognize this as demagoguery. For politicians selling woof tickets to an impeachment that never happens based on the president’s nonexistent collusion with a foreign power, one expects such rabble-rousing.

Still, the current rabble-rousing represents a step-up from the gutter politics that dominated the first few years of the Trump presidency.

The conspiracy theory that Donald Trump colluded with Russians to steal the presidency provided temporary comfort to Democrats who wanted to believe their party did not lose but, rather, that the other side cheated. By obliterating this collective hallucination, Robert Mueller did the Democrats a favor by forcing them to learn from the mistakes they made in snatching defeat from the jaws of victory, a scenario one could easily see repeating if the party opts to double down on the discredited notion that the other side’s cheating and not their own errors — notably the abandonment of blue-collar voters — led to their shocking defeat in 2016. Comforting delusions tend to produce longer lasting pain if not checked, and the Mueller Report provided that correction if Democrats choose to accept it.

Sore losers who accuse victors of cheating cheat themselves out of lessons learned from introspection. The various policy prescriptions bandied about, however wrongheaded, represent an attempt to present an alternative to, instead of merely boogey man stories about, the Trump presidency.

Donald Trump won the presidency by shifting blue-collar workers from the blue column to the red column. He tapped into a pervasive feeling of unfairness involving trade deals, immigration policy, and expensive foreign crusaderism that collectively siphoned wealth from working Americans toward elites, foreigners, and government bureaucrats.

He reoriented his party’s message by learning from the mistakes of recent Republican nominees. Now Democrats must learn from their failures and, perhaps more importantly, why Trump won.

The whole “Make America Great Again” mantra connected with voters because Americans felt that opportunities open to them in the past had begun to close. Whereas Trump stressed opportunity, and perhaps more specifically opportunities denied, Democrats now fixate on inequality, a related but not equivalent phenomenon. The fixes they offer for their fixation threaten to transform the land of the free into the land of the freeloader.