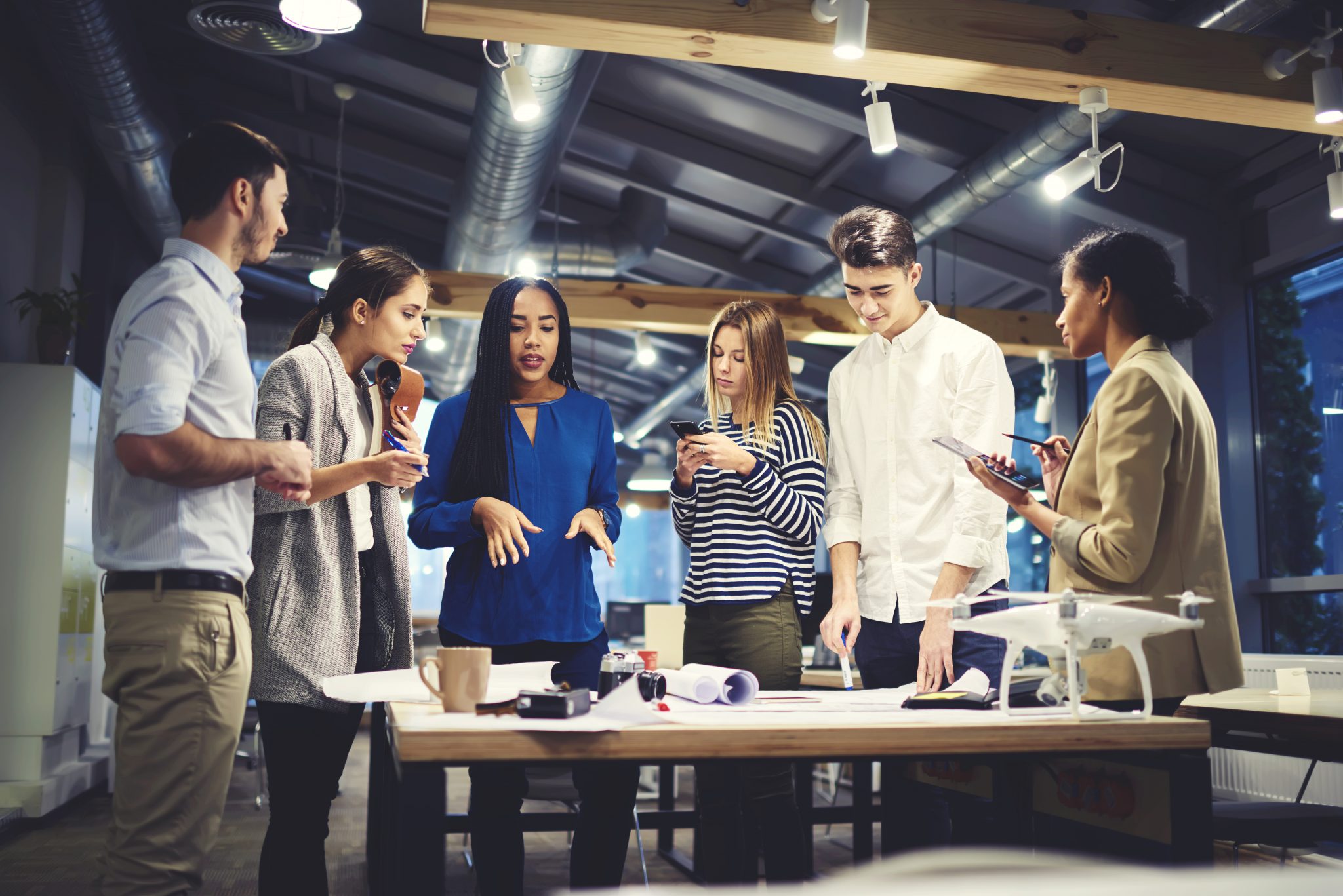 The woke activism ingrained in students at the bastion of progressive thought — the university — has real-world consequences. Young activists who are protesting in the streets for an end to the police did not develop their creed in a vacuum. Many of them learned it through Marxist professors, “Stop White People” multicultural luncheons, and lectures on police abolition.

Woke newsrooms that seek to convince readers of their progressive ideas through slanted journalism and filtered opinion sections are growing in America.

So it’s no wonder that journalism has become populated by left-wing activists who want articles to fall in line with their agenda and object to printing conservative opinions. At campus newspapers — the starting point for future journalists — many students are taught to advocate for progressive thought that quells conservative ideas. And in recent weeks, the progressive activism in student journalism has been particularly egregious.

Student editorial boards across the nation have returned to the presses this summer with pledges to support the Black Lives Matter movement through all aspects of their newspaper’s journalism and opinion writing.

For instance, the editorial board of Middlebury College’s student newspaper promised their readers that they would omit photos of Black Lives Matter protesters from their reporting on the basis that such photos “can be weaponized by police forces” against black and brown people who are “particularly vulnerable.” In their ideological aims to support the protesters, however, these student editors are hiding newsworthy photographs from the public eye.

The editorial board of the Middlebury Campus even went so far as to criticize the media for substantially covering the violence, looting, and rioting of the Black Lives Matter protests, claiming that this coverage causes a loss of a “deeply important context about what is happening in America right now.” In essence, these students are arguing newspapers should shape their news coverage to positively portray a movement that they subscribe to —  as opposed to reporting on it accurately and objectively.

But it’s not as though Middlebury’s student journalists are pretending to uphold objectivity.

“As a media outlet dedicated to informing the Middlebury community and uplifting its voices,” the Middlebury Campus editorial board wrote, “we have a responsibility to engage in this fight with everything we publish.”

And the student journalists at Middlebury College are not alone.

At Wesleyan University in Connecticut, the editorial board of the student newspaper apologized for a “lengthy history of racism that we must address.” The only example of “racism” they cite is an op-ed from 2015 titled “Why Black Lives Matter Isn’t What You Think,” in which a student columnist argues the spike in murders following the Baltimore riots possibly resulted from the Black Lives Matter movement’s “vilification and denigration of the police force.” Opinions critical of the Black Lives Matter movement, it seems, are not welcome in Wesleyan University’s newspaper.

And at the University of Oregon, the editors of the student newspaper believe that striving for journalistic objectivity is racist.

“Historically, the ideal of journalistic ‘objectivity’ has perpetuated white supremacy by framing the white, male, cisgender and heterosexual experience as neutral and all other identities as deviating from the norm,” the editorial board wrote for the Daily Emerald.

Of course, it would be wrong to frame the experiences of white men as “neutral,” but that’s not really what the editors of the Daily Emerald are arguing against. They are arguing against an approach to journalism that does not treat the Black Lives Matter movement’s tenets as morally right. The editorial board of the Daily Emerald pledges to their readers that they will “use our platform to amplify Black and Brown voices in demanding change from [the University of Oregon] and the City of Eugene,” “teach anti-racism,” and “fact-check police sources as thoroughly as any other source.” In other words, they will use their journalism to further the Black Lives Matter movement’s activism.

Woke newsrooms that seek to convince readers of their progressive ideas through slanted journalism and filtered opinion sections are only growing in America. One only needs to look to the outrage from young woke journalists at the publication of Sen. Tom Cotton’s pro-military, anti-riot op-ed in the New York Times to see the rise of this activist journalism. Many of these activist journalists believe fairness and objectivity should not be applied to issues like President Donald Trump, abortion, the Black Lives Matter movement, Title IX, and transgender rights. Instead, they believe a principled stance should be taken so that readers can be reminded that “Trump is a racist” and “abortion is wonderful.” It’s a powerful viewpoint that is seriously challenging the journalistic tradition of aiming for widely acceptable neutrality.

Wesley Lowery, a journalist who faced objections from his former employer, the Washington Post, after he expressed strong opinions on social media, summed up this viewpoint when he wrote, “American view-from-nowhere, ‘objectivity’-obsessed, both-sides journalism is a failed experiment. We need to rebuild our industry as one that operates from a place of moral clarity.”

Student newspapers largely operate independently from the oversight of journalism professors, so it’s unclear where student journalists have adopted their beliefs. In some cases, students have even moved away from objectivity to the displeasure of their journalism professors. Last year, for instance, student journalists at Northwestern University apologized for posting pictures of protesters on social media. The dean of the journalism school, Charles Whitaker, issued a statement denouncing the move and stating that the newspaper “had an obligation to capture the event.” It is possible that many college students are simply going into the business of journalism with the objective of furthering the activism they have been taught to pursue elsewhere in their radicalized universities.

From the current state of campus newspapers, one can surmise that this new experiment is not going away anytime soon. In fact, the stance of activist reporting is the very doctrine that students at campus newspapers are promoting. And it will be the doctrine that they espouse when they take on roles in the mainstream media, perhaps formally dismantling the philosophy of objective journalism the media maintains it upholds.