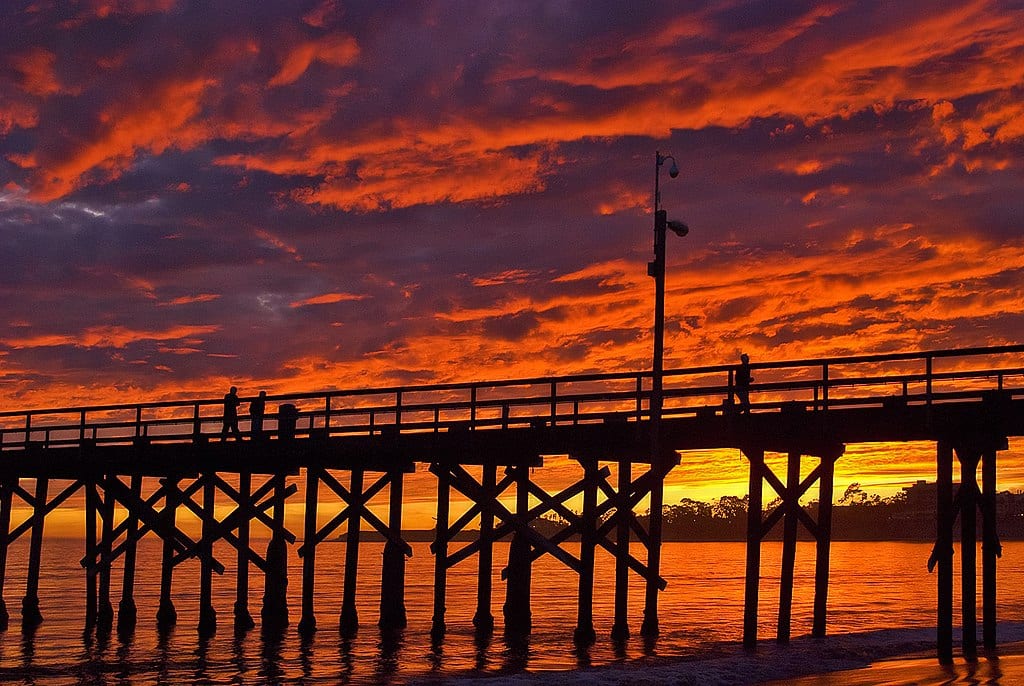 As California’s particularly vicious wildfire season raged on, President Donald Trump and outgoing Gov. Jerry Brown couldn’t help but use the tragedies to grind their own particular policy axes. Both of them touched on some reasonable points, but I was left wishing they’d just shut up, tend to their bread-and-butter responsibilities, and articulate whatever policy proposals they have after fire crews are done sifting through the charred remains of human bodies.

The president received widespread rebuke after tweeting the following on Nov. 10: “There is no reason for these massive, deadly and costly forest fires in California except that forest management is so poor. Billions of dollars are given each year, with so many lives lost, all because of gross mismanagement of the forests. Remedy now, or no more Fed payments!” There’s a kernel of truth here, of course. Government management of forests does affect forest fires, but threatening to withhold federal funds while the state is burning is an odd time to get the point across. He eventually sent the funds, but he didn’t get all the facts right.

As CALmatters columnist Dan Walters pointed out, “The federal government controls virtually all of the state’s publicly owned forestlands, including Plumas National Forest, site of the deadly Camp Fire, and Trump had reduced funds for cleaning up fire-prone vegetation.” Others note that Paradise and the Malibu areas aren’t actually in these forests, but in areas where urban development interfaces with wildlands. They are areas that burned not that long ago and didn’t seem to have a particularly large problem with underbrush.

Furthermore, California lawmakers, including Brown, recently signed a law that earmarks a ton of money for state officials to thin out overgrown forests and which gives private firms more latitude in thinning out forests. It’s a bad bill for various reasons, but it’s hard to argue that California officials aren’t trying to address the problem.

Likewise, Gov. Brown used the tragic fires to promote his global-warming hobby horse. “Managing all the forests in every way we can does not stop climate change and those who deny that are definitely contributing to the tragedies that we are now witnessing and will continue to witness,” the governor said in response to the Trump tweet. Brown warned about future problems because of our failure to turn back climate change, while other state officials chimed in that global warming is extending the length of our fire season.

Global warming may indeed be exacerbating the fire season and reducing the Sierra snowpack, but it still seems like a strange abdication of responsibilities to focus on changing the entire Earth’s climate rather than on dealing with the decidedly more banal issues involving firefighting and public-lands management. A recent Los Angeles Times article got it right: “Both leaders are in a sense promoting their political agendas. In Trump’s case, that is an attack on environmental regulations. In Brown’s, it is a call to arms to slow global warming. But as is often the case with political rhetoric, reality is far more complicated.”

Environmentalists also complain that deadly wildfires are becoming more common because more people are encroaching on wildlands. That, too, is true but part of the problem is that so much land is off limits to development in California and the state continues to grow. California has a vast housing crisis caused by too little home construction over too many years. Sure, there’s room for growth in the existing urban footprint, but the state’s burdensome land-use rules naturally push so much new development along the urban fringe. And, fortunately, we do still have some system of property rights, where people are free to live where they choose.

The best way to guard against that risk is to let markets do their thing and impose a cost on those who live in riskier areas. But Gov. Brown this year signed into law Senate Bill 824 which, as the Department of Insurance explains, “prohibits insurance companies from cancelling or non-renewing any homeowner policies within or immediately adjacent to the fire perimeter of a declared emergency area for one year — extending current protections for those who experience total loss to add consumers whose homes survive the blaze.” If you want less building in the perimeter areas, you need to let insurers raise prices or refuse to insure properties in overly risky areas.

The state also has done a poor job dealing with one possible cause of the latest wildfires, which may have been electrical equipment and power lines. Pacific Gas & Electric is still investigating the cause of the latest fire, but already is facing a lawsuit. Last month, Brown signed into law the hugely controversial Senate Bill 901, which “directs the California Public Utilities Commission to conduct a stress test to determine how much utilities can pay for wildfire-related damages,” as CNBC reported. “It also would allow PG&E to issue ‘recovery bonds’ that would help it finance costs from last year’s devastating fires in the state’s North Bay region.”

Critics are right to call it a bailout of the state’s regulated utilities. The governor doesn’t want them to face financial hardships given how dependent the state has become on utilities as we move toward additional solar-power-related mandates. The governor tried, but failed, to include in that legislation limits on utility companies’ liability by eliminating “strict liability” under California’s inverse-condemnation laws. If utility companies are shielded from liability for fires, it not only increases the costs on insurers and their policyholders, but provides less incentive for the utilities to upgrade their equipment to protect against future fires.

Finally, the state misuses its firefighting resources. We all appreciate firefighters, but in California they earn median compensation packages of nearly $200,000 in cities and county departments and around $145,000 at Cal Fire. Many firefighters earn packages that are two or more times those averages. That means fewer funds to pay for additional firefighters — and more reliance on labor from the state’s prison inmates, who receive only a few bucks a day for some really tough work. But Brown, for all his talk about broad-based climate problems, was never willing to deal with easier-to-fix issues involving labor contracts and utility companies.

The fires are horrific, with the death toll now at 50 people. The northern wildfire, known as the Camp Fire, is the deadliest one in the state’s history, claiming 48 of those lives. Nearly two years ago, the same general area was threatened by a crumbling spillway at the nation’s tallest earthen dam at Oroville. Heavy flooding is one thing, but tens of thousands of people were evacuated from that part of the valley because of the government’s failure to adequately maintain a crucial piece of infrastructure.

Human and governmental negligence caused the dam near-disaster. They certainly have contributed to the current fire situation. But I’m afraid that point will be lost as the president and governor focus on hobby horses rather than practical solutions.