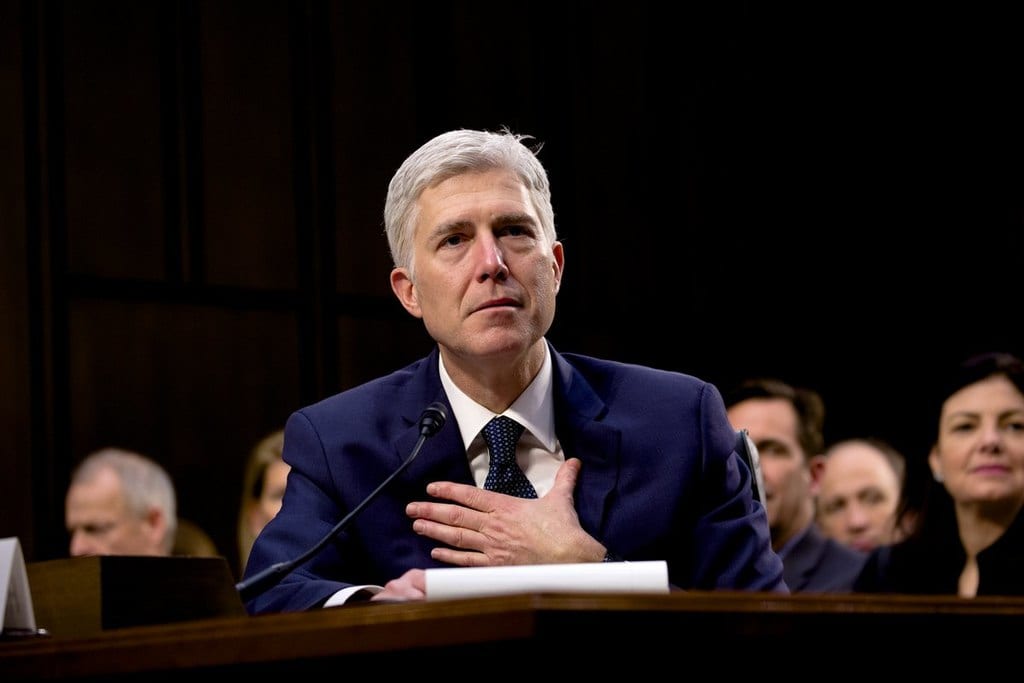 California’s government has set itself up as Ground Zero for the resistance, epitomized by the 29 lawsuits the state has filed or joined (with other states) since the beginning of the Trump administration. Most of these cases are symbolic and serve mainly to energize the Democratic base. They make for great political theater and also offer an unusual narrative as left-wing California becomes the new redoubt of states’ rights.

The courts will sort through that mess, but there’s a far more noxious way that California’s union-dominated Legislature is resisting changes at the federal level. In particular, the U.S. Supreme Court is soon expected to issue a ruling in the Janus v. the American Federation of State, County and Municipal Employees case. Given the makeup of the court, virtually all court watchers expect the high court to toss a law that requires public employees to pay union dues.

This is a fabulous likely development, and could be the president’s most significant achievement given that Justice Neil Gorsuch is the swing vote. Since the 1977 Abood decision, the court allowed workers to opt out of the portion of union dues that is used for direct political purposes, but not for collective bargaining. Janus’s plaintiffs argue, however, that all dues payments — even those related to contract negotiations — are inherently political. This surely is true, given that union contracts affect policy issues such as public spending, pension debt, and tenure.

Instead of waiting for the ruling and then following the new law of the land, the state’s unions and legislators — but perhaps I repeat myself? — are preemptively undermining what they expect that decision to be. As I reported for the Spectator in March, “some unions have sent out contracts to their members with ‘trap language’ that essentially convinces them to give up in advance (at least temporarily) any new rights they might get following a Janus verdict.” Last year, the state passed a law allowing unions to hold on-the-job recruitment sessions.

Now, their efforts are getting more brazen. The California School Employees Association, the union representing non-teacher school employees, sent out an email to public schools on Tuesday detailing some of the new rules included in a newly passed budget trailer bill. For starters, the new measure “requires school districts to refer all requests from union members to revoke their dues authorization over to the union, which then is responsible for notifying the employer if the revocation request should be honored.” The bill “also confirms that CSEA’s new membership application which requires a one-years dues commitment is enforceable.” Critics of such contracts have argued that they may not be legally enforceable, so the state has, once again, weighed in on the side of unions.

According to CSEA, the new trailer measure also “prohibits employers from engaging in communications with more than one employee about their right to drop union membership unless and until the employer has negotiated over such communications with the certified union” and mandates that those previously approved orientation seminars are kept out of the public view by exempting them from the California Public Records Act.

The California Policy Center’s Ed Ring detailed some of the other overtly anti-Janus bills that have been enacted so far. Two of them expand the categories of public-sector unionization. The first would unionize the staff for the Judicial Council, which is responsible for running the state’s court system. It’s easy to see how that would undermine the administration of justice. The second would unionize student employees at colleges and universities.

Another measure gives the union-dominated Public Employment Relations Board the power to police the way that employers communicate about unionization to their employees. A fourth law would require employers to pay a union’s legal fees involving most disputes. Other bills that currently are making their way through the Legislature would likewise hamper the ability of employees from deducting dues in the future, subjecting the decisions to approval by the union.

As Ring explained, Democratic lawmakers are taking a five-prong approach. First, they are expanding the categories of public unionization. Second, they are limiting the ability of employers to discuss employees’ post-Janus rights. Third, they are limiting the ability of local agencies to honor the requests of employees who may want to withhold union dues. Fourth, they are forcing agencies to pay unions’ legal dues if they lose these disputes. Fifth, they are shifting the adjudication of such disputes from the courts to a union-friendly agency.

On an unrelated note that gives insight into how the government here operates when it comes to unions, last month the Fresno-based 5th District Court of Appeal ruled that the Agricultural Labor Relations Board — a union-dominated agency that was formed in the 1970s to give farm workers a voice — is required to count the votes of farm workers who were deciding whether to decertify a union. It’s taken five years to get to this point. The union-friendly agency wouldn’t even count the workers’ votes. Apparently, workers are free to have a voice provided that voice favors union representation.

If anyone still has any illusions about how the state government operates on behalf of unions, consider that PERB, which is gaining a vastly expanded role, is the same agency that tried to invalidate a 2012 pension-reform measure approved by San Diego voters. The agency’s argument: the reform should have been negotiated with the city’s unions rather than placed on a ballot — something that would eviscerate the citizenry’s constitutional right to vote.

This is a reminder that an expected favorable ruling, however wonderful it might be, is not a panacea in dealing with union power, especially in liberal states such as California. It will help level the battlefield, but conservatives still have a long fight ahead of them.