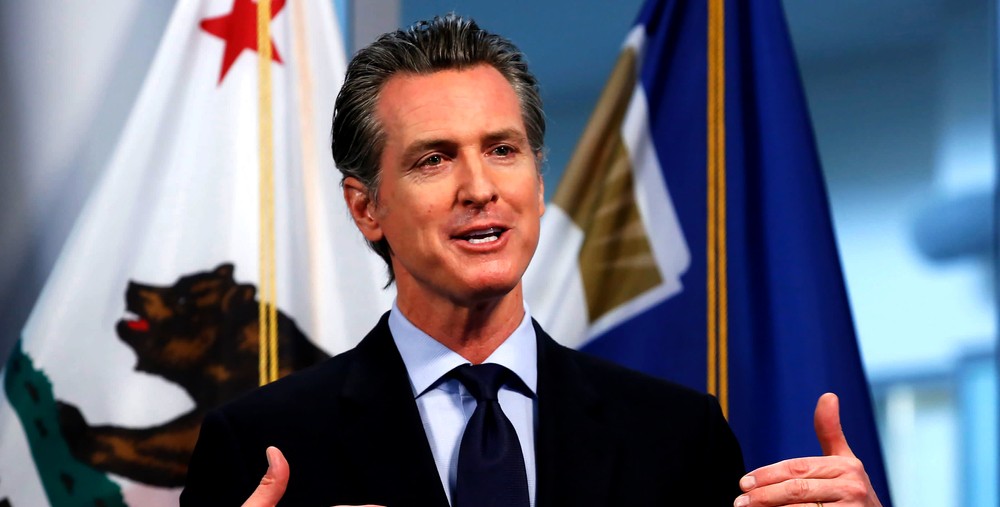 California Gov. Gavin Newsom has always claimed that he has based his coronavirus-related stay-at-home orders solely on the “science,” yet suddenly — without any dramatic changes in scientific breakthroughs, albeit following some hopeful decreases in hospitalizations — he announced a wide-ranging reopening that lifts stay-at-home orders and gives county officials the final authority on such matters.

“As cases surged after Thanksgiving, Newsom tore up his playbook,” AP’s Don Thompson reported last week. “Rather than a county-by-county approach, he created five regions and established a single measurement — ICU capacity — as the determination for whether a region was placed under a stay-at-home order.”

This “trust us, we know what’s best” attitude combined with the arbitrary nature of Newsom’s edicts are the real source of growing disdain.

That regional approach was particularly frustrating for county officials. For instance, after Newsom lumped the Central Coast with Los Angeles and Southern California, there was nothing officials in, say, Santa Barbara and San Luis Obispo counties could do to safely reopen. Those counties have a combined population of less than 800,000 people. No matter how well they contained the pandemic, their numbers are dwarfed by 10-million-population Los Angeles County.

As it appeared that there would be no reopenings based on the administration’s stringent ICU-capacity criteria, Newsom lifted the order for the 13-county Sacramento region, as Thompson added. “Suddenly, outdoor dining and worship services were OK again, hair and nail salons and other businesses could reopen, and retailers were allowed more shoppers inside,” he wrote. “Local officials and businesses were caught off guard.”

The key takeaway from this AP report: The governor had always vowed to maintain transparency regarding all his COVID-19-related decisions, yet “his administration won’t disclose key information that will help determine when his latest stay-at-home order is lifted.” The state finally released the information this week, but only after being embarrassed by officials’ claims that the public wouldn’t understand the information.

It’s hard not to agree with California Republican Party officials, who suggest that the long-awaiting rule loosening is driven more by political expediency than anything that health authorities have determined. We’re all relieved by a rollback in these restrictions, but who doesn’t suspect that Newsom’s change of heart is driven by news that a recall campaign is approaching the 1.5-million-signature threshold needed to place it on the ballot?

Suddenly, this long-shot idea has legs, and Newsom is beginning to take notice. The signature-gathering is going well, and some Silicon Valley donors recently announced their support. That means that recall supporters will probably have enough money run a serious campaign — if or when the measure qualifies for the ballot. San Diego’s well-respected former mayor, Republican Kevin Faulconer, is sending out trial balloons to run as a replacement candidate, so for the first time in ages the GOP might have a serious gubernatorial candidate.

The COVID-19 restrictions have fomented widespread anger — and not just among conservatives. So have the ongoing electricity blackouts and other scandals. There’s a sense — even among some Democrats — that Newsom doesn’t have his head in the game. His well-publicized attendance at a mask-less birthday dinner for a lobbyist friend at a tony Napa eatery (Google “French Laundry”) resonated widely with the public — and has served as a rallying cry for recall supporters.

If the state based its toughest-in-the-nation coronavirus restrictions purely on scientific considerations, then why was the governor so reluctant to provide the public with the data that has undergirded state pandemic decisions? This “trust us, we know what’s best” attitude combined with the arbitrary nature of Newsom’s edicts are the real source of growing disdain. Most Californians have complied with coronavirus restrictions, but they have no realistic way to plan — or even understand — the basis for Newsom’s seesawing edicts.

It’s easy to conclude that — big surprise here — California’s progressive leadership isn’t particularly concerned about the plight of small businesses and average private-sector Californians, whose lives have been disrupted and incomes obliterated. After all, the state budget is awash in surplus, which is the result of our highly progressive income-tax system. Wealthy investors are doing quite well despite the pandemic, so the budget is awash in cash.

Some of Newsom’s biggest supporters — the state’s highly paid and politically powerful public employees — are doing quite well, also. The governor is looking at restoring the modest pay cuts for public employees that the state imposed in the thick of the pandemic. Check out Transparent California to see the literally unbelievable levels of compensation earned by California public employees.

“Pay raises for most of San Francisco’s municipal workforce just kicked in — they add about $2,340 a year to the annual base pay of an experienced Muni driver, about $3,633 more for a registered nurse, and a whopping $10,000 to $14,000 for the city’s top executives,” according to a recent San Francisco Chronicle report. Maybe we’re not really all in this together.

Meanwhile, the teachers’ unions are resisting the governor’s latest reopening framework. As the Orange County Register Editorial Board noted, the governor’s new “Safe Schools for All” plan requires schools to come to terms with local unions: “As a result, mostly poor union-controlled schools will face delays — and unions will use these requirements to exact salary concessions.” Why reopen when you receive full pay to stay at home?

Between the reopening fiasco, a stepped-up exodus of businesses out of state, and a disability fraud scandal that has thus far cost $11 billion, the governor has gone from plotting his presidential run to trying not to turn into the second coming of Gray Davis. It’s not particularly cynical to suspect that these political considerations — rather than any scientific understanding — are driving the state’s reopening.