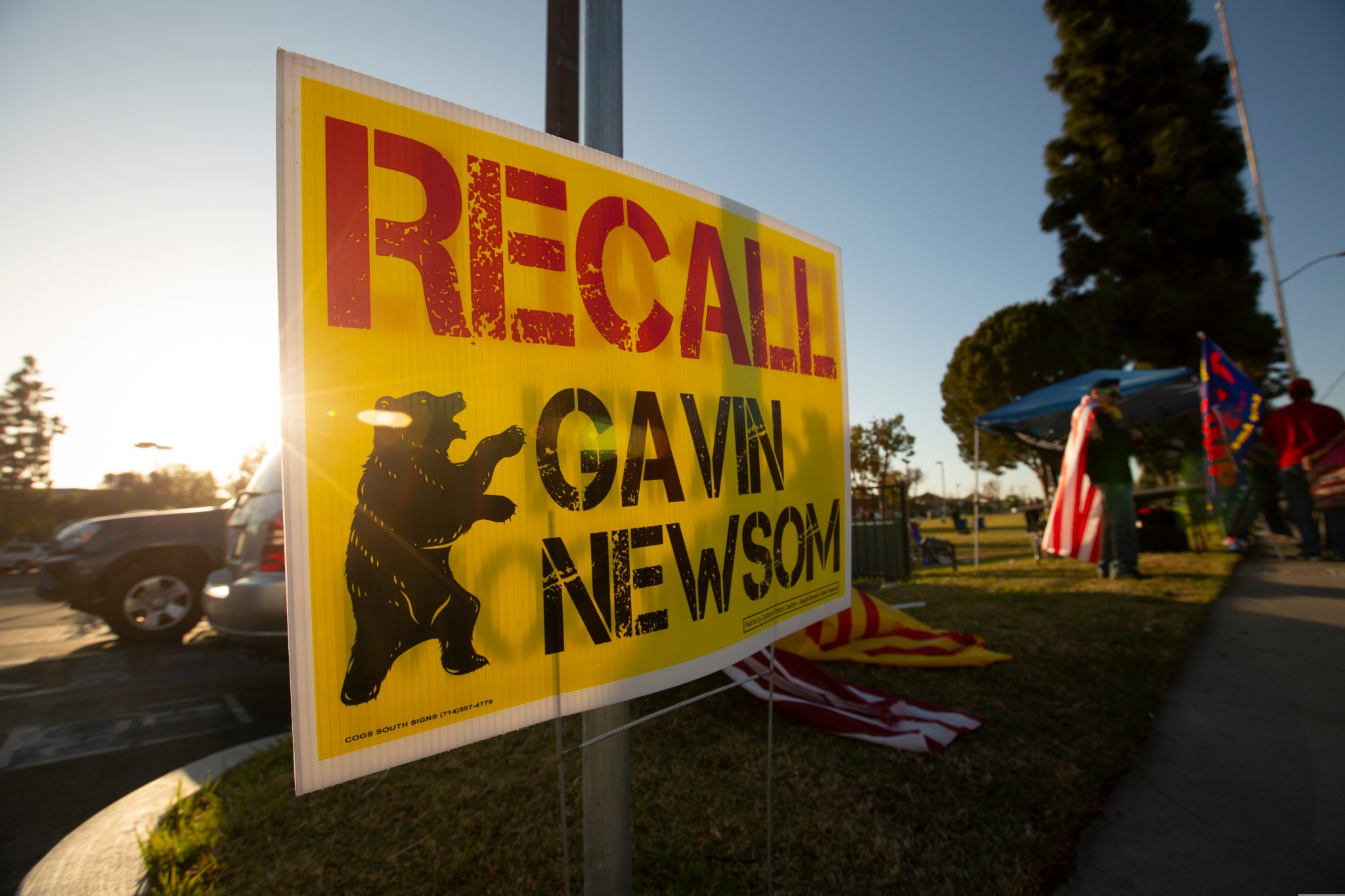 Democratic Gov. Gavin Newsom only took office in 2019, yet he has faced a seemingly endless stream of recall efforts mostly related to his handling of the coronavirus situation. To date, he has brushed off several recall signature-gathering drives. They were useful for conservative venting perhaps, but stood virtually no chance of qualifying for the ballot.

Successful recall campaigns require tons of cash, big-name endorsements, and, well, something beyond grassroots anger to make it happen. Even with California’s generous recall rules, it takes a lot more than an edgy Facebook presence to dislodge a sitting governor.

Yet even mainstream news reports suggest that Newsom is getting seriously nervous about the latest recall attempt, which is looking more like the campaign that booted Gray Davis out of office in 2003 than the last few trial balloons. Voters rejected Davis after they tired of rolling electrical blackouts, soaring deficits, and giveaways to the prison-guards’ union. These days, voters are building a more impressive list of grievances.

“After banging at the recall door unsuccessfully five times, conservative drives to oust Democratic Gov. Gavin Newsom may suddenly be getting traction,” Politico’s Carla Marinucci explained in mid-December. “And that’s because there’s a perfect storm of political developments that could make this latest long shot attempt the one to take very seriously, according to conversations with a host of political insiders on both sides of the aisle.”

Marinucci pointed to a few reasons why this recall is becoming more realistic than other recent attempts. For starters, the Republican establishment is backing the effort — and not just online activists. There’s growing fundraising muscle to back the signature gathering and eventual campaign effort. Online activists can’t carry a recall effort on their own, but she notes that their existence can certainly boost the campaign.

And, Marinucci adds, California makes the recall a simple “yes” or “no” question, which will keep this debate centered on the flaws of the incumbent rather than on his challengers. In the 2003 recall, Davis faced 154 challengers — and ultimately was replaced by Arnold Schwarzenegger, but that’s a separate question. On the key question, voters need only decide whether, like Bob’s Big Boy, Gov. Newsom should stay or go.

That Politico article is a month old. Now, recall supporters have gathered a million signatures — more than half of the number of total signatures they need to gather to qualify for the ballot. I’m seeing signature tables everywhere — not just at stores, but by the side of the road and in parking lots and people’s front yards. I’ve seen people wait in line to sign the petitions. Many of my Democratic friends are tired of the governor too.

We’re seeing signs of Newsom’s nervousness. At a press conference Tuesday, leaders of the California Democratic Party made outrageous allegations. “This recall effort, which really ought to be called the California coup, is being led by right-wing conspiracy theorists, white nationalists, anti-vaxxers and groups who encourage violence on our democratic institutions,” said Democratic Party Chairman Rusty Hicks, according to a Sacramento Bee report.

This would be an odd definition of a coup given that the right to a recall has been a part of the state Constitution since the days of Progressive Gov. Hiram Johnson. As the Los Angeles Times aptly retorted, “Hicks did not provide details or evidence to back up the assertions made during the news conference. A spokesman for Newsom did not respond to a request for comment about the party calling the recall effort a coup.” Imagine that.

The likeliest big-name opponent to take on Newsom is former San Diego Mayor Kevin Faulconer, who is a model of Republican moderation, in politics and temperament. To depict this recall effort as the culmination of hate groups and conspiracy theorists is so stupid that even some Democrats laughed it off. Newsom and his party can’t laugh off this reality: Faulconer is the toughest imaginable opponent if he decides to actually run.

Although Newsom’s approval ratings remain fairly (and surprisingly) solid, I suspect that the governor understands the depths of his problems. He’s facing growing frustration at his endless lockdowns, his court losses regarding his excessive use of executive orders, and the continuing blowback from his attending a pricey, maskless birthday dinner for a lobbyist friend at the same time he was admonishing Californians to stay at home.

The latter might seem like a little thing, but it had the same effect as that Michael Dukakis photo that helped sink his 1988 presidential campaign. As U.S. News and World Report noted, “The photo of Dukakis with a dopey grin and a huge helmet aboard a tank was turned into an ad ridiculing him as soft on defense.” Likewise, the story — and leaked photos from the French Laundry — of Newsom reinforces the widespread image that he’s an out-of-touch elitist.

Not only conservatives say so. “Two years into his first term, and nine months into the COVID-19 pandemic, Newsom still can’t get his act together,” opined the liberal Sacramento Bee in November after his dinner at the Napa eatery. “If Newsom can’t get his head into the game, perhaps he should make this governor thing a one-term affair and leave the job open for someone with a desire to lead.”

Well, if he stays on the same course, he might not have that decision to make.