by Steven Greenhut
Prisoners on work release from the California Department of Corrections, Ramona, California, May 11, 2018 (melissamn/Shutterstock.com) 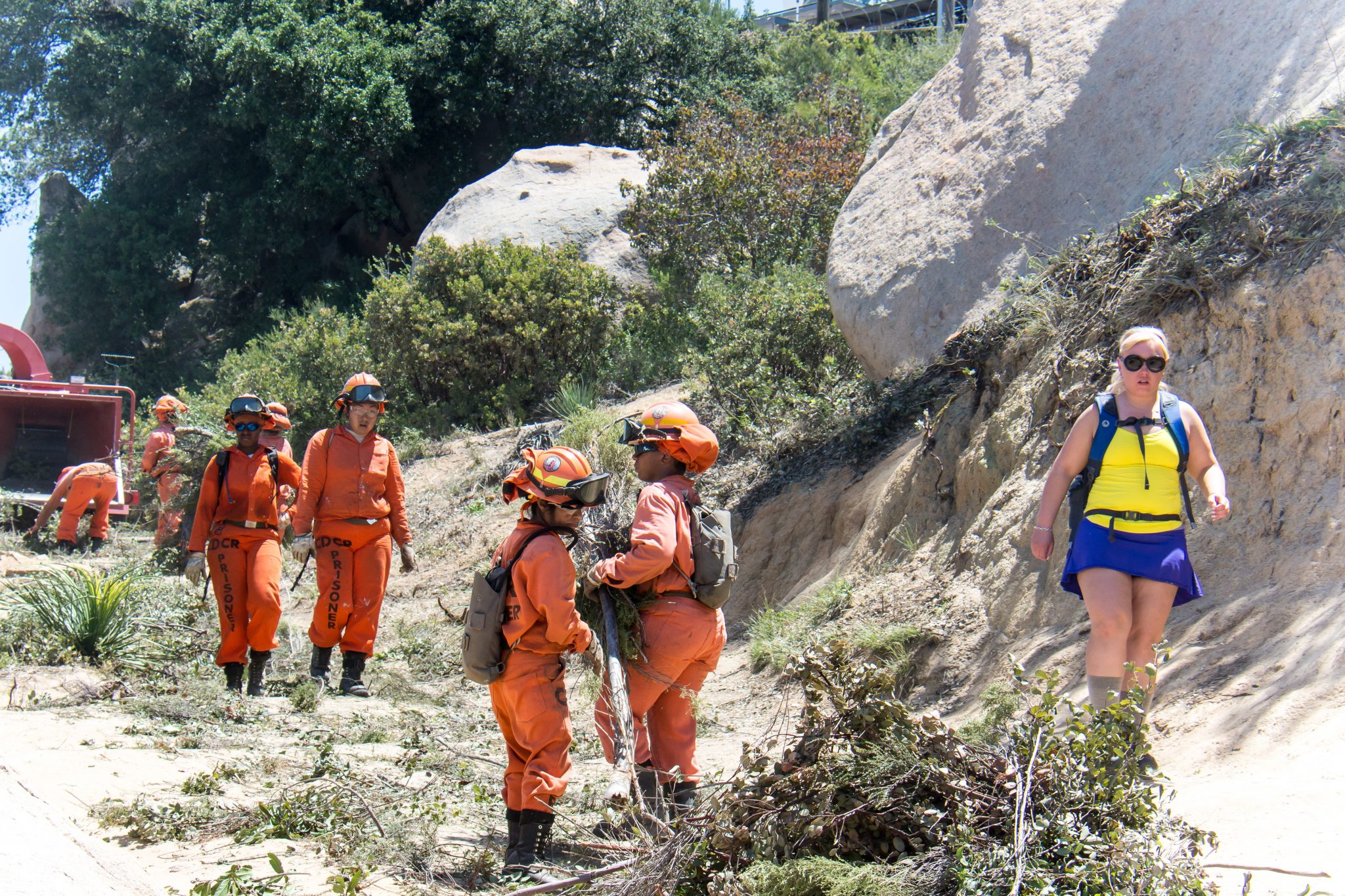 The California Democratic supermajority’s agenda rests entirely on the belief in the need to expand state power to “help” the public — and its concurrent distrust of the “greedy” private sector, which requires more regulation, taxation, and oversight. Virtually every one of the governing party’s legislative proposals falls into category “a” or “b.” That’s how they roll in Sacramento.

So, when the media reports on stark evidence of incompetence at a state agency, the governor and his fellow lawmakers seem incapable of addressing the fiasco. How can the government be the problem? Instead, they make excuses. That’s why California careens from one crisis to another, while the people in charge stand around like deer in headlights.

The latest scandal is a doozy. By July, evidence had emerged that the California Employment Development Department (EDD), which disperses unemployment checks, had been woefully behind in providing checks. Such money might not be a big deal for California’s leaders, who recently have partied at tony restaurants and in Hawaii while telling us to stay home, but they mean a lot to unemployed people during the pandemic.

According to news reports, only a quarter of those who called the agency were able to reach a human being, and most were stuck on hold for eons. The payment backlog finally is shrinking, but hundreds of thousands of Californians still are awaiting checks. The system remains a mess.

This is not shocking, of course, to anyone who has ever tried to reach the Department of Motor Vehicles or Internal Revenue Services. Here’s a hint about the reason: It’s why Safeway does a better job providing groceries than those Soviet stores, where people queued up for hours to pick stale produce from brown boxes.

But the real scandal broke recently. While many Californians who legitimately qualified for those unemployment checks couldn’t get paid or even phone help, a lot of other Californians were receiving checks. The state admits that it paid $400 million in improper jobless benefits to 21,000 people who filed claims in the name of inmates, including some on death row. The state might have lost $1 billion in the process, once the final analysis is complete.

No one seems to know how this happened on such a broad scale. “Investigators working with the state task force are still trying to determine how many of the claims identified were filed from prison, how many were filed on behalf of inmates by people who aren’t incarcerated and how many were filed by fraudsters using the identities of inmates without their permission,” according to a Los Angeles Times report. Inquiring minds would like to know.

Gov. Gavin Newsom said he was “deeply troubled” by the problem and touted his new oversight task force, but he also blamed Congress because of its lax standards related to these pandemic-related disbursements. Of course, residents in 49 other states also received those federal payments, and, to date, California seems to be the only one with this extreme level of dysfunction.

“We have asked and implored the governor to get involved himself to turn the spigot off because right now there is no cross-matching between the incarceration data and EDD on a routine basis like is done in 35 other states,” said Sacramento County District Attorney Anne Marie Schubert. County DAs — not state officials — uncovered the schemes.

Newsom and legislators arguably resisted stepped up oversight of the department back when the agency simply was causing frustration to unemployed people rather than embarrassment to themselves. In July, Assembly Member Jim Patterson, R-Fresno, accused the Legislature of stalling hearings to protect Newsom. The Legislature claimed otherwise, but the scandal dragged on for months without an effective response from the Democratic leadership.

Everyone understands that the pandemic imposed new burdens on the agency, but as the Orange County Register noted, that agency is no stranger to problems. “Back in 2011, the state auditor said that its ‘unemployment program has struggled to effectively serve California’s unemployed in the face of significant workload and fiscal challenges.’ That same report noted that ‘from 2002 to 2011, the department did not meet acceptable performance levels as set by the federal labor department,’ ” according to a recent editorial.

This is how government scandals unfold. No one with authority does much (except demand more taxpayer money) as the problem simmers. Then something embarrassing emerges in the news media — and lawmakers hold press conferences and announce oversight committees. When the bad news fades, everything returns to “normal.” I seriously doubt that 10 years from now anything will operate differently at the state EDD.

By the way, in March the California state auditor released an audit regarding one narrow aspect of the department’s operations. The auditor had found that the Employment Development Department each year mailed millions of documents that included the claimants’ full Social Security numbers, which provided an open invitation to identity theft.

On Nov. 19, the auditor released a follow-up report finding that “EDD has not yet removed SSNs from some of the most commonly mailed documents as we recommended, meaning that EDD has continued to place Californians at risk of identity theft.” Can you imagine what the governor, Legislature, and attorney general would do had a private tech company endangered its customers’ identities and then didn’t fix the problem after it was exposed?

California’s leaders never see the obvious disconnect because of their ideological blinders. Many government agencies are necessary, but they aren’t the model for a humane society. In other words, the EDD scandal isn’t really an aberration — and California will continue to face similar scandals until lawmakers try a different path.