by Steven Greenhut
A truck on the roads of California in the Mojave desert (Fabio Michele Capelli/Shutterstock.com) 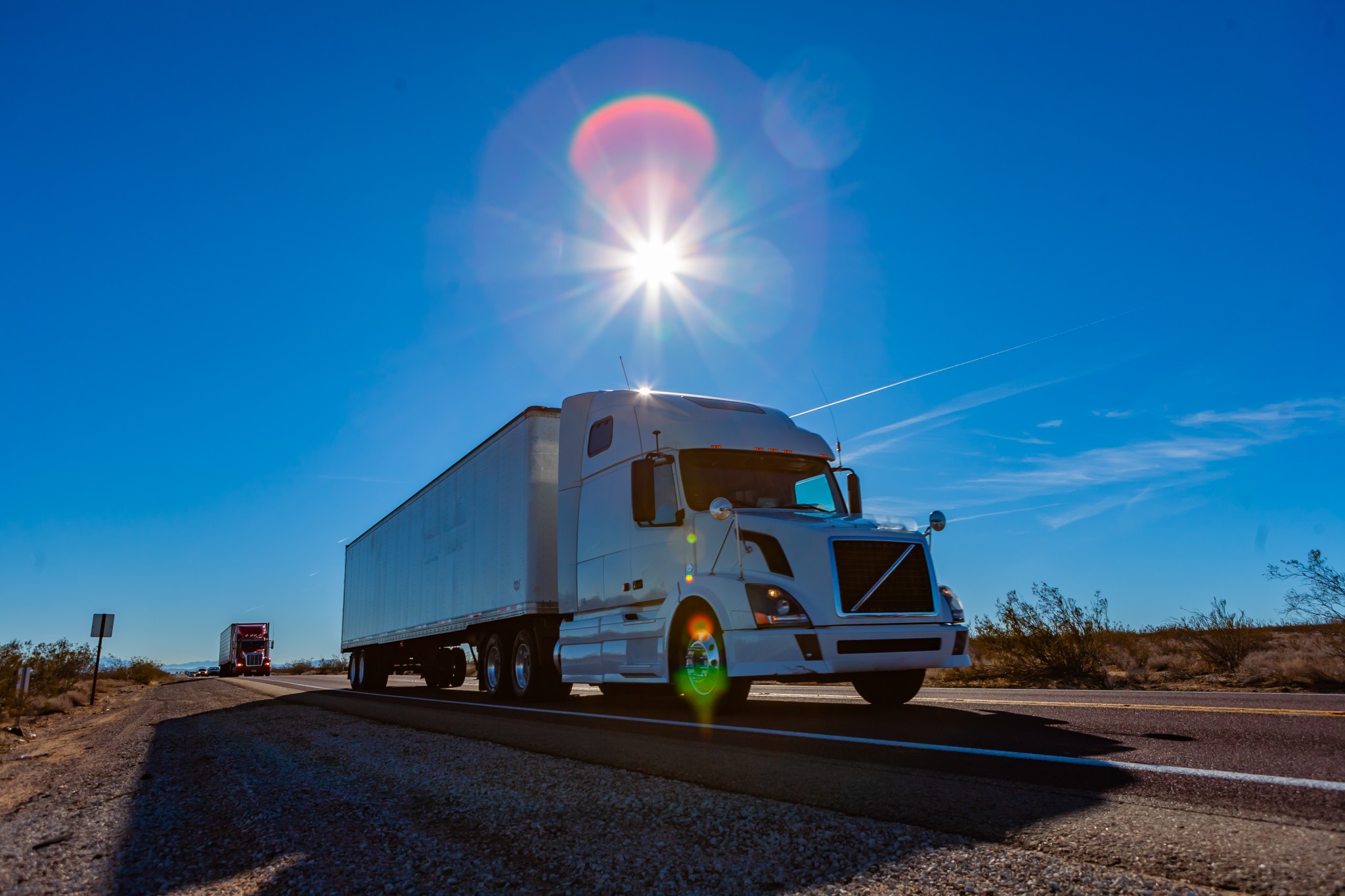 Nearly 40 percent of cargo shipped into the United States enters through the ports of Los Angeles and Long Beach, but container ships — which typically unload quickly and head back to Asia — are backlogged dozens deep and often for days. The ports have moved toward 24/7 operations, but the bottleneck there is wreaking havoc on the nation’s supply chain.

“In L.A., even if barges are unloaded more quickly onto the docks, there aren’t enough truck drivers and available warehouses to prevent bottlenecks from forming elsewhere,” the New York Times reported. “After all, it’s a supply chain, and the port is just one link.” Problems at the Los Angeles ports are increasing pressure up and down the West Coast, from San Diego to Tacoma, Wash.

The key problem is an insufficient number of truckers to take these consumer goods off the ships and to warehouses and stores across the nation. Mainstream analysts noodle the many reasons that fewer people want to drive trucks these days, and focus on banal trends such as the aging workforce and drivers who quit over the fear of getting COVID.

The nation is home to 3.5 million professional truck drivers, so there are millions of reasons why individuals stay or leave that profession, but, apparently, it’s off base to talk about one of the more obvious reasons that California has too-few truckers. Various state-specific public policies have significantly reduced the number of drivers.

For instance, one viral Facebook post said that the problem “is in part caused by a California truck ban, which says all trucks must be 2011 or newer, and a law called AB 5, which prohibits owner operators.” Both of those laws are in effect, and a wide range of academics and policy makers would agree that they are “part” of the problem, but somehow that legitimate discussion is outside the bounds of reasonable debate.

Politifact, the fact-checking journalism service that often reads more like an opinion page, cited the above post and proceeded to declare its claim “mostly false.” That’s odd, because the original post didn’t claim that it was the entire problem, but only part of it. PolitiFact even admits that, “California’s trucking regulations may have had an impact on port backups, but there’s more to it.”

There’s always more to everything than any one simple explanation, but the port backups are unquestionably — and in part — the result of insufficient truckers, and three particular California public policies have made it a lot tougher to operate a truck in the state.

I’ve frequently covered one of those policies on the pages of The American Spectator. In 2018, the California Supreme Court issued its Dynamex decision, which imposes an “ABC Test” on employers for determining whether they may use contractors rather than permanent employees as their workforce. They could only do so in some strictly limited instances, meaning that most businesses — including trucking companies — must rely on salaried employees.

This has wreaked havoc on the trucking industry, which relies heavily on owner-operators. PolitiFact pointed to a Los Angeles Times article noting that, “Some 13,000 truckers regularly serve the ports of Los Angeles and Long Beach. Just a few hundred are classified as employees, despite a decade-long organizing campaign by the International Brotherhood of Teamsters.”

The U.S. Supreme Court recently refused to hear one trucking company’s appeal of a California court ruling that upheld Assembly Bill 5, the state law that codified the Dynamex decision. The Legislature exempted more than 100 industries from the law after it led to widespread layoffs and voters exempted ride-sharing companies such as Uber and Lyft, but left the trucking industry in the lurch. (The California Trucking Association’s lawsuit challenging the law on interstate commerce grounds remains active, but the matter is not yet resolved.)

PolitiFact dismisses any impact on the ports given that the courts have imposed a temporary injunction on the law’s implementation regarding truckers, but that ignores what we’ve seen in other AB 5-related matters. Companies must prepare for its eventual implementation and this most likely plays some part in a declining number of drivers willing to work in California. That’s not much of a leap.

The second matter involves that “truck ban,” by which the California Air Resources Board (CARB) passed in 2008 a regulation that bans the registration of large trucks that pre-date 2011 or have engines built before 2010. The PolitiFact writer dismisses any impact that rule might have by quoting — as her main source on the matter — the communications director for CARB. Well, that certainly settles it.

The engine ban hasn’t instantaneously led to the port back up, but over the years it has reduced the number of truck drivers on the road because it has imposed such enormously high costs on drivers who owned older trucks. That rule has taken around 200,000 trucks off the road and, according to industry estimates, reduced the number of available construction trucks by 20 percent.

Maybe PolitiFact considers this “mostly false” information, but if the state dramatically reduces the number of trucks on the road, it ought not to be surprised that there are far fewer trucks available to offload cars, groceries, and washing machines at the Port of Los Angeles.

One less-known news event — and one that stems from incompetence rather than ideological fervor — is the California Department of Motor Vehicles’ ongoing inability to efficiently get newly trained truck drivers their commercial drivers’ licenses. The San Bernardino Sun reported recently on potential truck drivers who have camped out at DMV offices simply to get in the queue to take their driving tests.

One might blame the problem on a sudden surge in demand, but this has been going on for years. “The commercial side of the DMV is so backlogged that if you finished your truck driving courses today, you’d have to wait 56 business days for an appointment to take your driver’s license test,” the office of Assemblyman Jim Patterson, R-Fresno, told me in 2017.

Of course, there are multiple reasons for the backlogs at the ports, but these state trucking regulations and bureaucracies have contributed, in part, to the problem. Overall, I’d rate the PolitiFact analysis as “mostly false, ideologically driven nonsense.”