In Print — Fall 2019,Top Story Brexit,Britain,European Union,Hillary Clinton,United Kingdom Britain in the Fall (of Brexit?) - The American Spectator | USA News and Politics
Menu
In Print — Fall 2019
Britain in the Fall (of Brexit?)
Help! I’m being held in the EU against my will.
by Robert Taylor
Boris Johnson gives a speech promising to remove Britain from the European Union in July 2019 (Michael Tubi/Shutterstock.com) 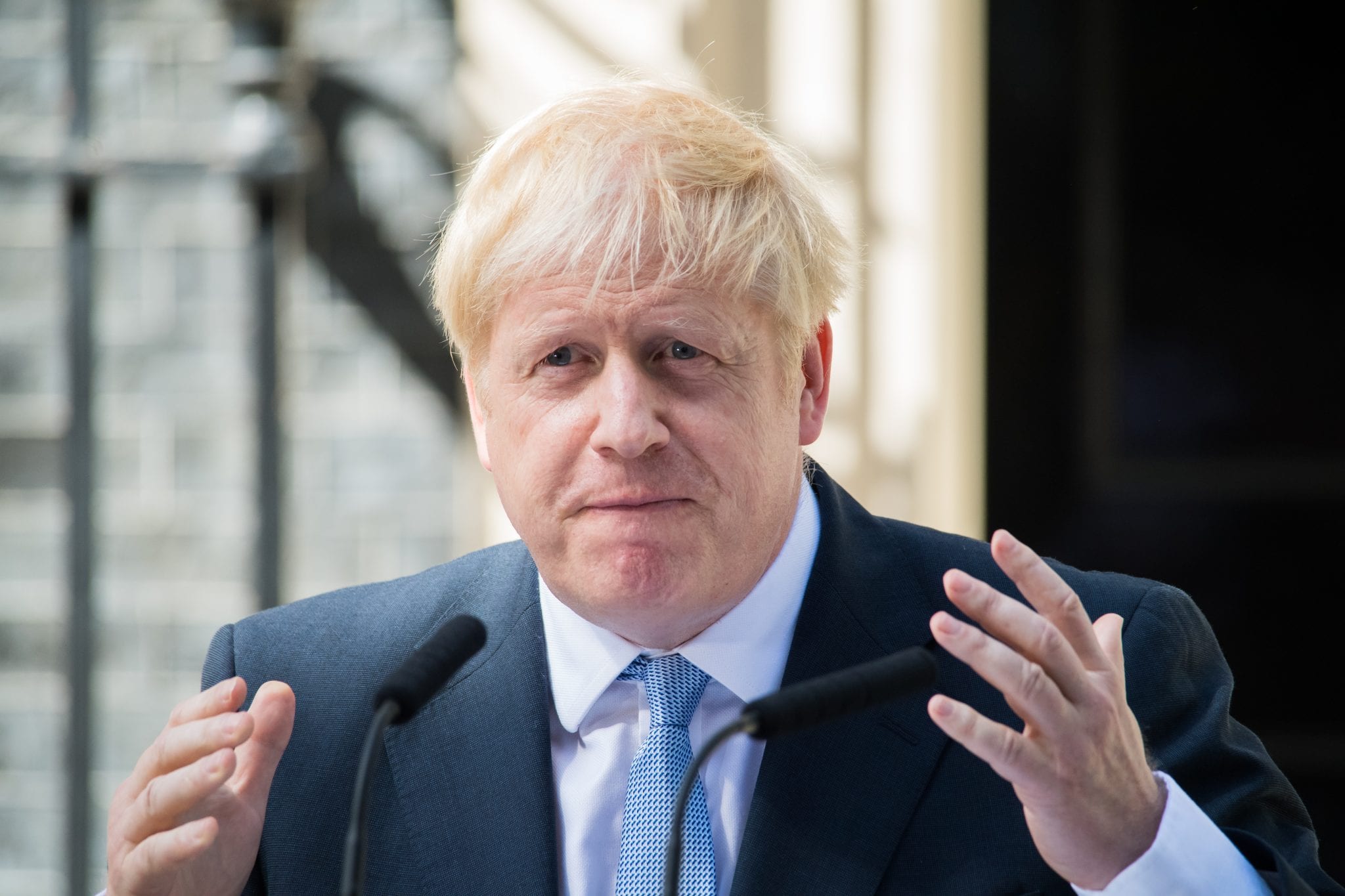 It’s official: We Brits are fighting nothing less than a civil war, with the elites on one side and the people on the other. And this war isn’t over something that’s merely crucial, like the economy, crime, or health services. No, it’s much more important than that. It’s about democracy itself.

Look at the facts. In 2016, the government gave voters a referendum on whether or not to leave the European Union. In the biggest vote in British history, and by a clear majority, we chose to do so. I, along with 17.4 million others, voted to leave because the EU’s arrogant vision of “ever-closer union” goes against the grain of human nature and people’s desire for the primacy of the nation state and because the EU is hell-bent on putting economic and political theory before common sense until we have nothing less than a United States of Europe. God help us.

Yet here we are, more than three years later. Not only has Britain failed to leave the EU, but our elected politicians, and indeed the entirety of the British establishment, are also putting every conceivable obstacle in our way, quite deliberately making it all too likely that we might never get ourselves out.

Hillary Clinton described Trump’s supporters as “a basket of deplorables … racist, sexist, homophobic, xenophobic, Islamophobic.” That’s also how most of Britain’s Remain elite, overwhelmingly hostile to Brexit, regard Leave voters. At best they say Leavers like me were duped by unscrupulous leaders (including Boris Johnson), and at worst that we are ignorant bigots. Our vote to leave the European Union can therefore be overturned, by fair means or foul.

These otherwise sensible, rational people, who have risen to the very top of British government, society, and business, appear to have been overcome by a zombielike obedience to Brussels. Take Boris Johnson’s own brother, Jo Johnson. Until very recently, he was a minister in Boris’ government. But he’s also an ardent Remainer and has therefore resigned at a time calculated to cause his brother maximum political difficulty and embarrassment.

If the prime minister’s own brother puts the EU before family loyalty, you can only imagine what the rest of the Remain elite is prepared to do. They’d drown puppies in a pond if Brussels told them to. One Remainsupporting member of Parliament even said that Britain should be “brought to heel” by the EU. Oh, thanks.

Until very recently, I still (foolishly, it turns out) had faith in British democracy and believed it must triumph. I still (naively, I now realize) trusted our elected politicians to fulfill their promise to implement the result of the 2016 referendum, even if it meant leaving the EU without a deal. I assumed (prematurely, it transpires) that Boris and his fearless, if outnumbered, band of Leavesupporting parliamentarians would find a way to achieve Brexit despite the barefaced, disgraceful, anti-democratic maneuverings of the Remain elite.

But now, after the most dispiriting few weeks of politics in living memory this September, I am genuinely afraid that the elite — smug, liberal, and metropolitan, and including, of course, most members of Parliament — will succeed in either keeping Britain inside the EU against the explicit instruction of the voters or that any Brexit that they agree to will mean Britain being half in and half out.

The elites’ strategy has been as ruthless and duplicitous as it has been effective. First, the overwhelming majority of the politicians standing in the general election of 2017 wooed the voters by solemnly promising to implement the result of the referendum. Second, they refused to back the deal (the “withdrawal agreement”) that Theresa May, Johnson’s colorless predecessor, negotiated with the EU. Third, they passed a law declaring that Britain cannot under any circumstances leave the EU without such a deal. And finally, they formulated a new law that commands Johnson to request yet another extension to our membership of the EU.

They’ve stitched us up like a kipper. And it could go on forever — a kind of purgatory in which our politicians assure us that we will leave the EU but never actually agree a mechanism for doing so. We’ll Remain, in one form or another, in perpetuity.

The last time I visited the U.S., the cab driver who picked me up at Dulles Airport near Washington, D.C., cut straight to the chase in a fashion that we British find startling but refreshing. “Are you Brits crazy?,” he enquired, referring to our decision to leave the EU only to get bogged down in years of wrangling and indecision. “No,” I scoffed. “Don’t you worry. We’ll be just fine.”

I was wrong. Only the elites are fine. We, the ordinary Leave voters, are anything but. We’ve been taken for a ride by the perfidious, unscrupulous bunch who run our country.