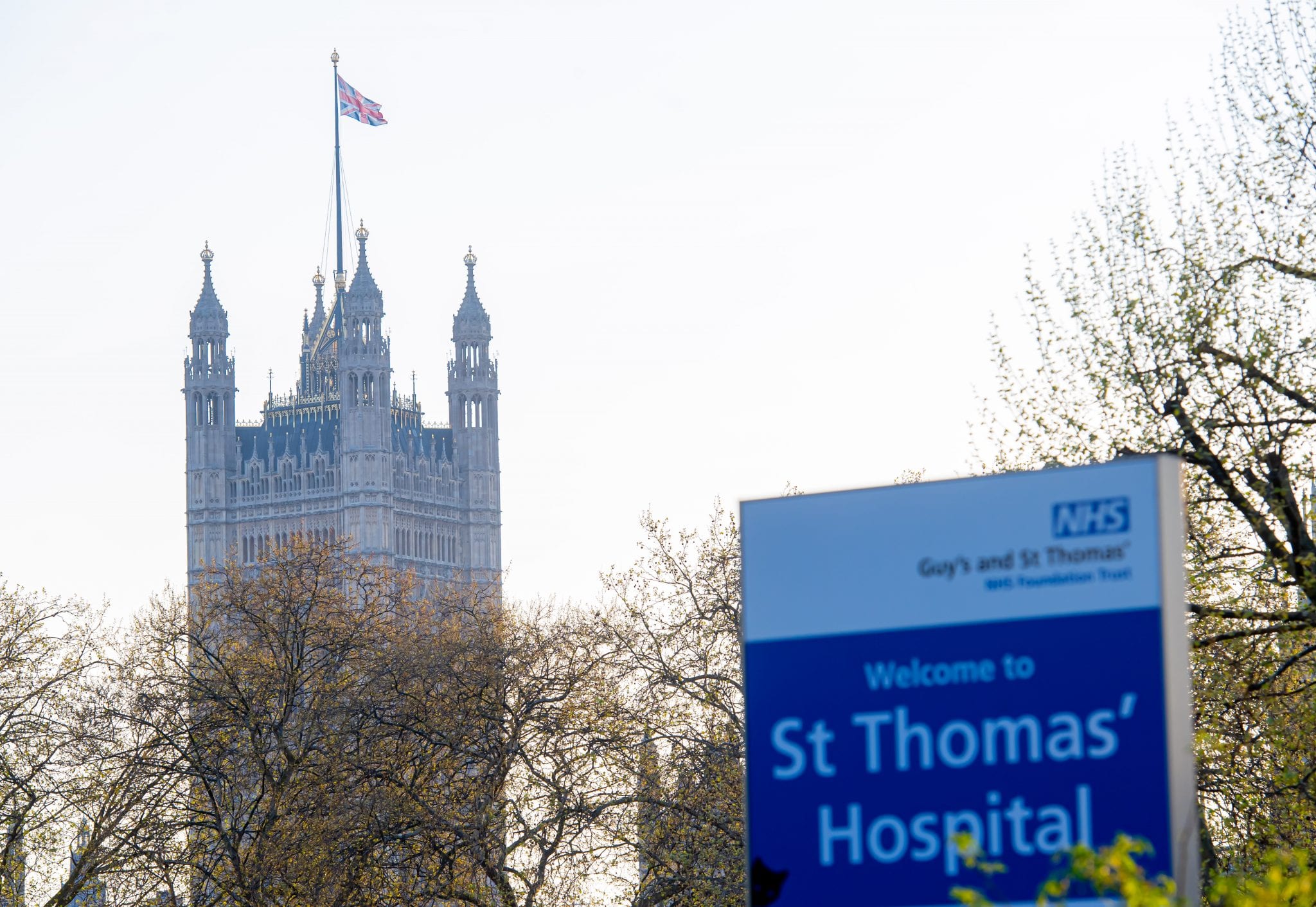 Brexiteers greet the news of Boris Johnson’s slow recovery from the coronavirus with relief. For despite his missteps since becoming prime minister, few who espouse the ideas of British liberty doubt that without his determination and optimism, Britain may never have realized its independence from the European Union.

Equally, few doubt that the political measures taken by the British government to confront coronavirus place that very liberty in jeopardy.

Forced business shutdowns, public gatherings curtained (what of the natural rights to association?), and “stay-at-home” orders have made a mockery of Britain’s historic claims to rugged self-assertiveness. Now, police issue warnings to Britons it deems out-and-about for non-essential reasons. Ticketing and arrests are not inconceivable. Adding insult to injury, neighbor has turned against neighbor, as police hotlines receive calls from “informants” ratting on “suspects” who are allegedly breaking the coronavirus social distancing guidelines.

Former UK Supreme Court Judge Lord Sumption is scathing in his condemnation. After a police drone in Derbyshire captured two individuals with their dogs, roaming in isolation the desolate moor, the video was posted to “shame” other malefactors from similar acts of disobedience.

“This is what a police state is like,” Lord Sumption declared. “A state in which the government can issue orders or express preferences with no legal authority, and the police enforce minister’s wishes.”

Even as the coronavirus “curve” seems to be bending, the grab for power rises upward. Breitbart London reports this evening that police want “expanded powers” to fight coronavirus, including the “authority to forcefully enter private residences suspected of hosting forbidden gatherings.”

“An Englishman’s house is his castle” was the former boast, but no more — if the constabulary have their way.  At least Home Secretary Priti Patel is cool to granting their requests.

Fortunately, one Brexit paladin once more rides to the rescue — Nigel Farage. “I fear,” Farage writes in a recent Telegraph column, “that the arbitrary powers now given to the police may remain in place for a long time to come.” He is not alone. “Why?” he asks. “Because I can envisage the argument being advanced by the police that many of their powers must be retained in case another pandemic strikes.”

Nor does anyone believe that authorities will confine their actions to fears of future pandemics. On the pretext of public health and safety, authorities will clamp down on any social activities that call into question how citizens are governed.

As Premier Johnson recuperates, he vows that the Brexit timetable will not be delayed. Britain will either achieve a trade deal with the EU by the end of the year or it will make a “clean break” and abide by WTO rules.

Already, though, many will lament that the Brexit dream of minimal government, maximal liberty has been delayed, if not lost outright. The first sign of this betrayal was evident in March with a budget that boasted millions of pounds sterling for infrastructure projects, climate change and carbon neutral projects, in addition to the usual outlays to the National Health Service and other welfare schemes.

Now, not only will such spending skyrocket as further millions are allocated to displaced workers and businesses due to the coronavirus clamp-down, but civil liberties themselves are also curtailed in the process.

Even to think of Brexit now seems like a lifetime ago, after everything that has happened since the separation from Europe became official January 31. Yet Britons must think ahead with optimism, if only to maintain their own sanity.

What are the lessons for America? President Trump, despite the usual detractors, is the leader for these times.  Considerate and careful, he took steps to close borders and initiate precautions just when they were needed. “We cannot let the cure be worse than the problem itself,” the president tweeted in mid-March.

At that time, the president was anticipating an Easter easing of restrictions; now, the hope is for a slow return to normal in early May.

But what will the “new” normal resemble? Will the state relinquish the enhanced powers it now enjoys? Not without a fight.

At such times liberty lovers on both sides of the North Atlantic must conjure up their inner patriot, as they remember Benjamin Franklin’s astute warning: “They who can give up essential liberty to obtain a little temporary safety, deserve neither liberty nor safety.”